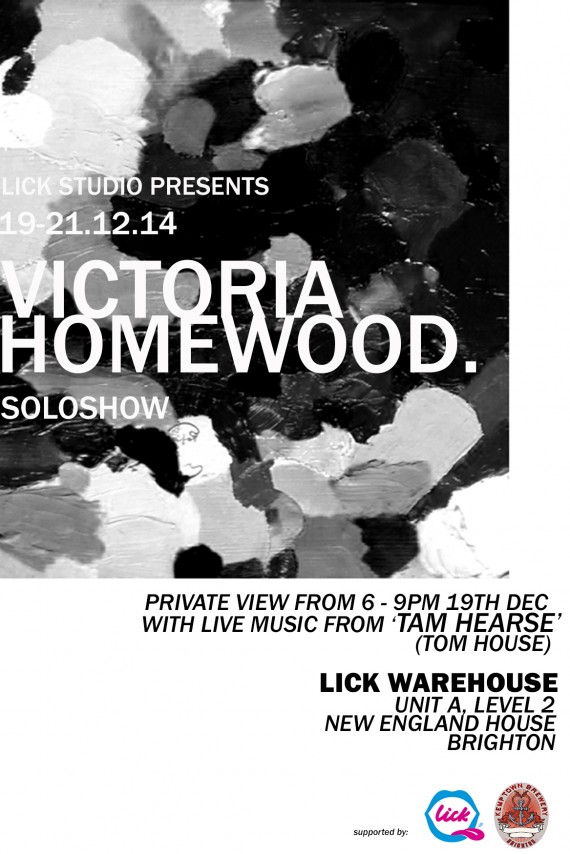 For the past three months our Artist in residence at the Lick Studio has been the lovely Victoria Homewood. She is a Brighton based painter, who has previously performed with the improvised music collective Leopard Leg at the mega Frieze Art Fair, and Whitechapple Gallery London, as well as exhibited at our neighbours the Sussex arts club, to name a few.

While at Lick Studio she has been producing large scale abstracts which will be on exhibition at the Lick Warehouse from the 19th – 21st December 2014.

Victoria has this to say about her work:

“Painting is fundamental to my practice as an artist. I use painting as a visual shorthand to communicate things that I cannot quite articulate with words, because of this I have developed a semi-intuitive process of execution as I find that what emerges speaks volumes on its own terms which is vital.
Colours are important also, as they move me internally and influence the patterns, rhythm, and compositional space throughout every piece, where a tranquillity appears to rest on the surface, but a perverse unknown violence lays hidden between the layers.“

On the 19th Dec there will be a private view from 7pm with music by Tam Hearse (Tom House), drinks and other fun things.