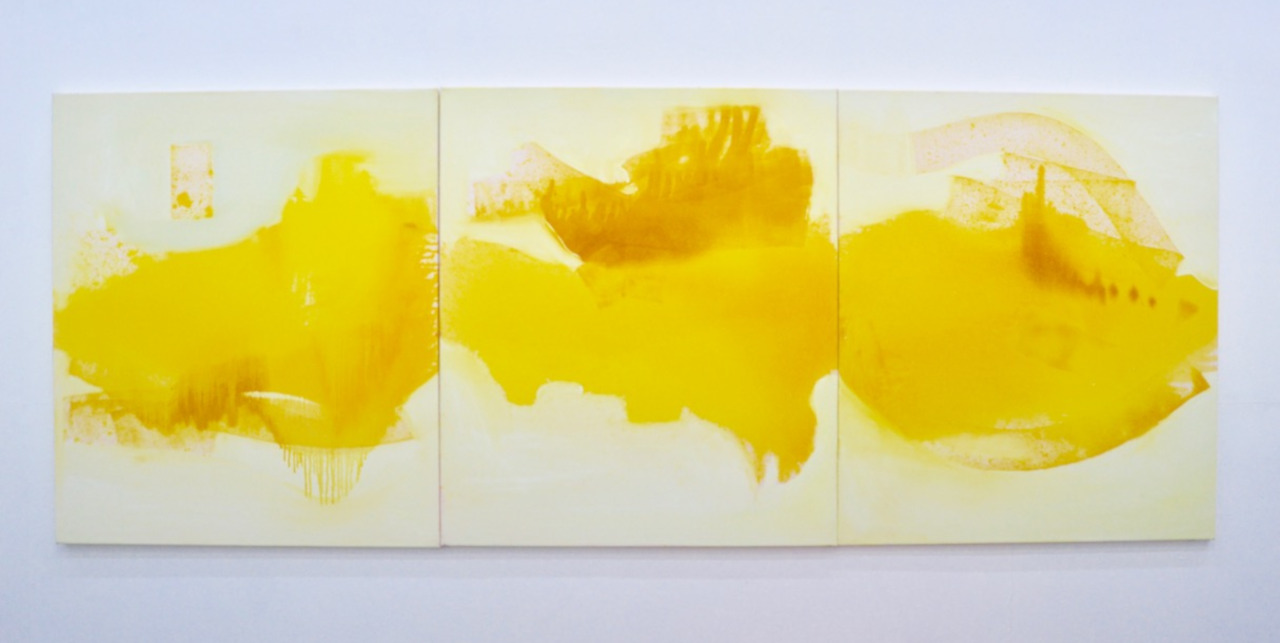 Spike Island is a former tea packing warehouse that is home to a gallery and affordable studios for over 70 artists, as well as workspace for designers, creative businesses and Fine Art students from the University of the West of England (UWE).

Each year Spike Island offers free studio space as part of three-month and year-long fellowships to promising graduates, selected from an open call to students at partner universities. In recent years the scheme has expanded from supporting two UWE graduates and one from Falmouth University, to offer additional fellowships to graduates from Bath Spa University and Plymouth College of Art (PCA). This opportunity aims to support and encourage young artists in Bristol as they begin to develop their professional practices. 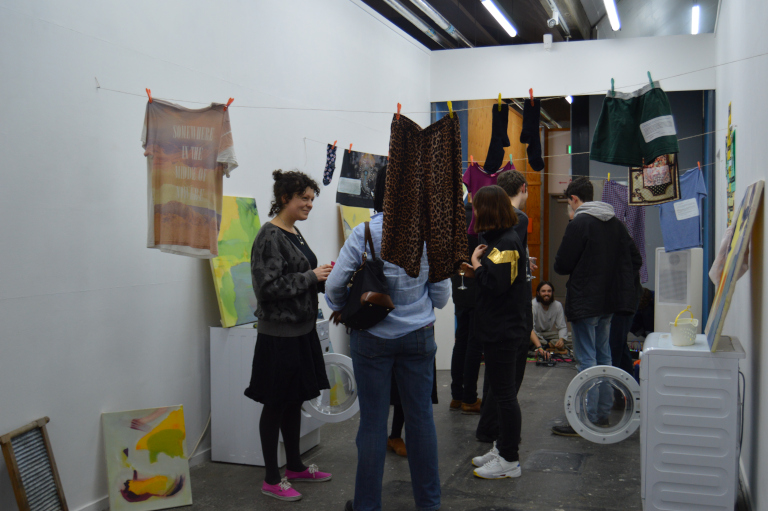 Unn Devik, whose main discipline is painting, applied for a graduate fellowship in her final year at Falmouth University. “Studios can be hard to come by in Bristol and being given a space after graduation has been invaluable,” says Devik. “Isolation is one of the most difficult things to face when leaving university, but becoming part of the wider creative community at Spike Island has helped me to stay motivated.”

Graduate fellows also have free access to Spike Island’s programme of workshops, talks and events, and participate in ‘Night of the Fellows,’ a professional development event in which the current and previous year’s fellows give a public presentation about their work. Being part of a peer group of other graduate fellows offers chances to collaborate, as Devik explains: “We organised a dinner party with Polly Maxwell, UWE’s MA Curating placement at Spike Island, as an introduction to people involved in the Bristol art scene beyond Spike Island. It was an opportunity for us to start to build a network and collaborate on creating an event.”

During the residency Devik also worked with Shannon Watson, PCA graduate fellow, towards a collaborative exhibition in Test Space, a project space run by Spike Island studio holders Julian Claxton, Mark Samsworth and Helen Grant. Devik and Watson’s show considered ideas of communal spaces such as laundrettes, the cyclical repetition of washing machines and the cycle of water. For the private view the space contained paintings, three washing machines, clothes on washing lines with laundrette reviews printed onto them, a stuffed panda and a park bench, accompanied by a live soundscape created by Sounds of Life, Devik’s peers from Falmouth University, Zac Pomphrey, Auguste Oldham and Anastasia Rybina. 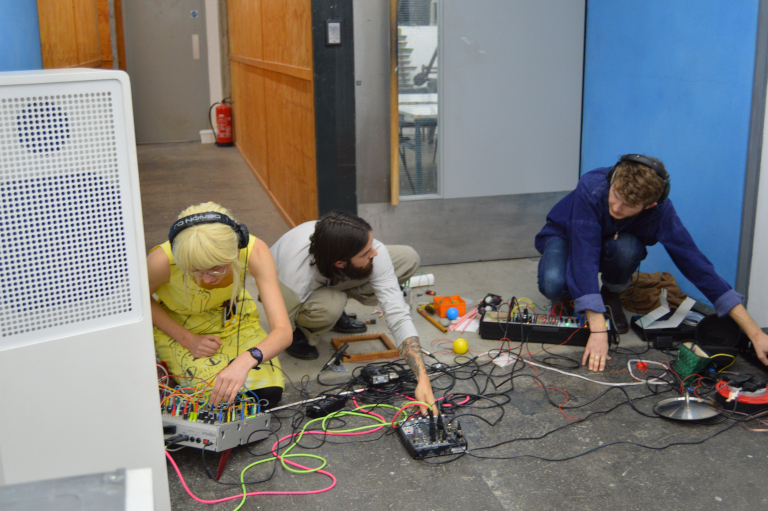 Reflecting on the impact of her fellowship, Devik comments: “The biggest difference between a residency like this and being a student is the independence. Developing your practice is entirely up to you. If you want a group crit or a tutorial you have to find the people – and you will find them if you start the conversation. The fellowship increased my confidence in my practice and how I approach people.”

During the summer after graduating Devik saved money so that she had the three months of the fellowship to focus on making work and getting to know Spike Island and Bristol. She says: “Having this temporal freedom has in itself been a challenge as I had to constantly be creative to fill my time with new projects in order to keep a momentum going. In hindsight, I can see that I am more capable and sure of myself now, having found a space, as an artist, in an unknown environment.”

Her time at Spike Island has left her feeling positive: “I hope to stay in touch with all the wonderful people I met in Bristol. It is such a friendly and welcoming city to be a stranger in. Believing that art can exist without borders makes me feel that there is hope for human communication”.

Devik has now moved back to her native Bergen, Norway, and hopes to start an MA at the Art Academy there. “If I don´t get in, I’ll work on finding a studio and a community here regardless. It is hard to operate as an artist without a community to spark ideas and to feed the imagination.”