Rehana Zaman: “Art education shouldn’t be the realm of the elite.” - a-n The Artists Information Company 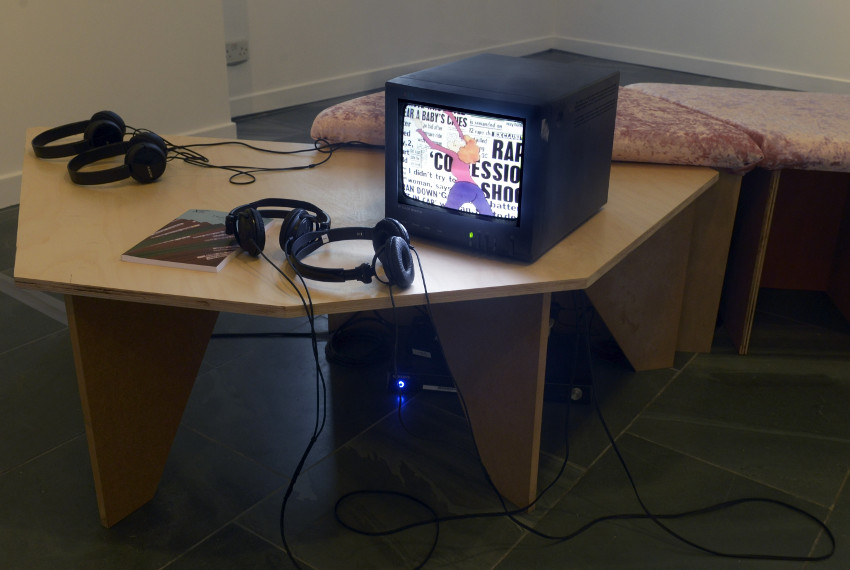 London-based artist Rehana Zaman’s practice explores the effect of multiple social dynamics on how individuals and groups relate. Here she reflects on her BA degree show at Goldsmiths in the early 2000s, as well as the importance of making sure people from less privileged communities, working class and ethnic backgrounds still have access to art education.

My strongest memory from my undergraduate degree is slight panic! I’d moved to London from Heckmondwike in West Yorkshire which was quite a change but during the course I had this strange sense of finality about what the degree had meant to me. It took a little while to adjust to the course and for the first year and a half I wasn’t really sure about what I was doing. It found it something of a culture shock transitioning into a new way of working.

By the time I reached the degree show, even though I definitely felt ready to finish, I was just figuring things out and the work I was making somehow slotted into place. It was pretty much all performance based at that stage and I was looking at self-help and motivational speaking as a new cultural form. In the second year I’d been doing a lot of work about my own experiences, but by the third year I’d worked out a way of talking about this stuff. It somehow just felt right.

The degree show itself was a mad panic of rushing around to put the exhibition together without ever really having had that experience before. But I did feel centred in what I was presenting. Looking back, it feels somewhat surreal, particularly my memories of it being summer and how hot it was in the studios. I suddenly understood the ramifications of doing a performance every day for five days. It was a rehearsed talk, delivering a motivational speech to whoever entered the space, which created another set of issues relating to what was in the space when I wasn’t there.

I must say the most nerve wracking aspect wasn’t the private view – it was when I was being examined by all the tutors. The room was never as full as then, and there was a demand to almost be more convincing in my articulation. I found performing in front of my peers tough, whereas with the public I found it easier to disappear and inhabit the character.

One of the best things about the show was the camaraderie that built up at the end of the year. A degree show can be a really stressful experience and some people fall apart a bit under the pressure. But there’s something really positive about people helping each other out and seeing each other’s work come together.

Friendships really solidified just at the point when you are leaving. You become aware that you might not see these people you have been so close to for a while, particularly if they are international students. It’s almost a case of swimming around in a giant soup bowl together for three years and suddenly having clarity in this moment when everyone really shines, then it is over.

As with most shows, certain things went wrong, but it was nothing major, mainly technical issues. I had a window display featuring plants but they didn’t bloom in time for the show, although the MA student in there after me had a nice view. I made some curtains to black out the space when I wasn’t there to show a PowerPoint but I didn’t make them quite right and the webbing came away. I also had a prop that got nicked. I had more technical problems with my MA show when I was showing some video works… With my BA I’d been far less adventurous with technology so everything was fine.

If I had one piece of advice for students about their degree show it would be to get over the idea that this is your only moment to shine. It is simply one thing in a succession of things that you will be doing throughout your career. If you become too focused on it being this amazing moment, it can become quite a negative experience. The rhetoric in 2004 was that it must go perfectly in order for Charles Saatchi to come and buy your work. I learnt you need to be a bit more pragmatic about things.

Another piece of advice is to communicate well with your fellow students. Arguments can quickly develop over things like who gets which space and I think the key is being really clear about what the work needs without completely screwing over everyone around you. Having the ability to negotiate and compromise is really important.

Ultimately, what you want is for the whole show to look great, not just one individual space. Degree shows need to be about good curation as much as individual works. It’s not about what’s placed next to one another but rather making sure there is a harmony that makes everything look better.

Students need to ask themselves, ‘What kind of art community do I want to be part of?’ If you sabotage another student’s work, what are you really gaining? London is a big city but it’s a relatively small art scene and you see the same faces often, whether it be exhibiting or behind the scenes working at a gallery or doing tech work. There is something to be said about investing in a community and attitude of how you work with people.

I often think about how the work I produced then is still connected to what I’m working on now. It’s part of the long game and you’re building a practice, not just one show. It might not be perfect or fully resolved, but instead just one step in a much longer journey. I don’t believe in nailing it in that one moment. I think people who are really invested in their practice come through, even if the whole thing isn’t fully resolved.

Unfortunately, it’s built into education the need to be exceptional. The system in place encourages one person to look better than another. Ultimately, everyone is engaged in their own practice and you can’t really make comparisons like that.

I think that it would be interesting to look at a different way that art practice can be evaluated and supported in education. The grading system can be quite brutal and it encourages a competitive environment which is sometimes detrimental to the production of good work, or work that is invested, considered and thoughtful.

I also think that art education is very Eurocentric and there’s very little knowledge and engagement with women of colour artists. Certainly from my experience on my BA and MA I wasn’t taught by any women of colour, or if I was it was very fleeting. I’ve been doing a lot of work with Michelle Williams Gamaker and Samia Malik on the Women of Colour Index Reading Group. We spotlight work within the Women of Colour Index, which is a collection of slides and papers collated by artist Rita Keegan that chart the emergence of Women of Colour artists during the 1980s and 1990s. We are working with various galleries, including South London Gallery, Nottingham Contemporary and the Tate which draws on another archive called the Panchayat which looks at Asian and South Asian diaspora artists who were making work between the 1980s and early 2000s in the UK.

Long-standing histories and practices are just as relevant, interesting and exciting as the white men that form the bulk of the canon that students are asked to engage with. It is something that is still having a major impact on how young artists today contextualise their work, particularly if they are dealing with personal experiences or connecting with wider socio-political issues. The reading group is trying to make this possible by thinking about the framework and tools that students use to talk about their work.

With the changes in fees and the impact this has had on accessibility, the type of work being made in art colleges is really shifting. We need to make sure people from less privileged, working class and ethnic backgrounds still have access to art college. Ultimately, it is a question of who gets to create culture – art education shouldn’t just be the realm of the elite.