Sir Antony Gormley OBE RA (born 1950, lives in London) is internationally renowned for using his own body as the starting point for his wide-ranging sculptural investigations into human experience and humanity’s relationship with the environment. His permanent sculpture includes The Angel of The North (1994) in Gateshead and Another Place (1997) at Crosby Beach, Merseyside. He won the Turner Prize in 1994.

Antony Gormley featured in the article ‘Art in Public’, Artists Newsletter, April 1987, p 10. Gormley was one of twelve artists selected as part of TSWA 3D, a project claimed by its organisers to be the ‘most ambitious public art event ever staged in Britain’ that would take place across nine sites around the UK. ‘Antony Gormley will be placing iron double-figures along the city walls in Derry, their arms outstretched in a cruciform shape, they will embody the two communities… inescapably bound together.’ 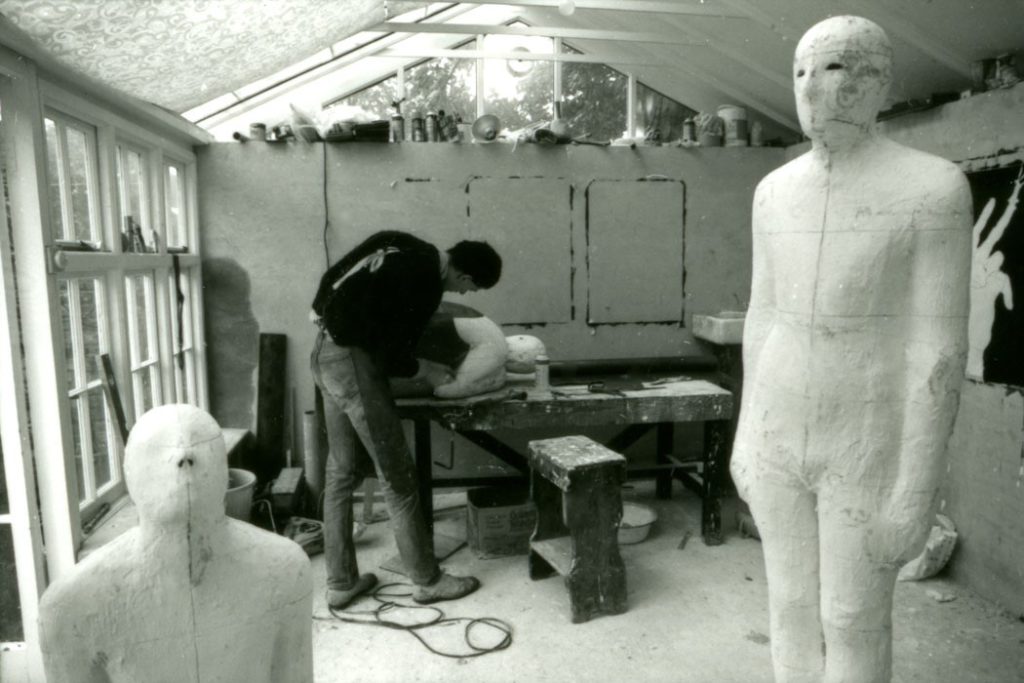 What did the 1980s mean to you both personally and professionally?
The 1980s were the beginning of everything for me. Vicken [Parsons] and I got together, got married and had all our kids: Ivo in 1982, Guy in 1985 and Paloma in 1987. This was also the beginning of a lifelong exploration of space within and without the body that started with my work Three Ways: Mould Hole and Passage (1981–82), which is now in Tate’s collection. With Vicken’s help 24/7, I began working directly from the other side of appearance, using my own body as model, material and instrument. Vicken did all the moulding of me throughout the 1980s and together we produced a number of hollow plaster body-cases covered in radiation-proof lead, exploring the body’s internal states and relation with the elements. 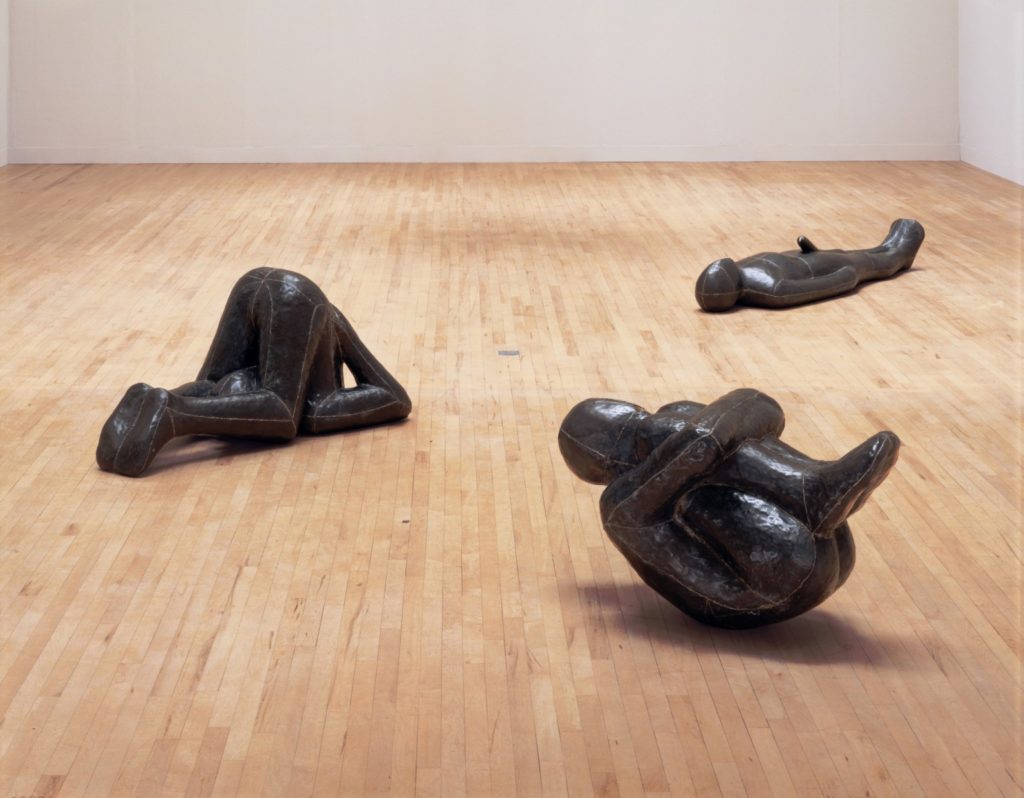 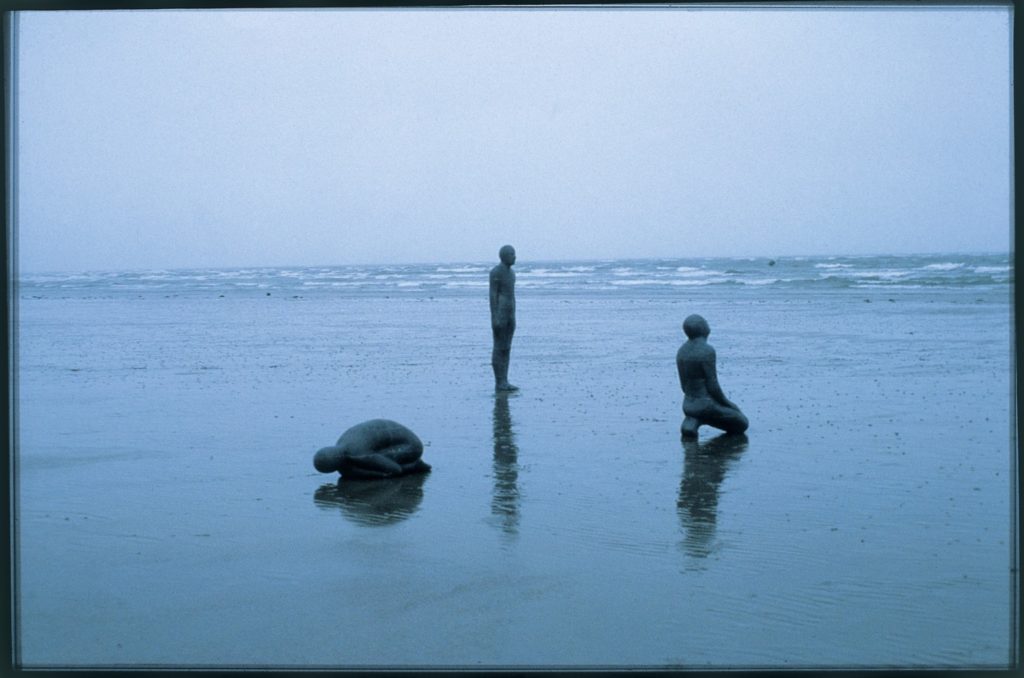 It was an exciting rollercoaster of a time. I had my first institutional show at the Whitechapel in 1981, participated in the Venice Biennale in 1982 – we took Ivo in a Moses basket – and the São Paulo Biennale in 1983 as part of the British Council’s exhibition, ‘Transformations: New Sculpture from Britain’. Then there was Documenta in 1987 and a showing at the Louisiana in Denmark in 1989, as well as contributions to other group exhibitions at MoMA, LACMA and Tate.

It was also in the 1980s that I started working with and doing regular shows with two galleries that continue to represent me: Galerie Thaddaeus Ropac and Xavier Hufkens, as well as with Salvatore Ala in New York and Burnett Miller in Los Angeles. In those innocent days, when to be international was the only way to be an artist, I began travelling all over the world for art with Vicken (as often as emerging family life allowed): to Japan, Scandinavia, Mexico, America and all over Europe.

How did your work develop during this time?
I started that decade making work out of bread and clothing, ending it with my first solid cast iron works which I made after my hollow Sculpture for Derry Walls, with its ordinance quality armour. 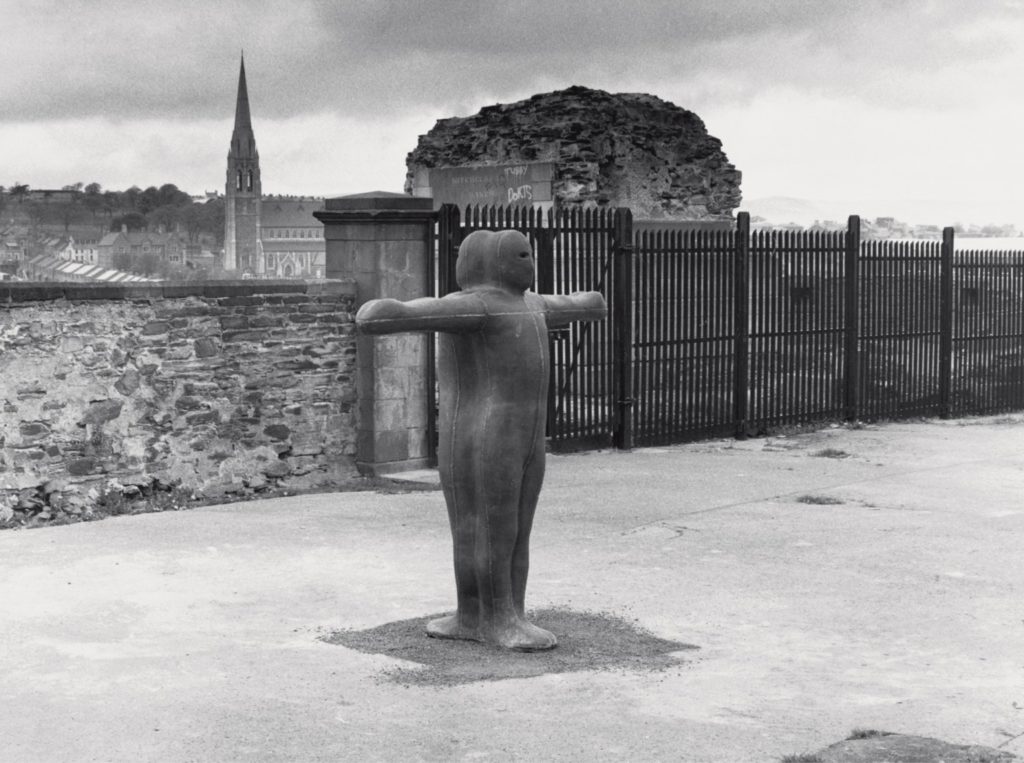 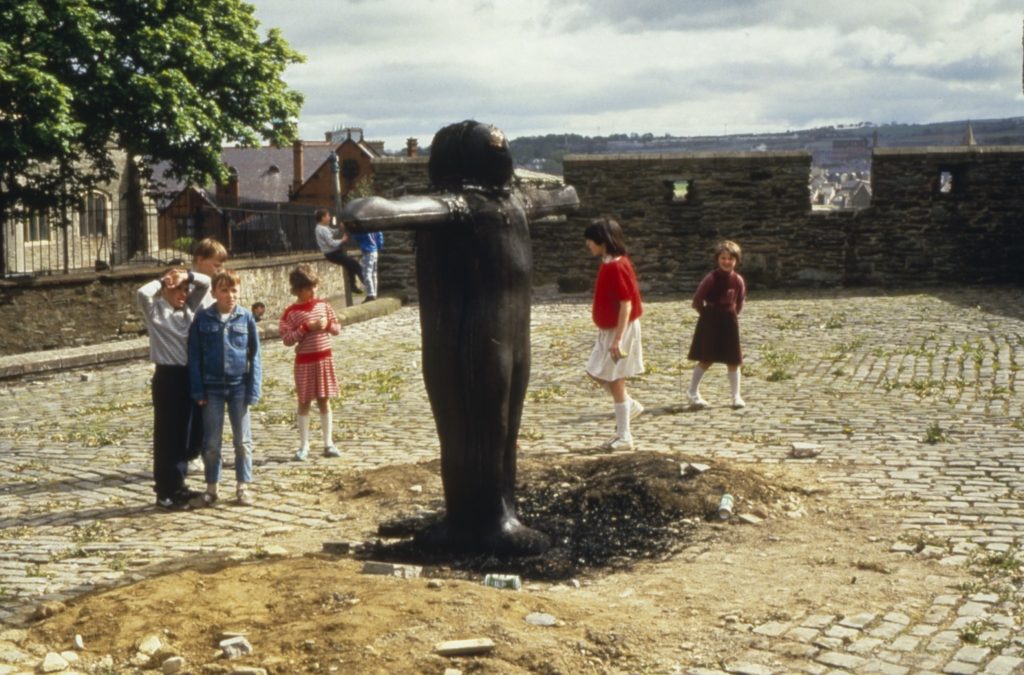 Were there any key moments or turning points in this period?
Working with Stuart Morgan for the show ‘Transformations’ in 1983 and with Lynne Cooke on my first one man show at Salvatore Ala in New York in 1984. These were dialogues with two people who understood that what things looked like was not the only consideration for an artist.

The a-n archive contains an article on your Sculpture for Derry Walls for the 1987 TSWA 3D project – this was an exceptional example of public sculpture engaging with and eliciting strong reactions from its public. Could you talk a little about the project and its importance for you?
That work remains significant and is a continual reminder that art can act directly on the world.

How did you become aware of a-n? Why did you want to get involved?
In those days before the internet, Artists Newsletter was a precious and necessary communication. I learnt about the competition to build a sculpture on The Holbeck Triangle through a-n – I still regret not being able to realise The Brick Man there – and consistently used it to find out about stuff and advertise for help. 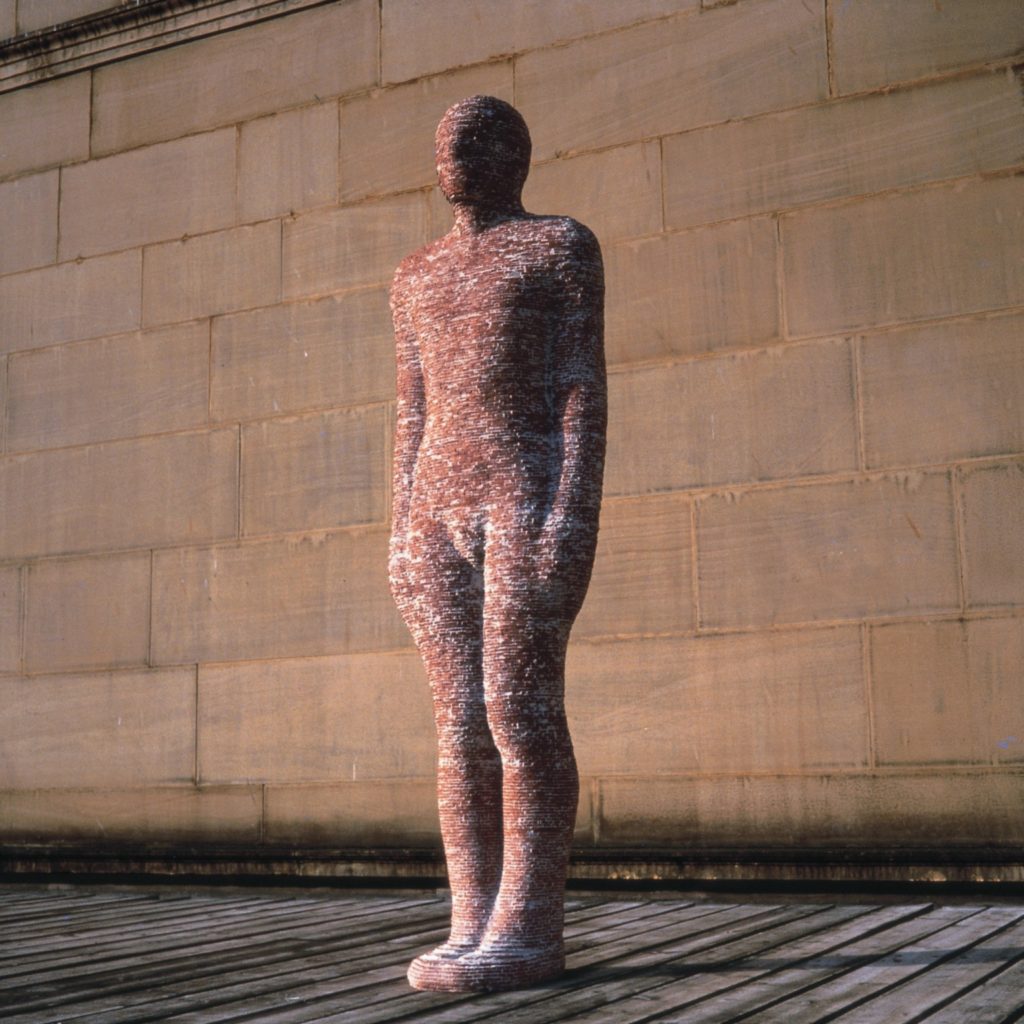 What role did a-n play in your development and career?
It was vital.

How significant was a-n in raising the pressing issues of the times?
I’ve always admired a-n’s modesty and pragmatism. It is a peer review made by artists to support art. Not to sell art, but to help it happen.

40 years on, what are the key changes for young artists starting out now?
There’s been no change to the fundamentals: listen to your work, do what it tells you.

What advice would you give your younger self?
Cherish your anxiety.