Cornelia Parker OBE RA (born 1956 in Cheshire, lives and works in London) is known for making dramatic sculptural works which transform the most familiar objects often by the most forceful of means. She has stretched bullets into lengths of wire, made drawings using explosives and flattened brass instruments with a steamroller. In 1991 she blew up a garden shed and then meticulously reassembled its fragments to hang on wires around a single lightbulb, forming probably her best known work, Cold Dark Matter: An Exploded View, which is now in the collection of Tate. In 2016 she installed Transitional Object (PsychoBarn), an archetypal American red barn remade in the form of the house from Alfred Hitchcock’s 1960 film Psycho, on the roof of the Metropolitan Museum of Art in New York, and in the Royal Academy’s Annenberg Courtyard in 2018. She was nominated for the Turner Prize in 1997 and was the first woman to be appointed Election Artist for the UK General Election in 2017. 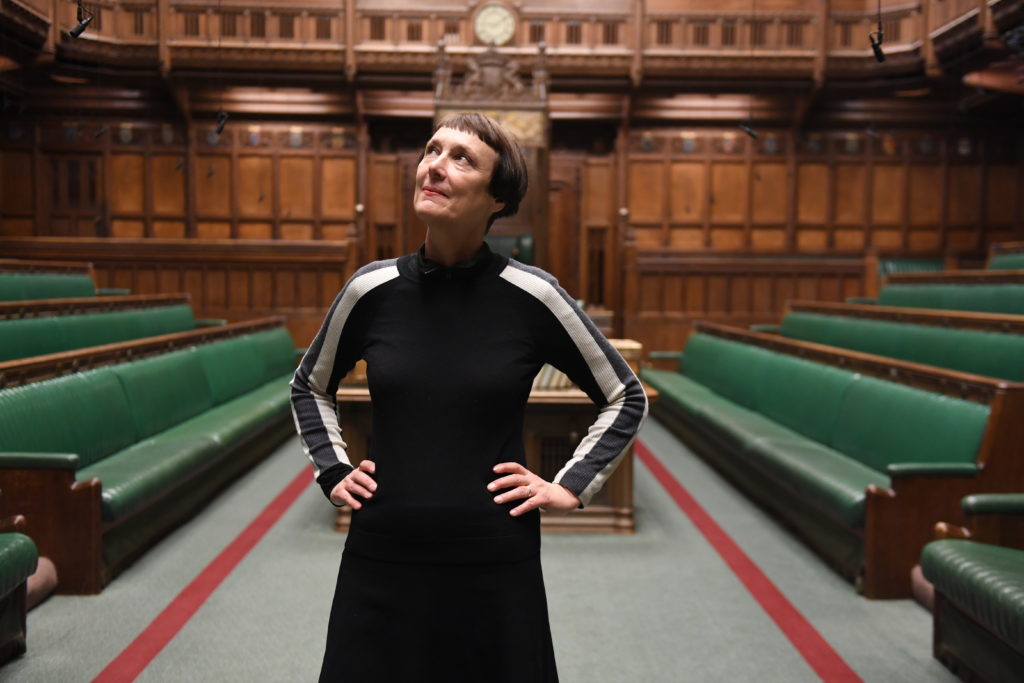 Parker appeared in a-n Magazine in June 2002, p34 in a profile of her career to date, and on a-n’s website in November 2012 in a recorded interview and article in the Artist as Leader series. “I’ve always thought of myself as a bit of a maverick outsider in the artworld,” she says in the recording. “I didn’t go to a London art school and wasn’t part of the YBA movement. I fell between the generation of Anish Kapoor, Antony Gormley, Richard Wentworth and the YBAs. I’ve always liked that position of people not being quite able to place me because I always thought art was about freedom and not having a position in the hierarchy.” 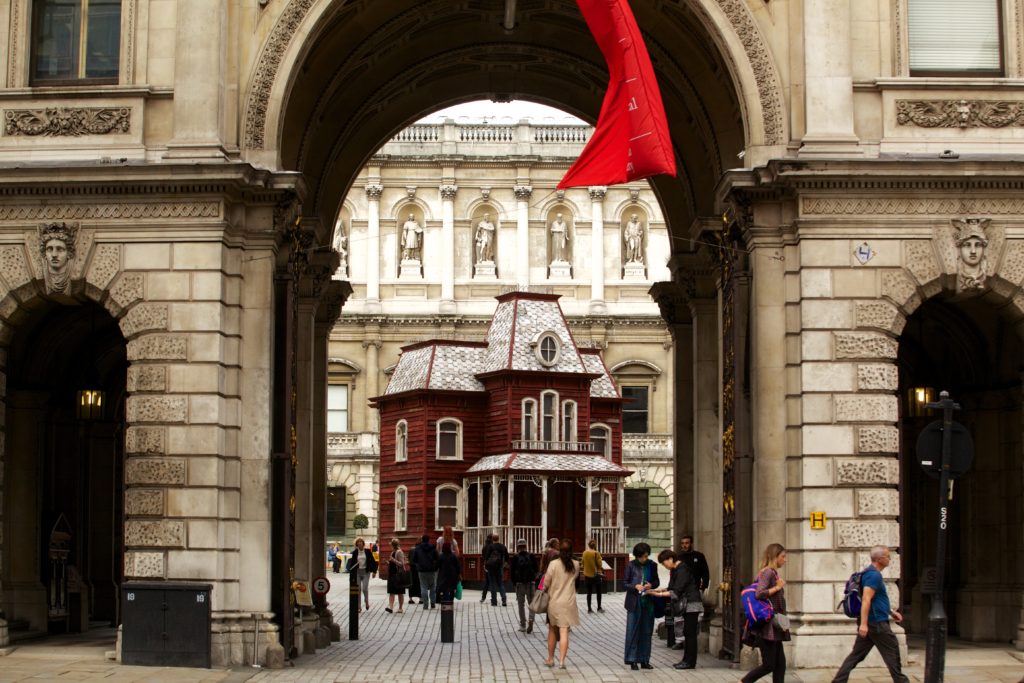 What have been the main changes you’ve experienced as an artist over the last 10 to 20 years?
I think the opening of Tate Modern was a major change. It suddenly made art a lot more important in the big scheme of things. So that was a quantum leap. Nick Serota was amazing to get that massive piece of architecture off the ground. And then there was also Tate Britain and all the Tates. It was a bit of an existential crisis for Britain and Tate being put together: I was part of a conference in 1999 called Britain and Modernity, and the discussion was whether they were in fact incompatible – we decided they weren’t! But really the big thing that changed was that suddenly art was serious business and not some lightweight thing. Before, when you got into a cab you’d always have to defend that you were an artist and then when Tate Modern appeared even cab drivers thought, Oh, OK, it’s a bona fide kind of activity. So it was not only what the artists felt but what the public felt too.

Another thing is Instagram. I only started doing it when I became the Election Artist for the 2017 election, because I had to do some kind of social media and Instagram seemed to be the least painful. And it’s been great. I like the discipline of having to post things regularly, it’s become like my sketchbook. 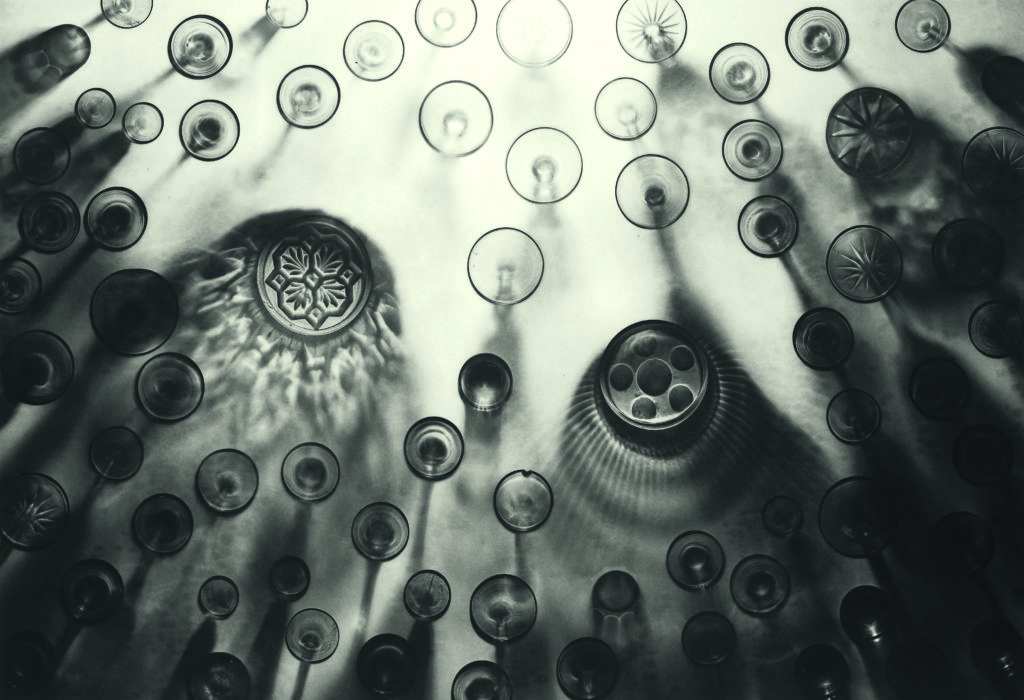 20 years into the 21st century, what is the role of art and the artist?
What’s amazing is that there are a lot more artists than there used to be. When I left art school the idea of making a living out of your art was impossible: people used to think it was a rarefied thing to do, and that you were not going to make any money out of it, hence my mother’s anxiety about me being an artist.

I think art buoys us up – especially over the last year it’s like the soul of something that’s been battered, but it’s not dead. There are always little shoots coming up. A lot of people have been reaching out to keep themselves buoyant and I think that’s what art can do. 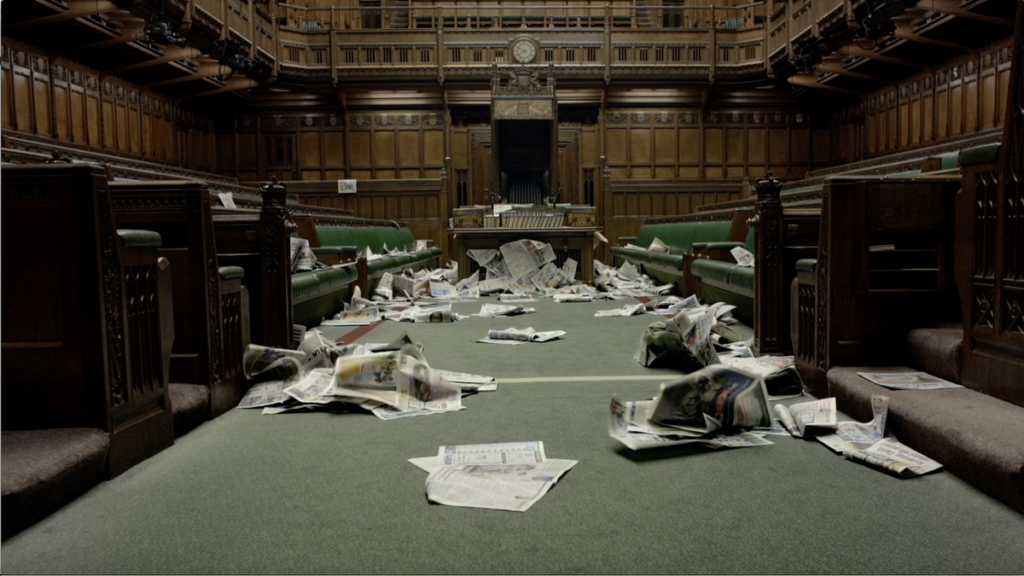