Lubaina Himid CBE, RA (born 1954 in Zanzibar, lives in Preston) is an artist, teacher, activist and curator who creates paintings, drawings, prints and installations which celebrate Black creativity and the people of the African diaspora while challenging institutional invisibility. Alongside her artistic practice Himid has curated exhibitions to showcase under-represented Black artists and was one of the pioneers of the British Black art movement in the 1980s, curating such significant shows as ‘The Thin Black Line’ (ICA, 1985). In 2014 Himid attracted international attention when she was included in the Gwangju Biennale and she won the Turner Prize in 2017. Lubaina Himid is Professor of Contemporary Art at the University of Central Lancashire.

A feature written by Lubaina Himid on the under-representation of Black artists in the field of public art appeared in Artists Newsletter, February 1994, p30. In it she wrote: “It’s fascinating to think how a monument, whilst staying essentially the same over many years, is treated, looked at or sat around differently by passing generations. One decade may view it as a radical intervention, another as a meeting place, another as an anachronism. Then perhaps because of an anniversary, a whole new meaning shimmers around its pedestal. ” She goes on to set out her plan for a permanent monument to drowned African slaves, asking “Is anyone brave enough to build it?”

Himid also featured on the cover of Artists Newsletter, March 1995 and on p9 of the same issue in the article ‘Lubaina Himid on success’. In this piece she wrote: “Success is the great intangible… Some days it is seeing my name spelled correctly, my image printed the right way round and the comfortable crinkle of £50 in my back pocket… The divine and delicious act of buying canvas, brushes, paper, charcoal, paints, more paint, film, pastels and more paint epitomises the fruit of the seeds of success.” 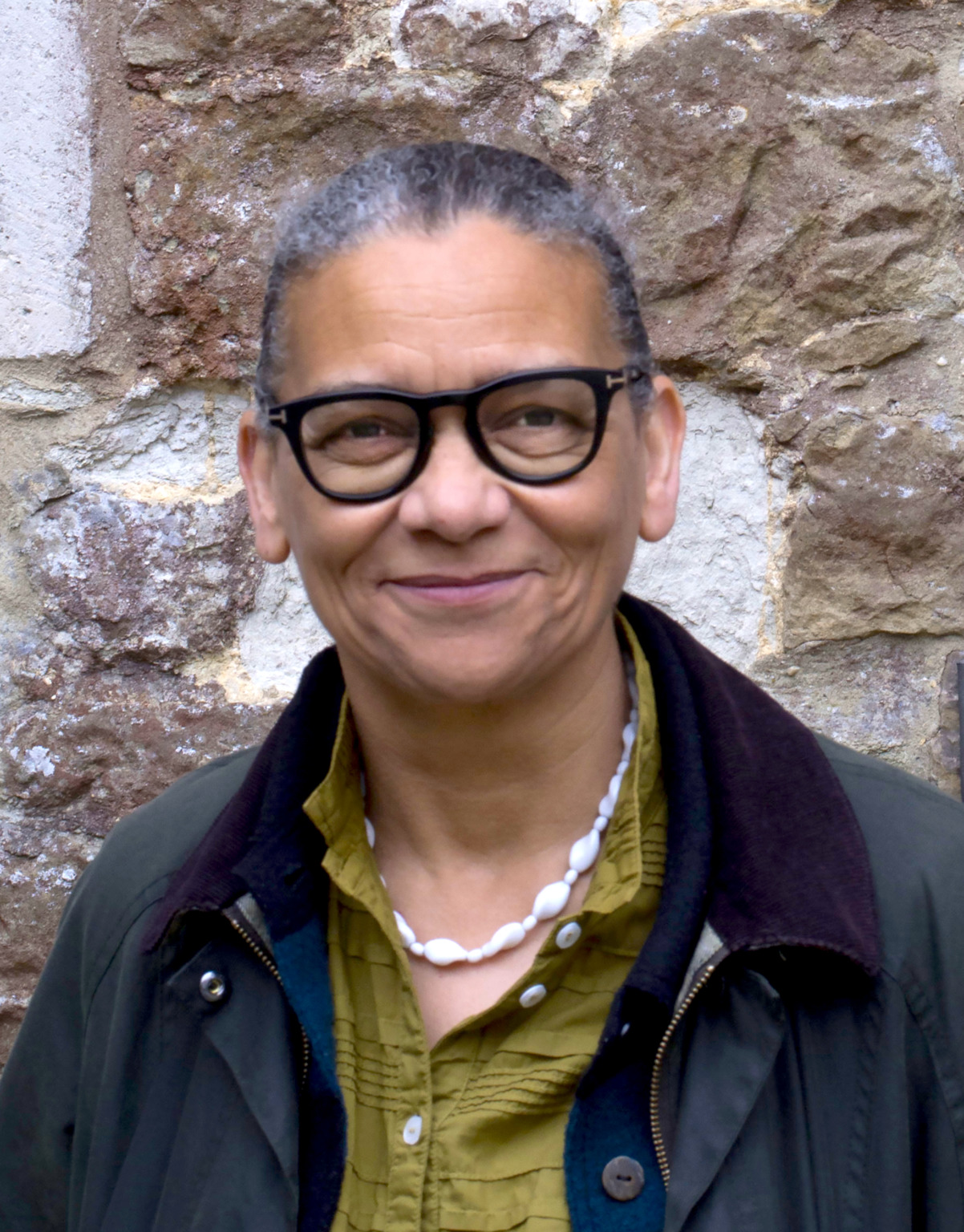 What did the 1990s mean to you both personally and professionally?
The 1990s were a very difficult time for me. I was getting used to living in the north of England having been up here since the late 1980s, but feeling very cut off from what was happening in art galleries and studios in London. Early in the decade I worked as an exhibition officer at Rochdale Art Gallery with one of Britain’s great feminist curators, Jill Morgan. I managed to learn a huge amount from this experience but when a teaching job came up I left the gallery and began to teach full time in an art department in Preston. In London this was an impossible scenario; in the 1990s no one was giving Black women jobs in galleries or art schools.

How did your work develop during this time?
During this time, I made work every day, in the early morning before going in to teach, during the lunch break and as soon as I got home four minutes after leaving work. I taught in a building about 500 metres from my house and my studio was in the house. I built my whole life around making work. I made paintings, cut outs and works on paper. I filled sketch books and made copious notes. My shows included ‘Plan B’ at Tate St Ives (1999-2000), ‘Revenge’ at The Southbank Centre (1992), ‘Zanzibar’ at Oriel Mostyn (1999), ‘The Ballad of the Wing’ at Chisenhale Gallery and City Museum and Art Gallery, Stoke on Trent (1989-90), ‘Vernet’s Studio’ at the Havana Biennale (1994) and ‘Hogarth on Hogarth’ at the V&A (1997). I became ambitious about making work in series and understood that I knew what I was doing. 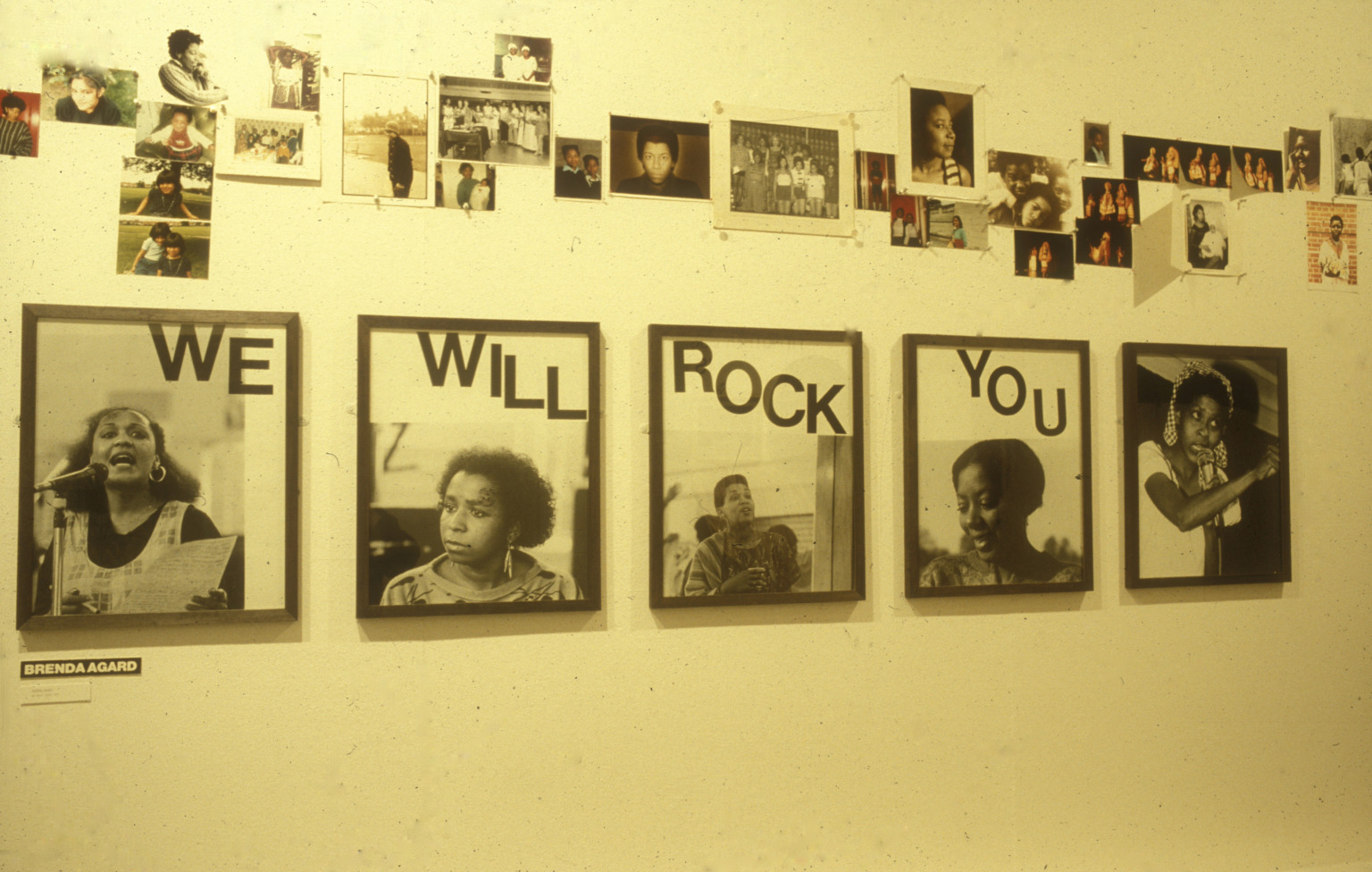 Were there any key moments or turning points in this period?
Key moments were probably the solo show ‘Plan B’ at Tate St Ives and ‘The Ballad of the Wing’ at Chisenhale. No one from the press was taking the slightest bit of notice of this work but it was getting steadily stronger. Working with Professor Griselda Pollock, who has taken such care to write intelligently about my work for decades, is possibly more crucial than anything that happened in the 1990s, but you have to be passionate about art history to really understand this.

How did you become aware of a-n? Why did you want to get involved?
I became aware of a-n because it seemed useful for my students. It gave them structure and an understanding of one, albeit narrow, branch of the world of art. I would pick up a copy from time to time if I was in London but it wasn’t on sale in Preston anywhere and I never felt the need to subscribe. A-n certainly made the young artists outside London who were just starting out more aware of the potential importance of their contribution to the wider culture, it highlighted useful grants and points of law relating to visual art. 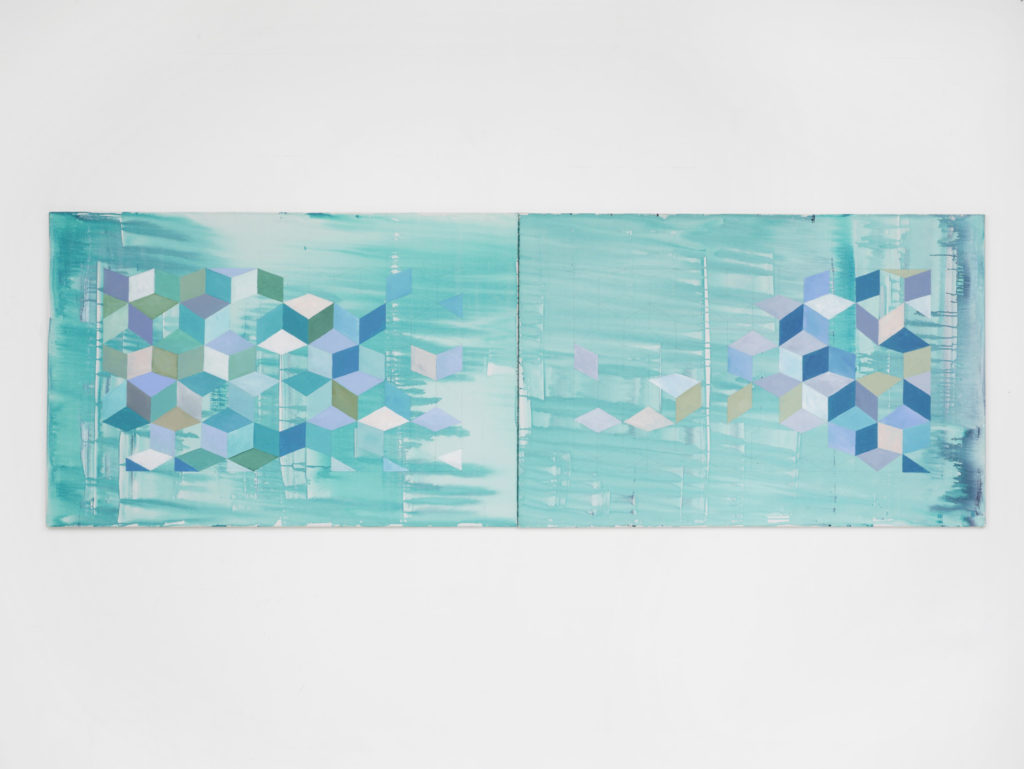 What part did a-n play in your development and career?
I didn’t know anyone who was writing for the publication although I was asked to write a frivolous piece on success, so obviously someone on the staff knew of my work. I may have written about public art for the publication but I cannot clearly remember doing so. The article I wrote on success was probably fun to write but it wasn’t a serious piece. Success for me now is simply being able to continue making new work and showing in beautiful venues. I was always interested in this of course, but reaching large audiences relies on large PR budgets and intelligent journalists who have time to listen to what artists are actually saying while being able to take time to look at the work properly and write considered articles.

How significant was a-n in raising the pressing issues of the time?
I seem to remember a-n raising issues about the non-existent rights of artists and the possibility of applying for residencies; it was certainly a place in which it was possible to read from time to time about small issue-based exhibitions taking place outside London. 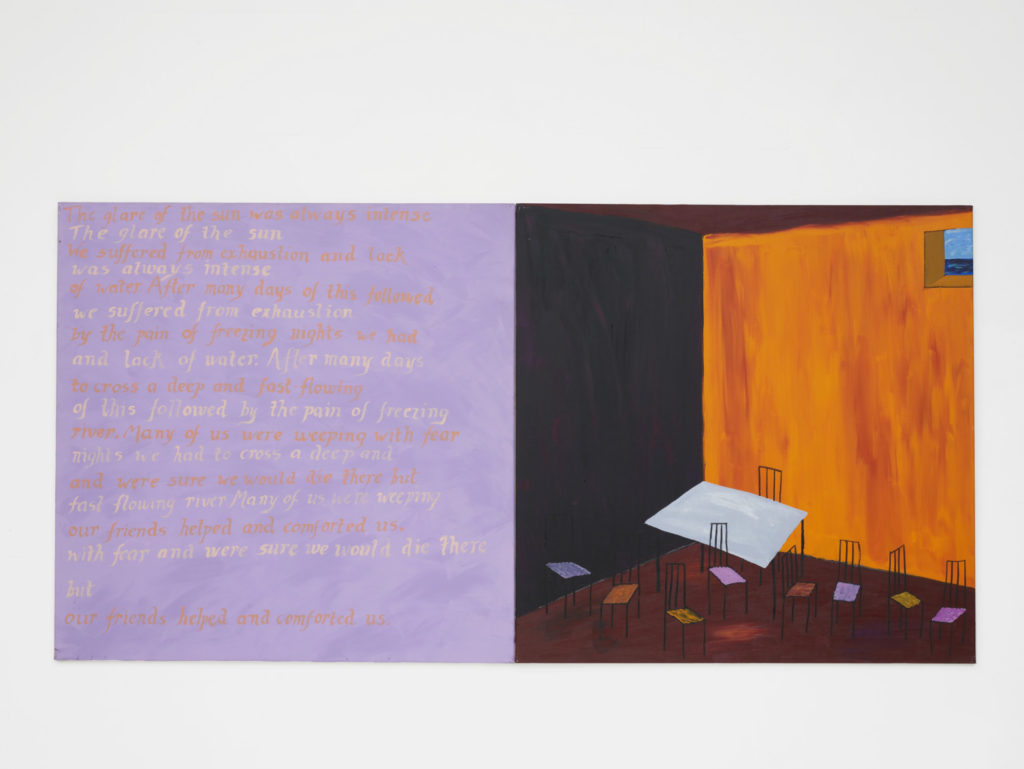 30 years on what are the key changes for artists starting out now?
Artists starting out now in the UK have many of the same barriers to surviving that they always had. This country does not really have a commitment to the care of artists even when they are making work which relates to people’s real lives. Those artists without a financial cushion of some kind are in more difficulty now with inner city studio rents being impossibly high and jobs in art departments being non-existent. However, if those same people are prepared to think collaboratively, work relentlessly and never ever give up, there is work to be had everywhere as the superbly valuable creative member of any number of teams across science, technology, engineering and the arts.

What advice would you give your younger self?
The advice I would give my younger self would be of course to exactly do what I did – the waitressing, the abandonment of theatre design, the leaving of London, being daring about the early curating, having no fear of failure, persevering with the agony of writing, starting the Making Histories Visible project, supporting other artists. In addition I would probably also tell myself that those 1990s wilderness years, when many art people couldn’t be bothered to take my work seriously, were useful, despite the terrifying lack of money and serious draining of my confidence. 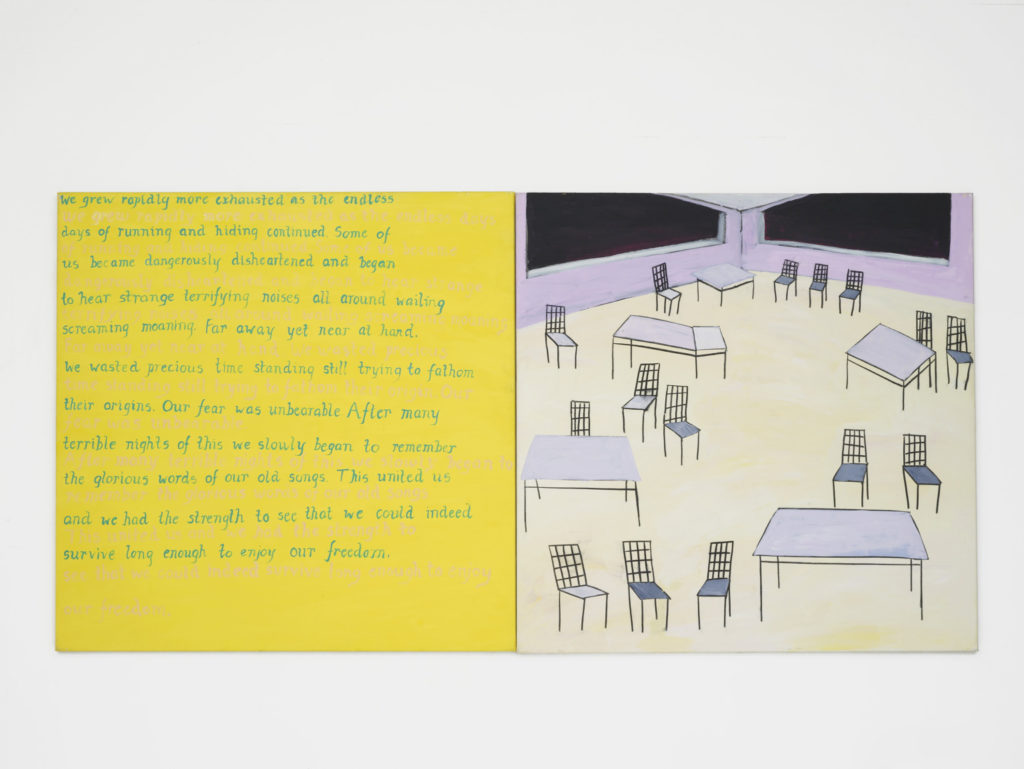