British Palestinian artist Mona Hatoum RA (born 1952 in Beirut, lives and works in London) works across a wide range of media including sculpture, installation, video, photography and works on paper. These in turn draw on often unorthodox materials such as live electrical elements, soap, cast glass and her own hair in order to reflect on significant subjects of global conflict, displacement, confinement and surveillance. Hatoum was nominated for the Turner Prize in 1995.

A still from Mona Hatoum’s work So Much I want to Say appeared alongside the feature ‘Live ART’, Artists Newsletter, February 1988, p11. Hatoum was part of a season of live art events taking place at Leadmill, Sheffield across February and March that year that also included Bow Gamelan Ensemble, Simon Herbert and Rose English.

What did the 1980s mean to you both personally and professionally?
Personally the 1980s were very tumultuous years as the Lebanese civil war raged for the entire decade. They were also explosive years in the UK with race riots, the CND campaign, ongoing troubles in Northern Ireland and the miner’s strike.

In the art world, the 1980s for me were heady years with a lot of critical theory especially in relation to feminist rereading and deconstructing of ‘master narratives’, examining racist ideologies and power structures of all kinds. 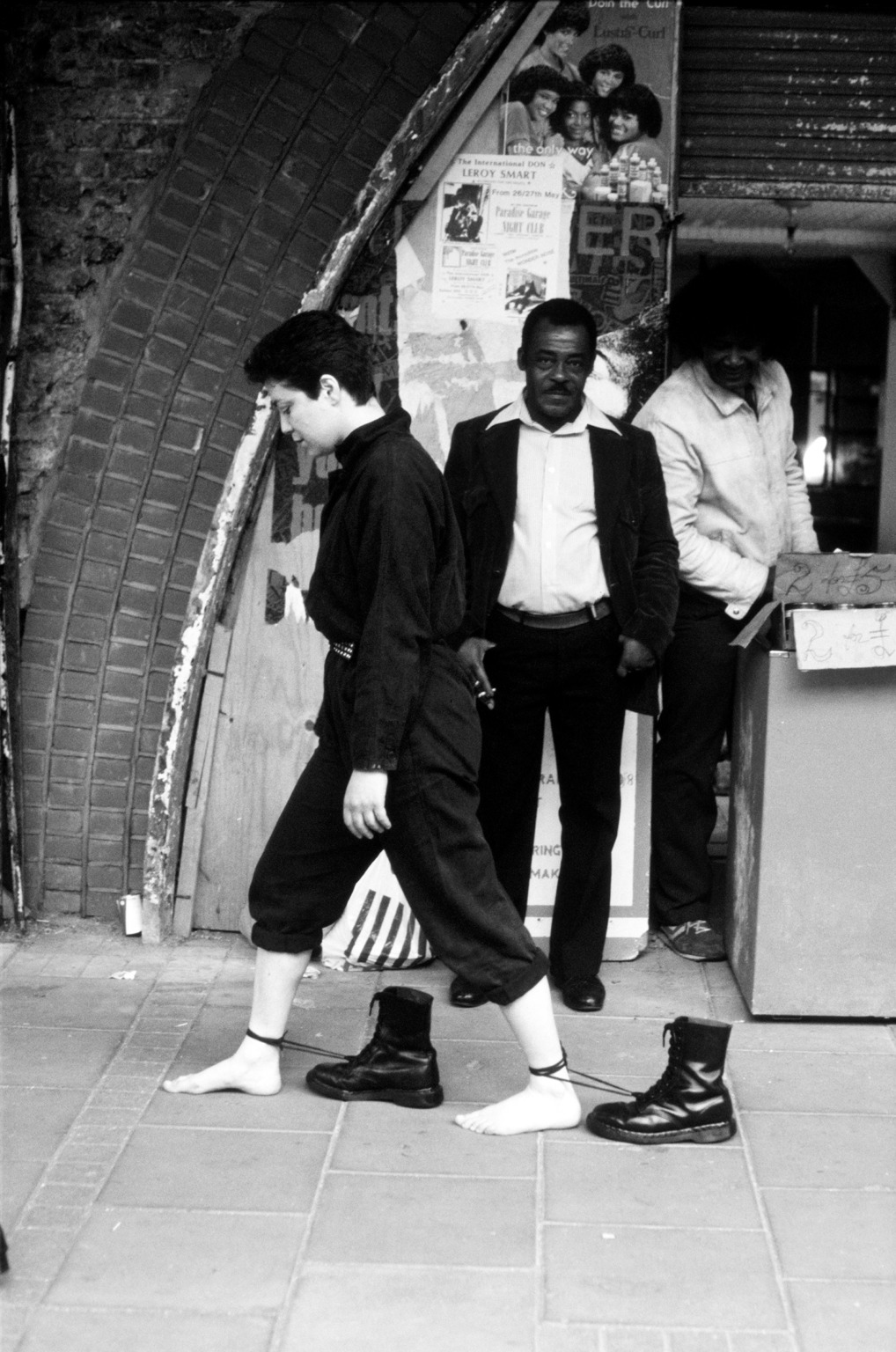 How did your work develop during this time?
My own work became more confrontational. I got into making live work which sometimes involved direct street action or vigil-like performances with a political stance. For instance in 1982, I made a live work called Under Siege where I was covered in clay and confined within a small transparent structure, struggling to stand up, slipping and falling repeatedly over a period of 7 hours.

The action was accompanied by a cacophony of sound, of revolutionary songs and news reports with voices heard in English, French and Arabic. I also did a performance in Brixton in 1985, Roadworks, where I walked barefoot through the streets, dragging behind me a pair of large Dr Martens boots attached to my ankles by their laces. These boots were at the time worn by both the police and skinheads. 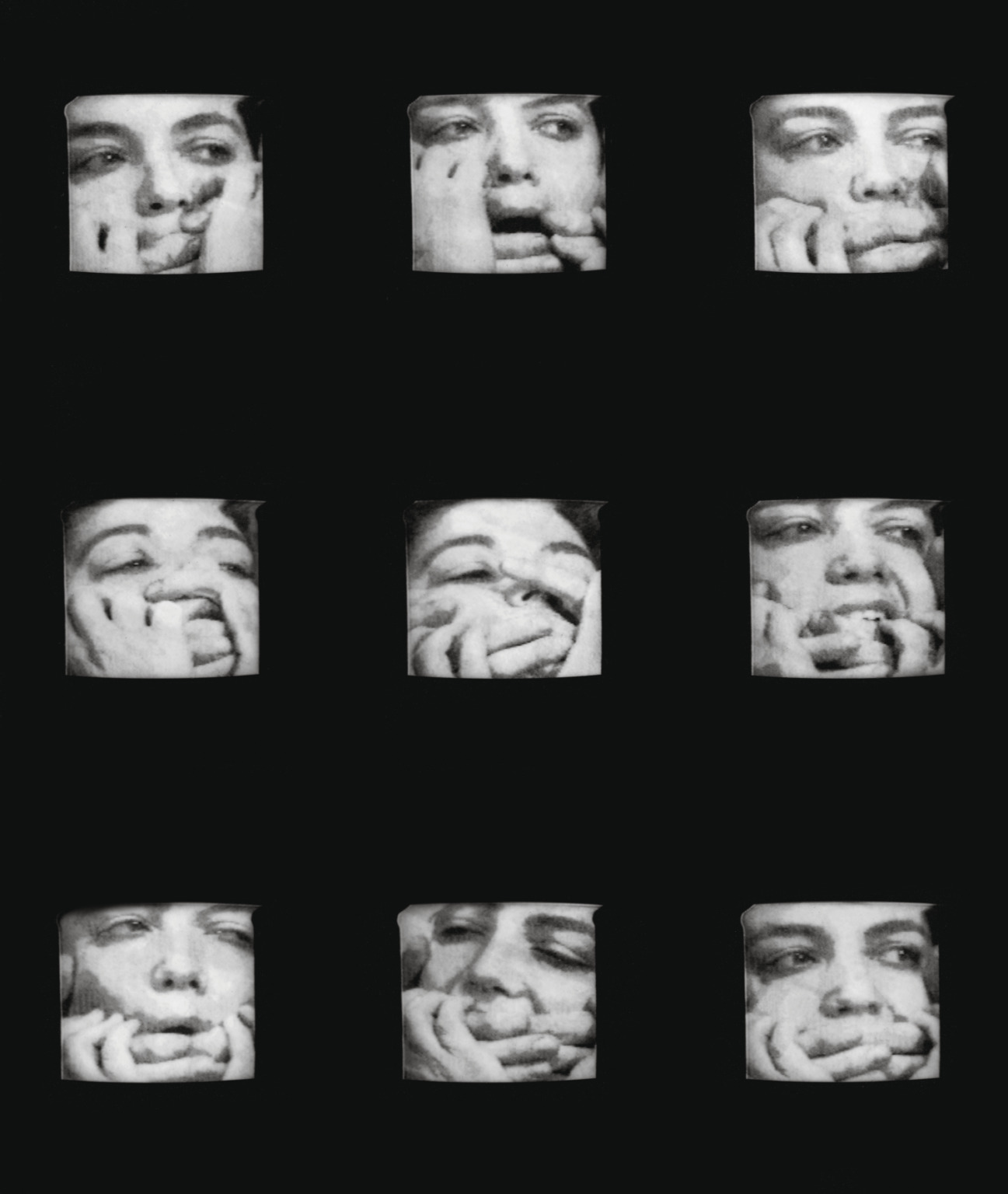 Were there any key moments or turning points in this period?
In 1983 I was invited to create a performance for the Western Front in Vancouver, which was part of a network of artist-run centres and they helped me organise a performance tour across Canada. This became a yearly occurrence which soon included venues like the Franklin Furnace in New York (1984), along with residencies and video productions throughout the rest of the 1980s. It was a breakthrough as not many opportunities were available to me in the UK at the time.

Another breakthrough happened in 1989 when I was appointed Senior Fellow in Fine Art at what was then called South Glamorgan Institute of Higher Education in Cardiff. For three years I taught one day a week and was able to work for the rest of the time in a very good studio space − the first proper studio since graduating from the Slade in 1981 − and in a school with a very well equipped sculpture workshop where my work shifted towards making installations and sculpture.

What role did a-n play in your development and career?
It was a tremendous resource for information about opportunities for exhibiting my work, finding studio space, workshops, residencies, grants, etc. I used to impatiently wait for the magazine to come out and then spend a few days putting together proposals for any exhibitions calling for submissions. 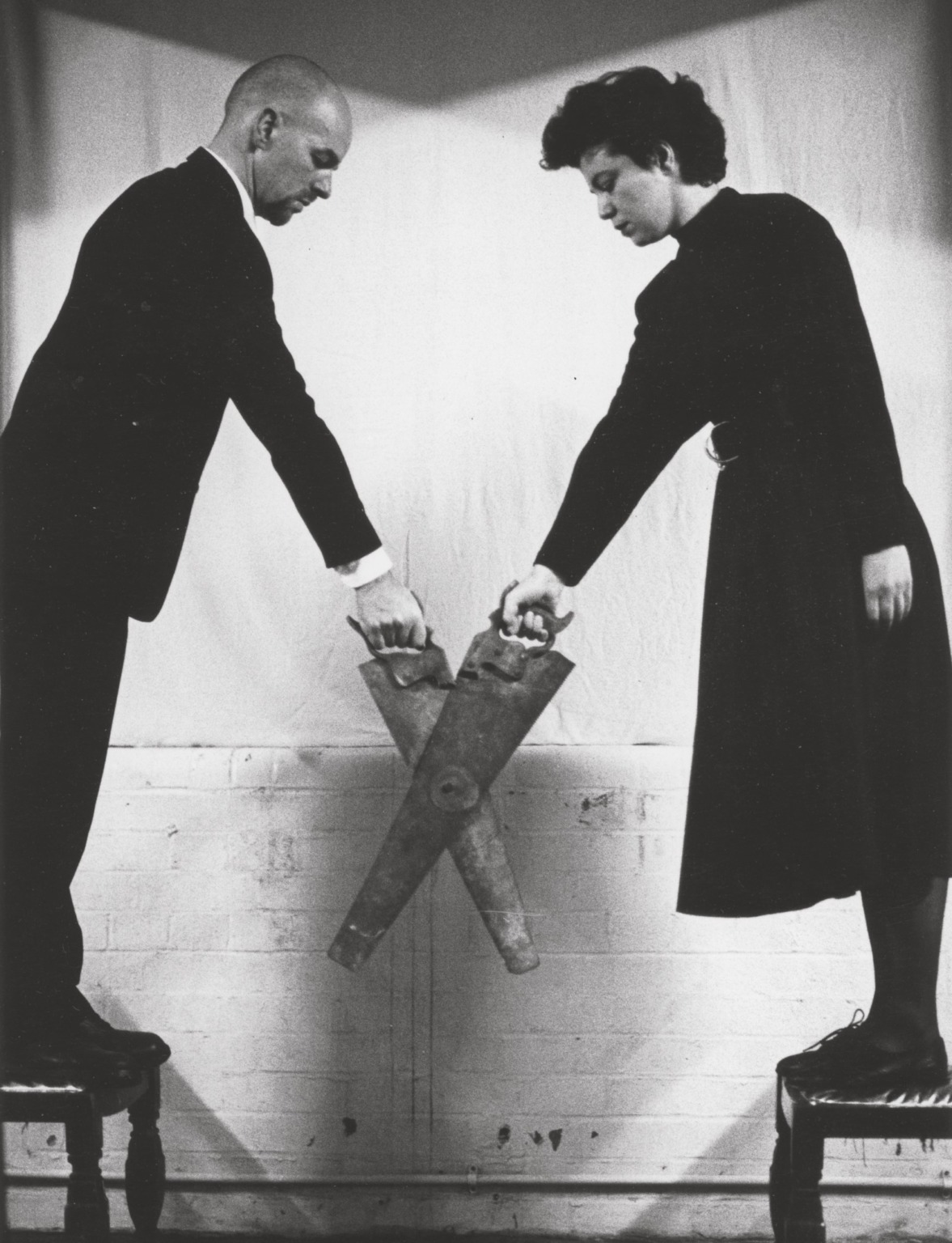 You featured on the cover of the May 1987 issue in connection with Chisenhale Dance Space – could you talk about your installation and also your involvement with Chisenhale Dance Space?
I got an Arts Council grant to do a residency at Chisenhale Dance Space in 1986. Instead of doing a one-month or so residency I proposed to organise a programme of performance and other time-based work once a month for 6 months. I invited two or three artists for each event and contributed a short performance or video work myself (like Crosstalk, a collaboration with Stefan Szczelkun which featured on the cover of a-n). The whole programme culminated with a long weekend event in March 1987 with various artists. I created an installation with a live component (Forced Flight) that went on for three days and took place in a disused lift shaft at the back of the gallery.

40 years on, what are the key changes for artists starting out now?
Young artists now have their eyes on the gallery system as soon as they graduate. It was 12 years or more before I felt I was ready to look in that direction.

What advice would you give to younger artists?
It is important to figure out what you are passionate about and follow it with total commitment regardless of how much money you make doing it. Having personal satisfaction in what you are doing will be what sustains you and keeps you going for the longest time.