Dame Rachel Whiteread (born 1963, lives and works in London) is internationally renowned for making sculptures which usually take the form of casts of domestic spaces, architecture and objects. Ghost (1990), a solid cast of the inside of a room, was the first of the architecturally scaled works for which she is best known. These include House (1993), the concrete cast of an entire terraced house in East London, her first New York public commission Water Tower (1998) and her Holocaust Memorial, which was permanently installed in Vienna in 2000. In 2018 Whiteread’s US Embassy (Flat pack house) (2013-15), which cast sections of a 1950s suburban American house, was unveiled in the United States Embassy in London. In 1993 Whiteread became the first woman to win the Turner Prize.

Whiteread appeared in Artists Newsletter, February 1994, p18 in an article about her Turner Prize win. It notes that House, the sculpture that had secured her win with its ‘scale, ambition and originality’, was shortly due for demolition by Bow Council. 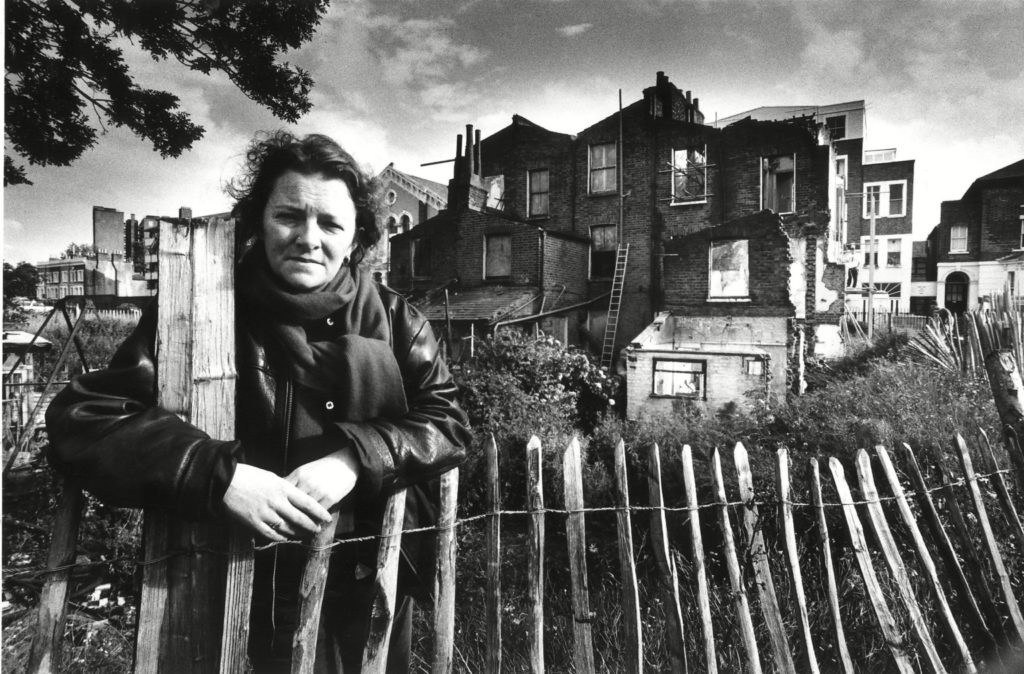 What did the 1990s mean to you personally and professionally?
The 1990s was a funny decade for me. I was a very young artist but quite a lot of things were happening for me. I left college and because of the Enterprise Allowance Scheme, which everyone was on at the time, I got a studio and learned how to start paddling about at being an artist. It was a very difficult time in terms of being able to do all that stuff and juggling everything.

A bunch of artists and I formed the YBAs [Young British Artists] during that time, but not intentionally, it just sort of happened. Then I won the Turner Prize in 1993 for House. I’d been shortlisted a couple of years before too, which got me on my toes, got me ready to go. But it took five years before the Holocaust Memorial in Vienna was finished in 2000. It was a very, very difficult project to do. There were certainly people that weren’t that keen for me to do it, but I am very proud of it indeed. 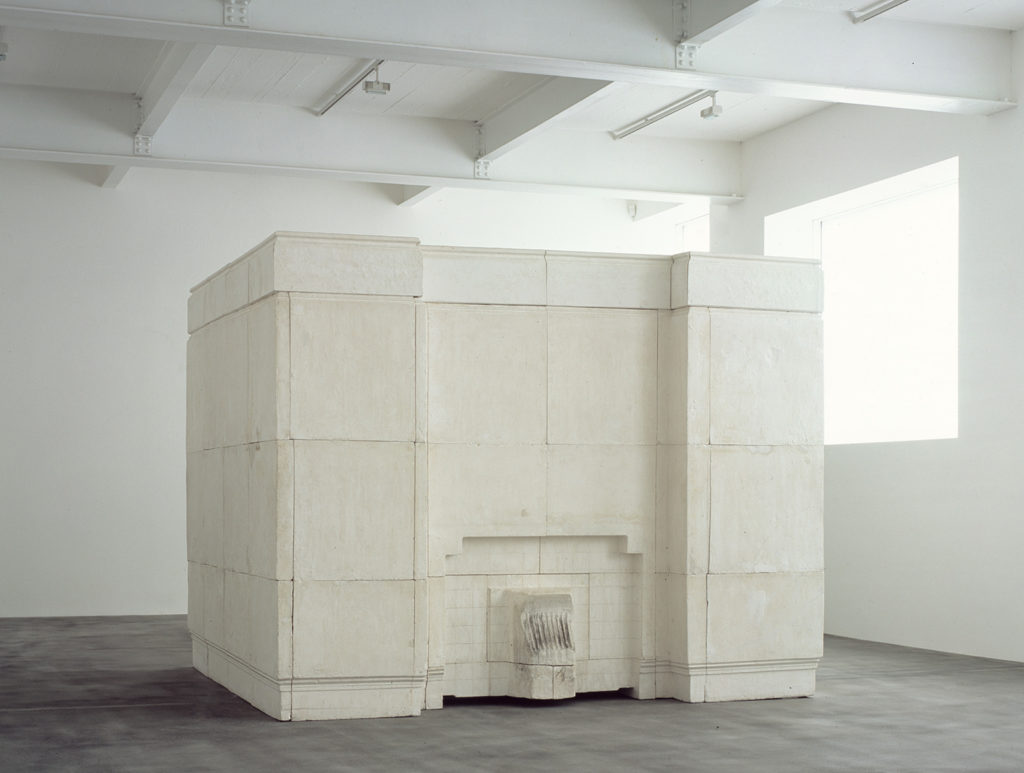 How did your work develop during this period?
In my first show in 1988 in the Carlisle Gallery, I showed the casts of a wardrobe, a mantelpiece, a bed and a hot water bottle. And they were the four elements I felt you needed in order to have a room, which was then Ghost, which I made at Chisenhale Gallery in 1990. Then it was from the cast room of Ghost that I made House. It was a transition which happened and when I got the money together I was able to actually do it. Ghost especially, for such a young artist, was a very expensive and difficult thing to make. And then when I made House, that was with Artangel behind me. It was the beginning of what I have been doing for the past 30 years.

Were there any key turning points at this time?
No, I really think that whole period was about me learning how to be an artist and doing some very ambitious pieces in comparison to a lot of the other artists who were working at the time. I was making things that were very much in the public domain, things that were literally going on in the streets like House and the Holocaust Memorial and I think that was the difference. 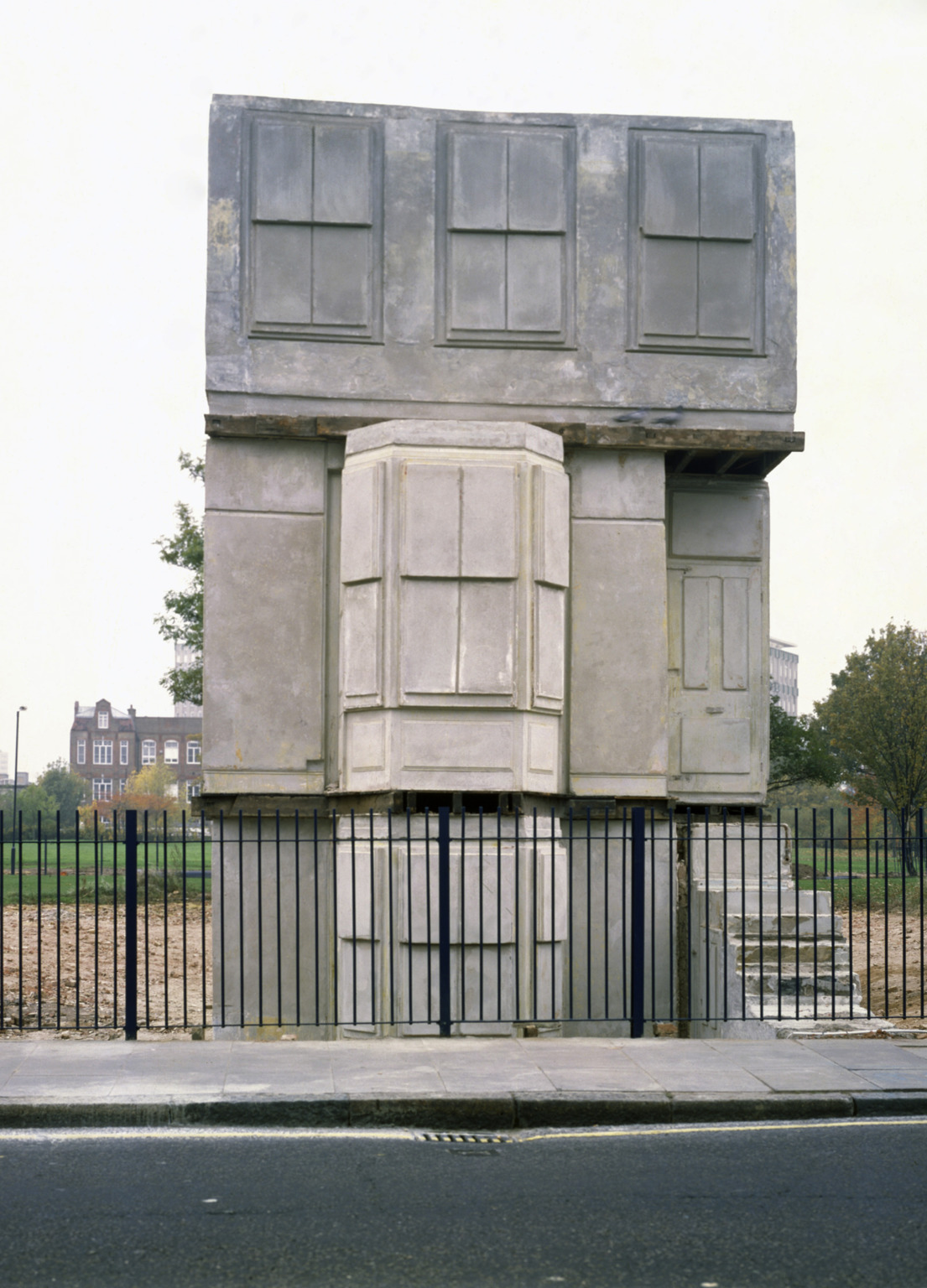 How did you first become aware of a-n?
I remember there was an article in Artists Newsletter about how to become a self-employed artist and all the things you could claim for. I had that pinned on my studio pin board wall for years, and religiously collected all my receipts. A lot of artists became successfully self-employed through a-n. It was a very useful tool.

How significant was a-n in raising the pressing issues of the time?
I remember it covering artists’ rights and pointing you towards useful stuff to look up –  information of a practical nature.

You feature in the a-n archive with reference to House and, at the same time, being the first woman to win the Turner Prize in 1993. Can you talk a little more about this landmark moment?
I’d been put up for it two years earlier when Anish Kapoor won, but the year I won it was a much more even playing field. I was extremely proud but then the KLF thing happened and I had to negotiate that, so it wasn’t such an easy joyful day. [On the night of the Turner Prize award dinner the Acid House band KLF’s K Foundation awarded Whiteread £40,000 for being “the worst artist of the year” and threatened to burn the money if she didn’t accept it]. 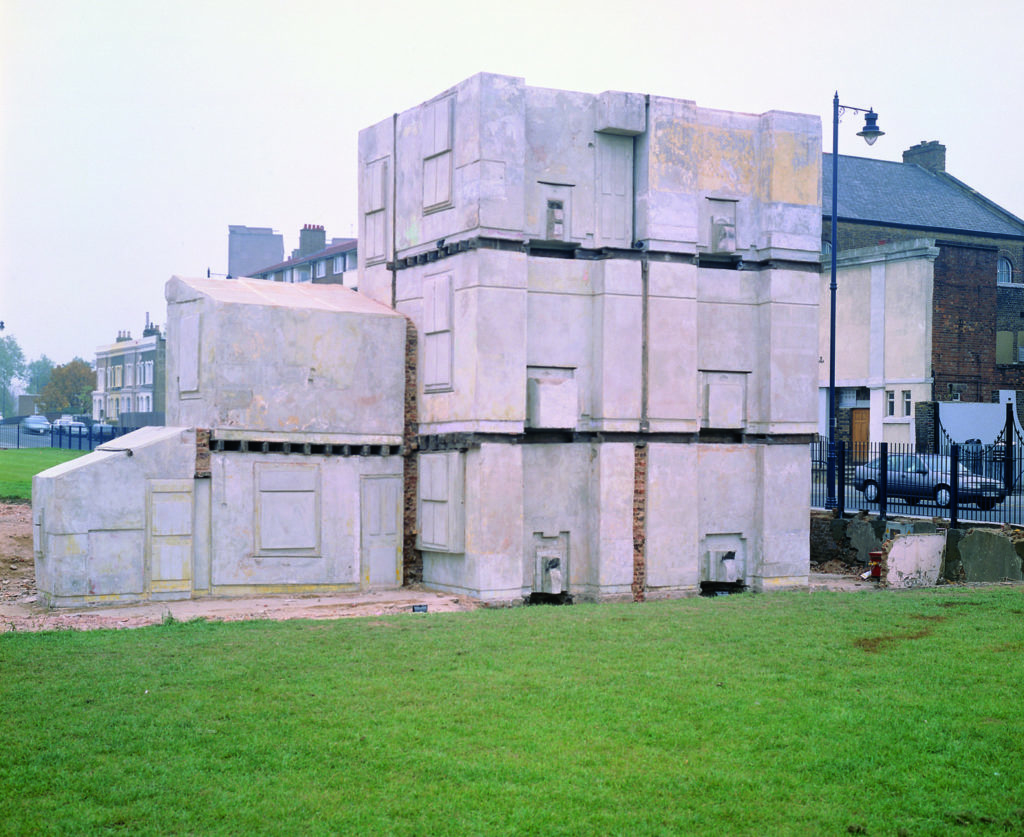 30 years on, what do you think the changes are for artists starting out today?
The colleges have changed enormously – they have become so corporatised, with vast numbers of foreign students and very little money for students who really have no money to be able to go to college. We were so lucky, getting grants and having an amazing time, it really benefited our generation.

I also think the teaching has changed a lot, it’s not as democratic as it was. And the internet has made an enormous difference: everybody can be a seemingly professional artist online but once you dig a bit deeper you realise it’s an 18 year old kid that has made one thing that looks good.

I used to teach a lot but I stopped because I couldn’t stand the way in which art students wanted to know how to become famous before they’d even got out of their nappies, you know? I would look them in the eye and say, just work hard and think about what you are doing and stop trying to be an artist – just get on with it!

What advice would you give to your younger self?
I don’t know, I think baby Rachel was quite wise, really. Maybe because my mother was an artist – although she was never an artist that made any money – I navigated relatively well through those times. They were very difficult in lots of ways: there was a lot of competition around and people were very much ready to jump into your shoes if they could. So I can’t really think what advice to give me: just head down, carry on working!