Yinka Shonibare RA, CBE (born 1962 in London, lives and works in London) explores issues of race, class and post-colonialism and works in multifarious media including sculpture, painting, photography, film and installation. Shonibare’s work invariably incorporates what has become his trademark material: the vividly patterned, culturally-freighted faux batik ‘Dutch wax’ fabric originally mass produced in the Netherlands for the West African market. Shonibare came to wide international attention when he showed at Documenta in 2002 and was nominated for the Turner Prize in 2004. In 2010 his first public art commission, Nelson’s Ship in a Bottle, was displayed on the Fourth Plinth in London’s Trafalgar Square.

A photograph from Shonibare’s series Diary of a Victorian Dandy appeared on the cover of Artists Newsletter, November 1998. His work was featured on p18 in an article about this series of posters commissioned by Iniva, which appeared at London Underground stations. The images are described as: ‘tableaux posed at a mansion in Hertfordshire, a wily set of images providing a masquerade, almost a Rake’s Progress, the life of a Victorian Dandy who seems distanced from the other participants in these scenes. This black persona strikes a variety of postures in the midst of scenes dominated by white period stereotypes.’ 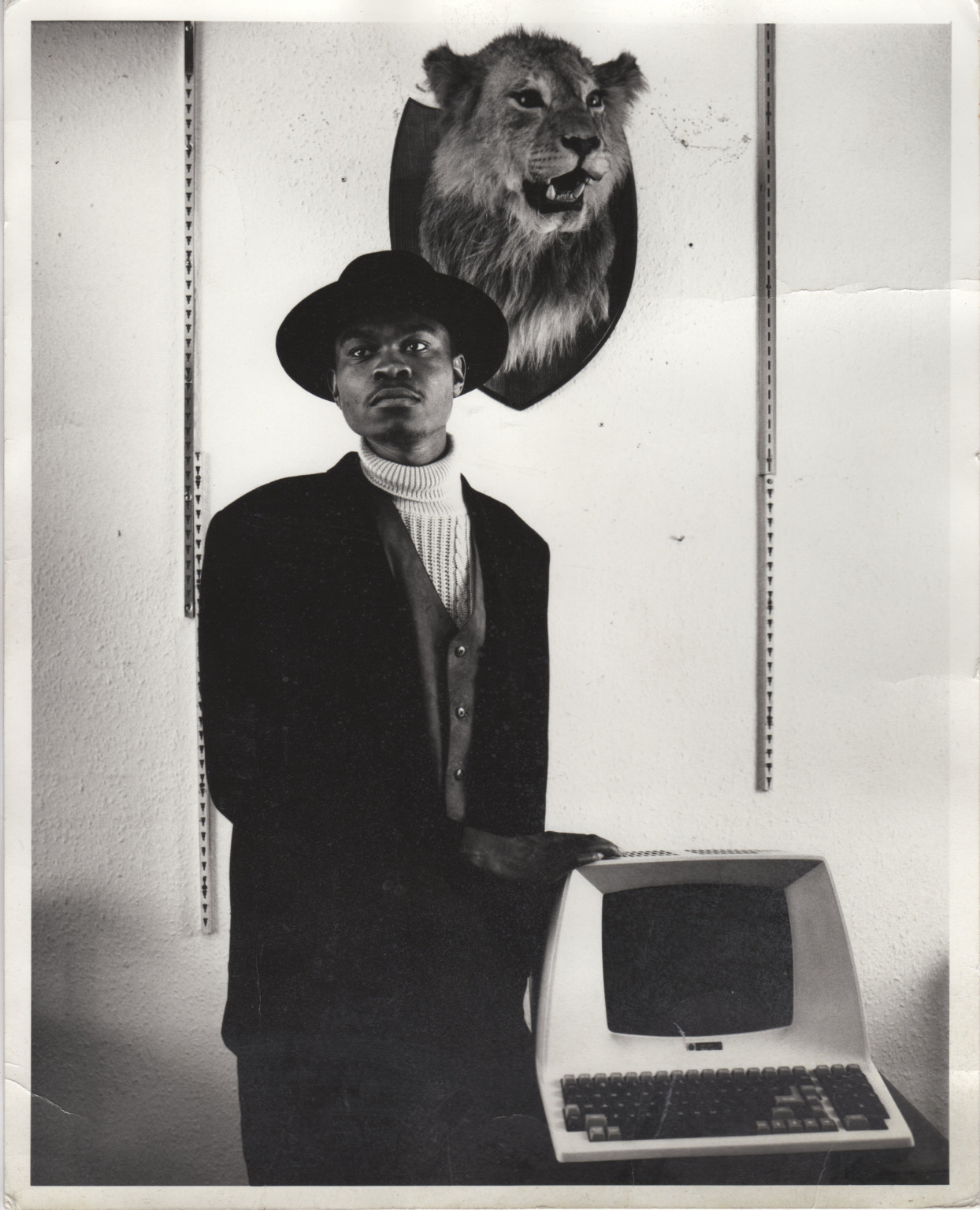 What did the 1990s mean to you both personally and professionally?
The 1990s were really interesting: it was when I finished my MA at Goldsmiths College and I was just going into the art world. There was a recession when I left college in 1991 and the art world was very much artist-driven and artist-led and I remember going to places like City Racing to see shows. But then Charles Saatchi also loomed large in the 1990s, he seemed to dominate everything. But even though I’d gone to Goldsmiths, I wasn’t in the YBA [Young British Artists] gang. I knew them all, and we all went to the same openings and hung out in the East End, but I wasn’t part of their group.

In 1992 I was in the Barclays Young Artist Award show at the Serpentine and in 1997 I was in ‘Sensation’ at the Royal Academy. I remember the buzz and thinking that money was just arriving in the art world. By the middle of the 1990s British people started being interested in contemporary art and that was the big change.

How did your work develop during this time?
The first person who ever bought my work was Charles Saatchi, from Max Wigram’s Independent Arts Space in Chelsea. Then within a week of Saatchi showing interest, Stephen Friedman picked me up and that had a significant impact on my work, because it meant I had a gallery and all of a sudden there was demand for the work. So I had a platform and the work became more ambitious. I did Diary of a Victorian Dandy, the series of photographs which was originally shown on the London Underground and then I started to explore and push myself more. 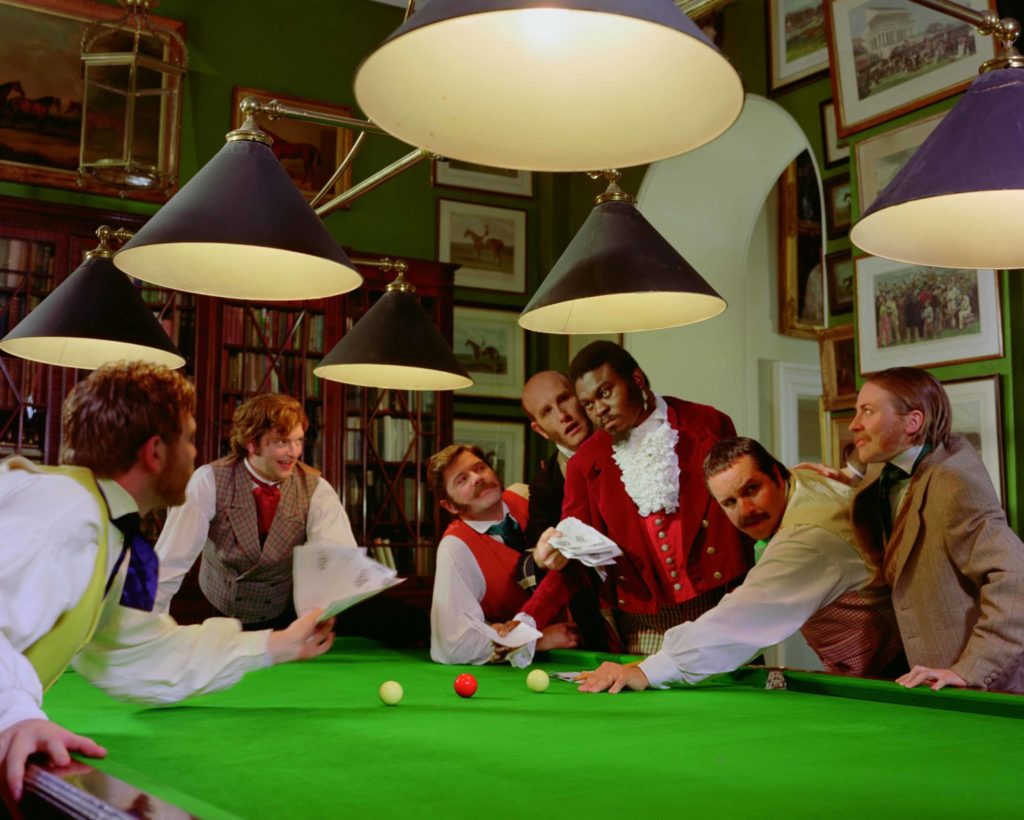 Were there any key turning points in this period?
For me the big jump really was from painting to costume. It’s completely commonplace now, a lot of artists are stitching and sewing, but at the time it was really pushing the boundaries. Because of my name a lot of people actually used to think I was a woman and they were really quite surprised that I was a bloke showing dresses in galleries.

How did you first become aware of a-n? How did it hit your consciousness?
I was sharing a squat with a number of artists in Clapham, including Hew Locke who also had a studio there. The artists used to pass a-n around looking for listings and opportunities. So I definitely knew the publication from all the artists around me just passing it around, really. I don’t think I ever actually bought it. It was very useful and I got a lot of information from it. Before the internet it was the only place to get your information. 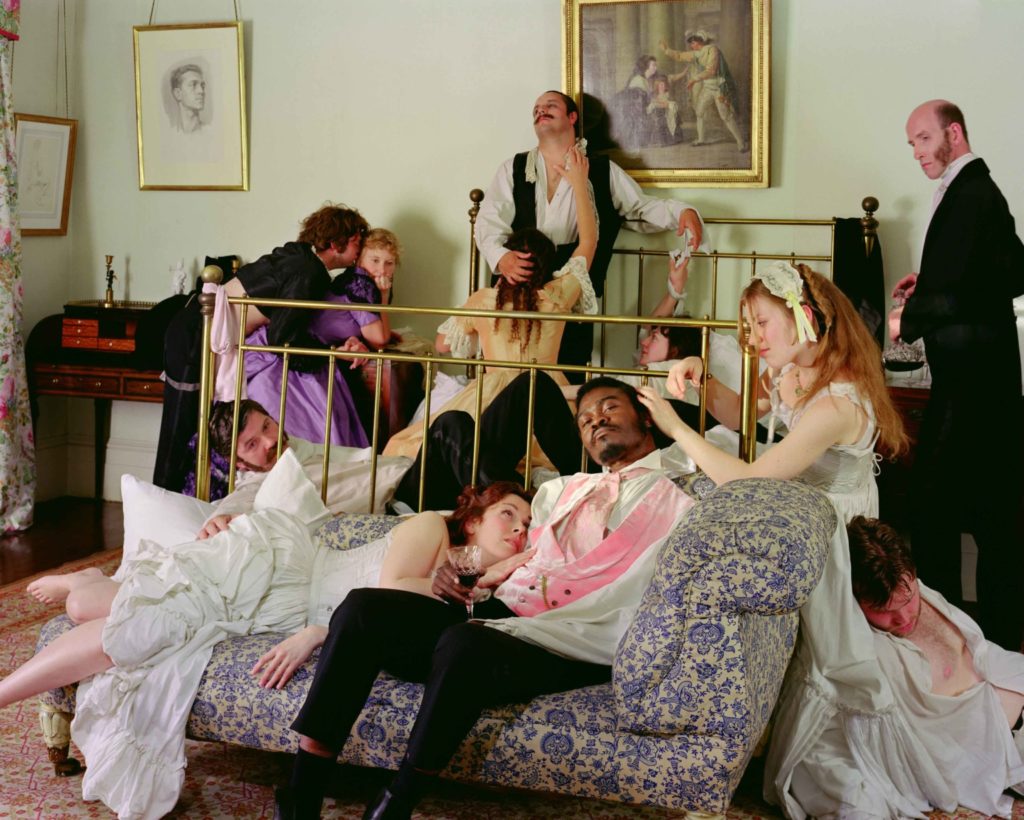 How significant was a-n in raising the pressing issues of the time?
It was very significant. Eddie Chambers, Rasheed Araeen and other people in the Black Arts Movement wrote for a-n. It was a time before the heavy commodification of art when culture was important, before the market took over everything.

You feature a few times in the a-n archive, but the main coverage is a review of The Diary of a Victorian Dandy, commissioned by Iniva in 1998. Could you talk a bit more about that project – it was so conspicuous, on maps and posters on the Underground.
I felt that the anger and the activism of the Black Arts Movement was justified, but I’d grown up in Nigeria and I’d had different experiences elsewhere so I guess I wasn’t as angry. For some reason I was obsessed with Oscar Wilde and I wanted to bring some glamour and style into the politics, and to bring some humour into it all. So I approached Iniva and said I wanted to do this project – ‘it’s going to be very expensive but it’s going to be fantastic!’ I wish I was still as confident as I was then! There was no Art on the Underground then, but I was determined to have it on the Underground as thousands of people would see it. It cost over £50,000 which was a huge amount of money for that time. 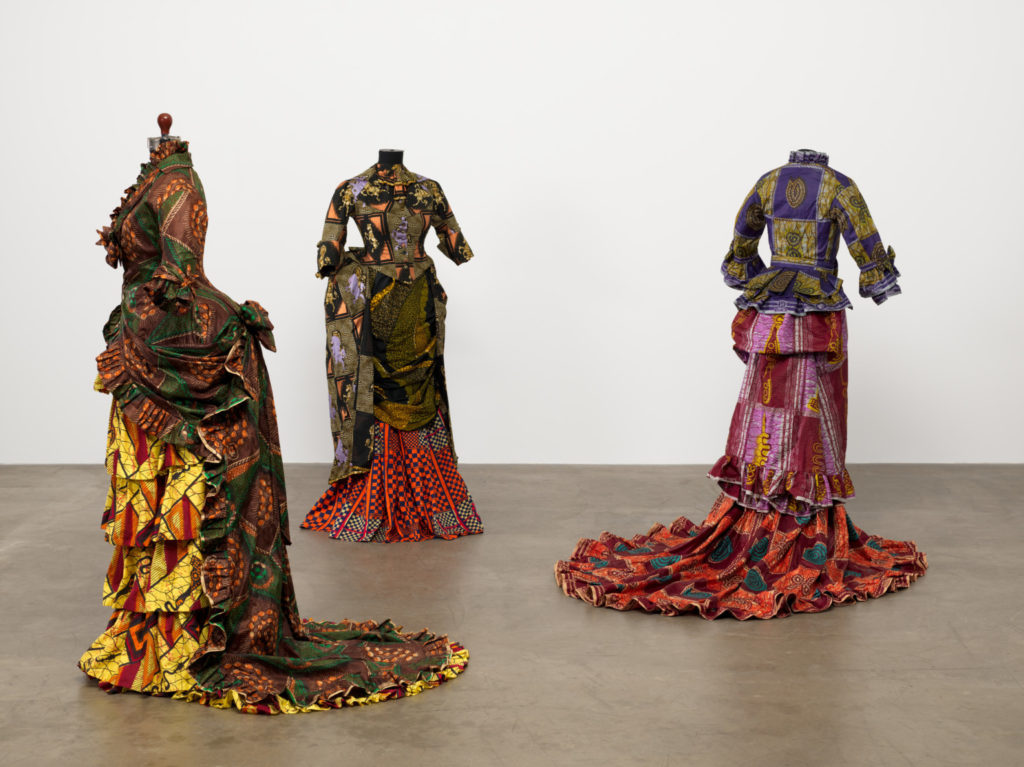 30 years on, what do you think are the changes for artists starting out today?
In many ways they have more opportunities than we ever had, because more people are interested in art. But it’s also more difficult. I can’t imagine just taking over a building in London and squatting and turning it into studios – people would probably get arrested if they tried to do that now. Things are so much more formal. This is partly why I started Guest Projects here to give artists a space and an opportunity to show. So I think that’s what’s different, that freedom to just do things and have no money. I meet young artists now and they are like business people. They have gone to Goldsmiths but they might as well be doing a Masters in business. I’m very business-minded myself but out of necessity more than anything. Money is a means; it is not an end in itself.

What advice would you give to your younger self?
I probably would have said “Don’t do it, it’s going to be really difficult!” I think I was naive about survival in the art world and it took a while for things to get started properly. I was an arts administrator for a while but it was quite difficult and people don’t realise how much you have to push. Everybody around me – and particularly the Black British art world – was saying that you couldn’t get through to the mainstream, but I was bloody minded and didn’t listen to that. I’m glad I was, but I think I would have advised myself not to presume that everything was going to be easy.