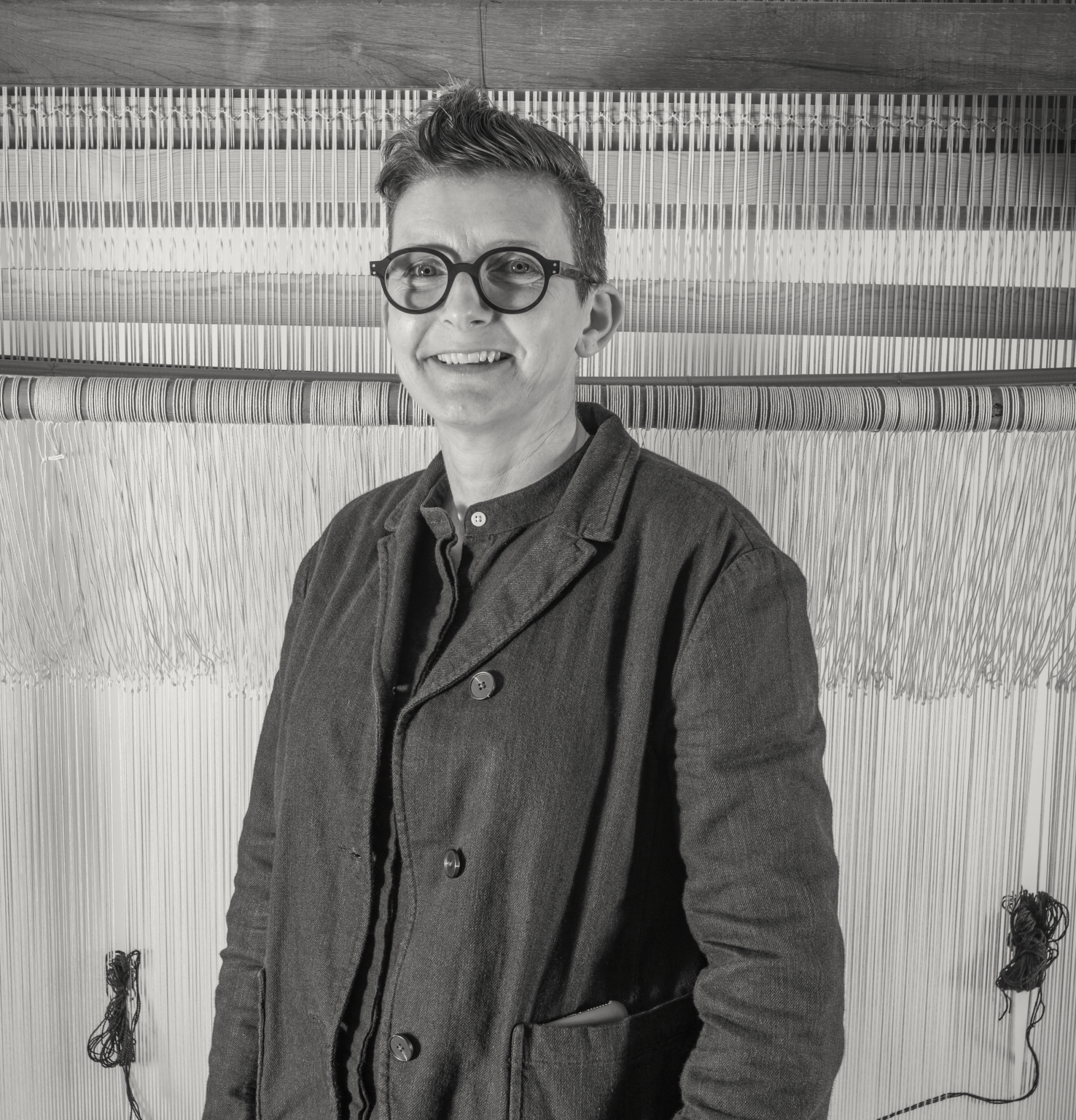 Caron Penney (b. 1970, UK) studied Constructed Textiles at Middlesex University, graduating with a BA (Hons) in 1993. She was a Master Weaver, Studio Director and Consultant for the West Dean Tapestry Studio from 1993 - 2013, when she opened her own Atelier in West Sussex (as featured in House & Garden magazine in November 2017 and Crafts Magazine in July/Aug 2018). Penney’s hand woven tapestries have evolved around a central theme of Manhattan since she first visited the city in 2001. Penney reacts to the urban landscape and the systems and patterns that repeat across the streets and avenues. Often these themes respond to the ebb and flow of the daily migration across the City. The subject matter draws comparisons between societies need to function and the individuals need for identity and their subtle co-existence. This careful balance is represented in the meticulous repetition of patterns and shapes in her tapestries. Penney uses traditional hand weaving techniques to create her works, which involve the careful and intricate process of weaving with gilt gold threads and worsted wools. This is both meticulous and mediative work, created in the Gobelin style of weaving. West Sussex