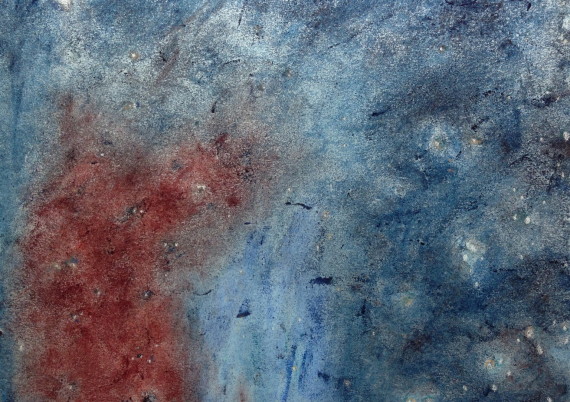 I’ve been preparing my space. It has its wall and projector box – hurray! for UCS technicians and all their support. The box looks rather tall, and although the projection area looks as I imagined, the rest of the space […]

Practicalities It’s all getting very real! I’ve had my technician session to specify my build for the degree show – with its new wall and a plinth to hide the projection kit, borrowed the projector, media player and long extension […]

I’ve already considered and rejected projecting a kind of floating show of my animations onto smoke. It would be too difficult to create enough of a dense body of smoke for long enough to show a projected image, and doing […]

In the past few weeks I’ve tried to confront my anxiety about how to display my work by seeing a lot of exhibitions. These ones were particularly useful. Annabel Dover: The Psychopathology of Everyday Life Waterfront Galley, Ipswich. Annabel is […]

It’s been an interesting few weeks. Postgraduate RCA sculpture students visited to tell us about their practice, and then give tutorials. My tutorial with Luana Duvoisin Zanchi was really rewarding: the stop motion clip seemed to interest her, and reminded […]

Well, my project this week was to use photos of the prints I made and blogged about for my last post to make an animation of the original image. I scanned them into my computer, and then set about creating […]

After tucking up my roll of pastel picture, I’ve decided it is time to tackle a new image from the cine films. One has a brilliant blue singe mark across it, and some interesting life going on ambiguously across it. […]

The big soft pastel image has been an interesting adventure. – I’ve experimented with stump blenders, in an effort to reduce an accumulation of finger grease that might have reduced the image’s surface bite, and prevented me adding more layers […]

I made it to London’s East End determined to see as many new (to me, that is) contemporary galleries as possible, and to consider how/why they had displayed the works shown. Here are my highlights – * LONDON NEWCASTLE PROJECT […]

During my group crit. my tutor David Baldry made one comment, that my work would really only achieve the effect I’m chasing if I get the display right, which I have to agree with. It is almost distressing to find […]

Well, I had a go at a bigger watercolour on stretched tracing paper. It is not easy to build up dark areas of pigment, possibly because the bigger paper holds so much water. I decide to let the paper dry […]