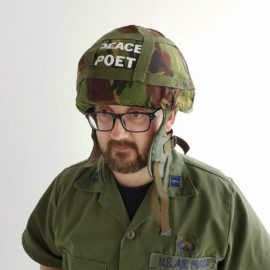 I’ve been working with a bunch of young staff from London’s major cultural organisations on Seven Days in Seven Dials; a week in the life of London’s Culture Quarters. The staff are all part of the Culture Quarter Programme, a […]

So, we’re getting old and we’ve settled down. We’ve taken a shop for long enough to take our boots off and get comfortable. Agora, 1a New Road, Shoreham by Sea was one of the stop on the Empty Shops Tour […]

A couple of years ago I ran a small local arts organisation, the Revolutionary Arts Group, struggling with no resources to stage artist-led festivals and open studio events, and using non-traditional venues for exhibitions- an old bakers, a functioning church, […]

Almost a year ago, I had a phone call from a civil servant at the Department for Communities and Local Government. He’d picked up on the work I’d done with artists and empty shops and wanted to know if it […]

As I’ve had time and space to work on ideas for empty shops this year, and as I’ve been able to support others in their work, I’ve become ever more keenly interested in the ideas, inspiration and ideology behind the […]

It’s only a couple of weeks until I host the first national Empty Shops Conference. Now conferences all look a bit big and scary, but this is organised on a shoestring (which has been jointly funded by Worthing Regeneration and […]

You might assume – from the lack of blogging here – that I’ve done nothing all summer. Of course, it is the opposite. Visits to Central St Martins, the E17 Art Trail, Coventry, Portsmouth, London and projects in Worthing. And […]

There's a clear line becoming apparent in the emerging empty shops movement. On one side there are artists and organisations who have been engaging with empty spaces for a long time. Often, there's no clearly stated reason – but some […]

Well, who says artists never talk sense? And who says government never listens? A few weeks ago, I had a call from a civil servant, wanting to know what the Empty Shops Network was all about. And – persuaded that […]

It's gone … the Pop-Up Gallery has done it's thing. It stirred things up, created a buzz (both online and in the real world), fired people's imaginations and then slipped quietly away late on Sunday afternoon. It won't be forgotten; […]

I like the idea of shops you find in a back street, hidden round a corner, that you can never find after your first visit; that element of magic in the humdrum of retail. And this week, in Worthing's Guildbourne […]

About eight or nine years ago, not long after the Revolutionary Arts Group had started up in Worthing, one of our artists came to us with an idea. Debbie Zoutewelle, an excellent painter, had a past life as an estate […]