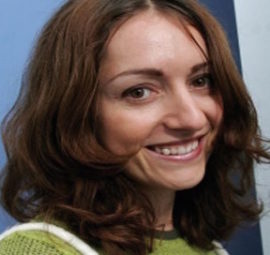 Emilia Telese is a UK based Italian artist. You can find my new work here https://tinyurl.com/y7orhmcz and old work here www.emiliatelese.com Follow me on Twitter: @emiliatelese Sussex

Call for artists: Contribute to PhD research PhD Research Were you an early or mid-career artist practising in the UK in any of the following years: 1980, 1990, 2000, 2010? Payment: Single payment Experience required: Some Students eligible: No […]

I’m writing this from Maastricht, where I presented a talk and workshop on my ideas of The Artist As Entrepreneur for the annual creative industries conference organised by The Artist and The Others (programme here http://theartistandtheothers.nl/event/conferen…), an interesting Netherlands based organisation linking […]

A staggering 8 years after the last post on this blog, I wondered whether what I was writing in 2008/2009 is still relevant today. Essentially I was asking: Where do we stand, as artists, within the UK economy? How do we relate […]

(A Class Act, part II) In Italy, the perception of an artist as a socially valid professional has been socially accepted since the times when Renaissance artists would have their "bottega", their workshop right in the heart of the city. […]

A Class Act: Towards The democratisation of the Artist The relationship between making art and social heritage is a complicated one in this country. At Seeds of Change, one of the NAN Roadshow events exploring the art maket, which I […]

(A Class Act, Part III) In a situation where individual artists (as opposed to organisations) are not able to apply for funds directly, those who are able to stay in the profession in the long run are either those artists […]

From Leigh French, continued If Creative Scotland mirrors other European models, and given what the Culture Minister has said to date, the likelihood is that in Scotland, too, there will be significant financial pressure to replace grants with a system […]

From Leigh French, continued We believe that Creative Scotland will look to generate income streams through the exploitation of 'creatives'. Increasingly, they will be treated as the consumer base for a new financialised system of commercial 'creative' exploitation — indebting […]

From Leigh French, continued Given what will be a shortfall, if not initially then quite quickly, Fabiani has stated: “If formed, Creative Scotland will add to the range of funding sources available to artists and creative practitioners. As well as […]

From Leigh French, continued The Cultural Commission, established in 2004 to gather "views and opinions from the people of Scotland on where and how culture in Scotland should be supported", cost us around £500,000. What is the justification and expense […]

From Leigh French, continued We are now told Creative Scotland will firstly take the form of a "publicly owned limited company" after which it will be established as a statutory NDPB through the Public Services Reform Bill in 2009 (which […]

A Scottish Perspective on the economy of artists – by Leigh French This evening, special guest Leigh French from Variant talks to my art and economics blog about the debate around the proposed changes to the funding system in Scotland, […]