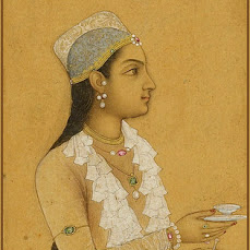 Fatima Zahra Hassan is a visual artist, educator, and a researcher, trained in Painting/ Visual Islamic and Traditional Arts. She specialises in Asian and the Middle Eastern Manuscript Illustration and Arts of the Book (Indian, Mughal and Persian Miniature Painting). Zahra studied Sacred Geometry/Islamic Patterns concerning analytical and cosmological approach. Besides, she also studied Geometry, Biomorphic Design concerning the surface design and embellishments. Zahra has worked as an artist/designer and a consultant for various international organisations. She has undertaken much international art and design commissions with individuals, institutions, and organisations. She is a visiting artist/academic in the UK and abroad. She also introduced new courses in the Prince’s School of Traditional Arts London and the University of London’s and the British Museum’s joint World Art Programme in South Asian Art and Design held at the British Museum and Asia House London. She has conducted many workshops and given talks in museums in the UK on Indo-Persian Miniature Painting and Islamic Illustrated Manuscript Illustration. Many of her students whom she taught and trained are already established designers, painters, illustrators and educators. She is part of international research groups and publishes on South Asian and Middle Eastern Art with an approach that bridges the practice with theory. http://www.fatimazahrahassan.co.uk London