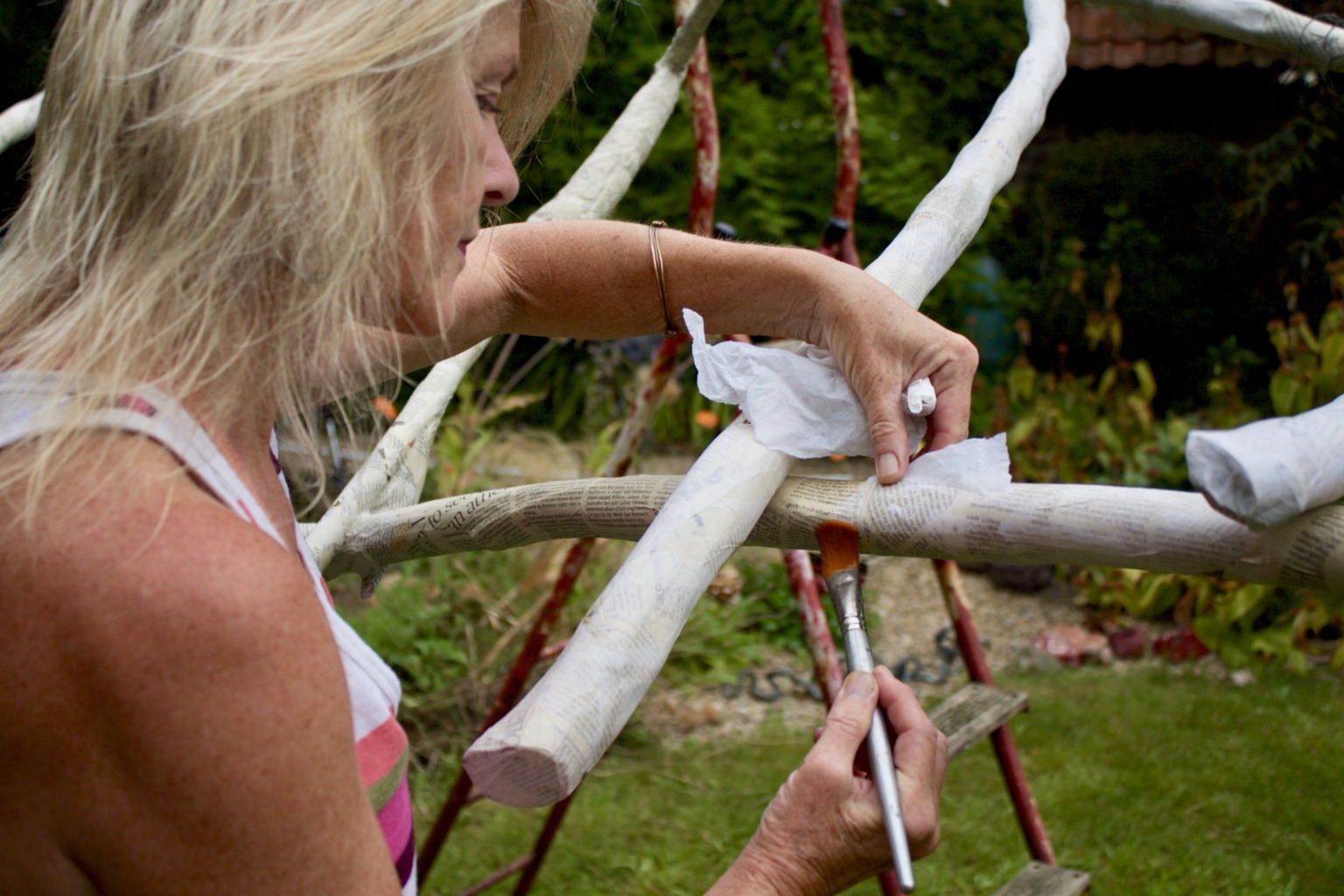 Fiona is a visual artist, educator and curator, passionate about art and nature. Brought up in Kenya, she is now based in Somerset, UK. Fiona creates mixed media artworks, often blurring boundaries between sculpture, drawing and installation, sometimes as large scale assemblages. Approached as drawings in space, line extends into 3d form. Fiona also works in film, and dips into performance. She works within the community, collaborating and curating art projects involving social engagement - often in unexpected places for art. At the root of her practice is the notion of interconnectedness throughout nature, line as energy, life’s cyclical persistence and transformation. Increasingly, environmental concerns about human exploitation of nature and over-consumption inform the content, taking her work into the realm of artivism. Fiona is interested in tentacularity - linear life forms repeated micro to macro. She sees these rhizomic connections as metaphors for life, vitalism and regeneration. 'Tentacularity is about life lived along lines ... a series of interlaced trails’ (Donna Haraway). Materiality and process are central: Fiona's work is labour-intensive and her use of found objects, discarded and recycled materials relates to waste, our relationship with matter, nature, and ourselves. Collecting materials is an intrinsic part of the process. Throughout, there is an underlying theme of sustainability. Fiona gained an MFA from Bath Spa University in 2018 and a BA from Byam Shaw School of Art, London in 1987. Alongside her own practice, she teaches art and brought up her son. In 2019, she won a Royal Society of Sculptors Gilbert Bayes Award culminating in RSS GBA Winners exhibition, London & becoming a Member of RSS.  She was selected for Ingruttati Palermo workshop and exhibition, part of Manifesta12, Italy, where she made a performative piece Gift of Water. Residency solos include Offenders, Cells, Town Hall Arts, Trowbridge, '19; Found, Now Missing, Voyages at Contains Art, Watchet '14; and she was highly commended for her Green Capital Residency, Big Green Week, culminating in exhibitions at Create Centre and Arnolfini, Bristol, '12.  Fiona was awarded Arts Council funding for her ambitious project ‘step in stone‘, involving site-specific artscapes in Mendip quarries with 14 international artists, in 2015. She curated and featured in the multidisciplinary event, which linked culture, environment and the community. She also co-curated and featured in ACE-funded B-Wing, Shepton Mallet Prison, a site-responsive project with 8 artists/writers and community events. She is currently working on an artist-led travelling project around South West UK - Inch by IN:CH, 2021. Commissions include a 4m hand woven canopy as a focal piece for Sarah Eberle’s Viking Cruises Mekong Garden, Chelsea Flower Show, 2016, which won gold and best artisan garden. Other awards include Round Lemon, ONE exhibition, first prize '21; Red Line Art Works Award, '20; Environmental Award, Devon Recycled Sculpture Trail ’14, Atkinson Gallery Summer Show, first prize ’11, and David Shepherd Foundation 3-d Wildlife Artist of the Year, ’09. A film about Fiona's work was commissioned by Art UK, in partnership with Culture Street & Royal Society of Sculptors in 2021. Fiona was Rep for Somerset Art Works, served on the Board of Trustees at Black Swan Arts, and is now on the BSA Programming Committee. www.fionacampbellart.co.uk Somerset 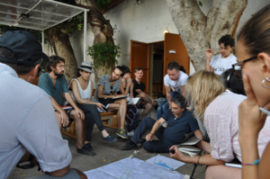 Diary of my experience taking part in a project as part of Manifesta12. The related exhibition ran from 27 July – 4 November 2018