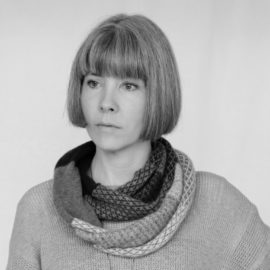 Jessa Fairbrother is a visual artist using photography, performance and stitch. Her long-term investigations revolve around subjects of yearning and the porous body. Bristol

Finally I got to see a very important manuscript. In person. This has been such a milestone I could hardly believe it was reached. This bursary has been in part supporting me with ‘due diligence’ on a project and I […]

I have now undertaken a session of 1:1 tuition with an expert printmaker, Martyn Grimmer, at Spike Island. While this is about a transmission of skills, I think I should also explain the embodied knowledge that was part of it […]

There’s a saying about certain plants – first year sleeps, second year creeps, third year leaps. This process has been a bit like that and I’m currently in a leap. Which is a relief. Last week I had an email […]

This week I’m going to pick up a plate from a print-maker in Spike Island (Bristol) that is part of the bursary I was awarded in 2020 by a-n. I want to talk a bit about this because with the […]

Having missed my friend the day before we reconnected to meet up and do some galleries on Saturday. We ended up doing a variety of shows in East Village and I had a totally different experience going with a New […]

Following on from the Salon in the middle of the week I still had other things left to do while in New York….Meeting people you want to meet is hard – and it’s peculiarly ephemeral. You might or you might […]

My third day was all about speaking at the 10x10Photobook Salon. Having been to one earlier in the year on my last trip to the US I knew it would be quite informal and a really lovely way of showing the […]

My second day involved going to see artist Lucy Helton, who was also presenting the next night at the same event I was invited to talk at. Lucy has a studio quite a long way from where I was staying…It […]

There are moments for me when its very much like a sunbeam breaking through a cloud – when something suddenly makes sense – even though it might have been said to me before. This happened when I went to see […]