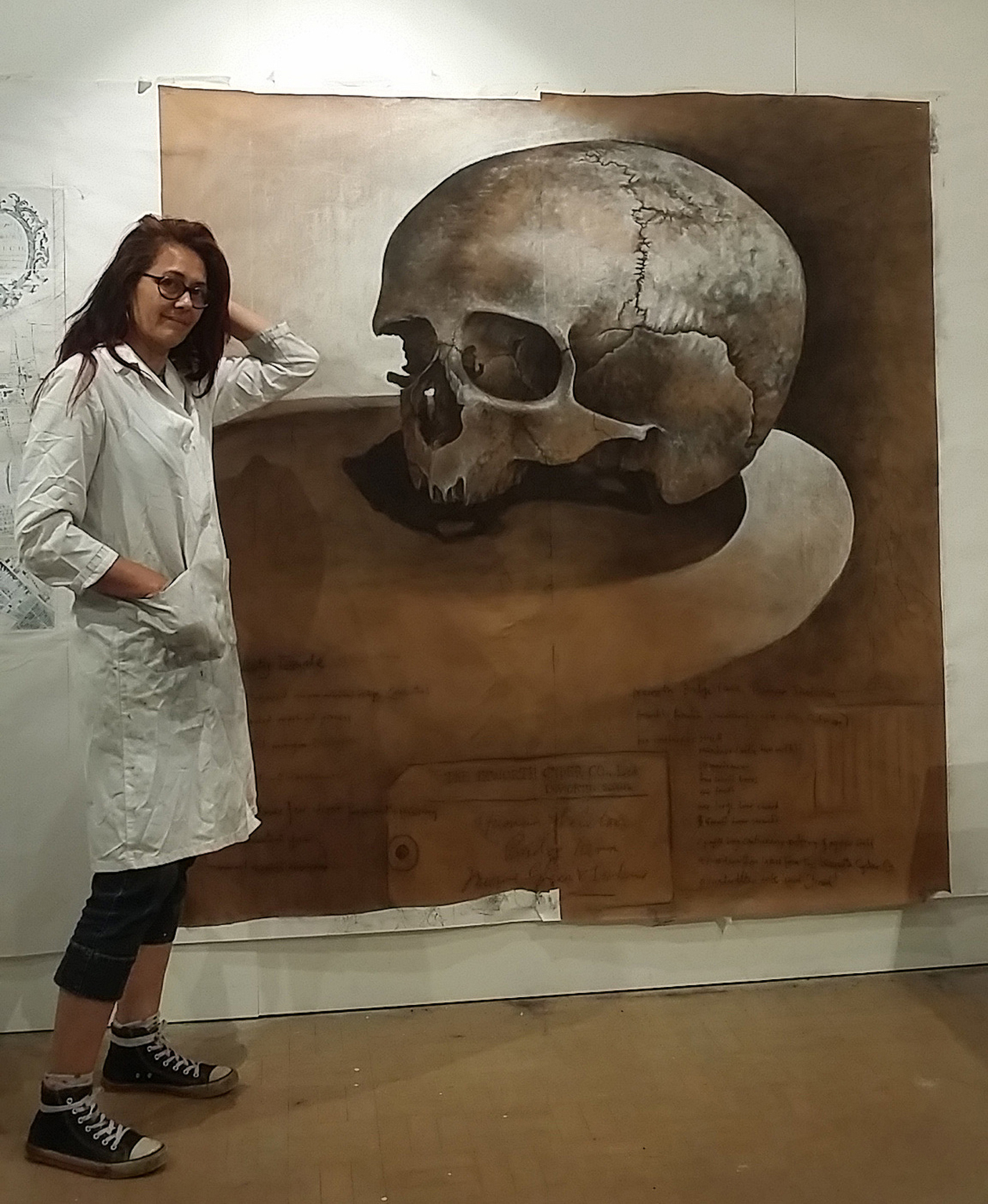 Lisa Temple-Cox's current research interests explore the aesthetics and symbolism of the medical museum with a focus upon the anatomical. It examines our own subjective experiences and perceptions of the body in life and death using a range of media, including large-scale immersive drawing, assemblage, and installation. Her practice embraces both specimens of human anatomy - usually drawn in situ in the museum or museum stores - and natural sciences, and she often works from her own collections of animal and human remains. Recent work has developed from a practice of using a glue-based transfer process (transfert-collé) on watercolour paper to create a background for overdrawing. This painstaking method of image transfer slowly reveals the underlying image – reversed, worn and weathered - that results in a de-familiarised ground over which she draws directly in pen, pencil, Biro or charcoal. This creates a palimpsest on which the overdrawing emerges while remaining part of the ground. The use of maps situates the objects drawn in the locations in which they are found – be it city, state or country – although the maps themselves may be several centuries older than the specimen drawn. The work is thus out of time and place, while remaining inextricably bound to this small world. She has developed her professional practice as both visual artist and researcher over the past 25 years. During this time she has been commissioned by both public organisations and private individuals making artwork for institutions as varied as schools, hospitals, museums, libraries, and even public conveniences. She has exhibited widely and is a practised speaker and workshop leader, and has undertaken a number of artist residencies in Europe and the USA. Colchester