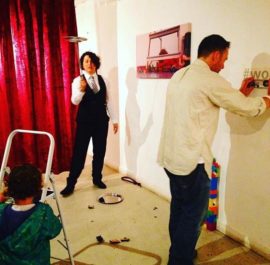 My practice responds to the context of my surroundings using different mediums such as live art, installation and video. I perform in public and private spaces performing as the ‘host’ by presenting workshops, actions and talks in an engaging way using live art techniques. Manchester

This week I had my first meeting at The Orchards specialist school in Flixton, Trafford to talk about how to introduce and adapt Statue performance/workshop for the school setting. I specifically wanted to work with this school as it believes […]