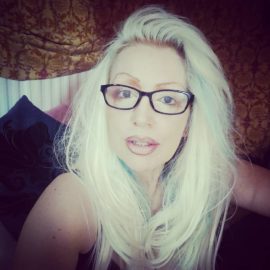 Creative Activist, Artist, Musician, Filmmaker at Future's Venture, BA(Hons), PG DipMus, MDes Film TV. Pasha du Valentine was born (Sarnia de la Mare) in 1962 in Helensburgh Scotland. She was educated at a boarding school in Surrey, Frensham Heights, which is renowned in media and arts circles. It was at Frensham that a music and arts foundations would be built (although confined to the piano as cello was a later addition). ​ Pasha went on to study music and arts at an advanced level and was awarded a degree in Music and Visual Practice, BA (Hons) (University of Brighton), a Post Graduate Diploma in Music Theory (Open University), and a Master of Design, Film and Television, University of Edinburgh. ​ In the mid-2010s, Pasha launched the first Brogue Magazine in Brighton and set up the tiny Hush Gallery which was the precursor to the Brighton Arts Club (BAC), a not for profit multi-studio, gallery and performance venue facility for local practitioners in music, art, and spoken word. ​ The Minge Fringe exhibitions were curated by Pasha during these years celebrating women in art and set the tone of a series of artworks and projects to follow. ​ More recently, Pasha was awarded a generous grant for her groundbreaking exhibition 'Dominartist™' by Future's Venture in order to further her creative research and practice. ​ Goddamn Media, founded in 2005, continues to produce fine art prints from the portfolio. Pasha now conceptualises and produces soundscapes, audio soundtracks and compositions using digital and acoustic instruments for various projects, particularly film, performance and movement. ​ Pasha was awarded a fellowship at the Royal Society of Arts in 2020. Gosport and London