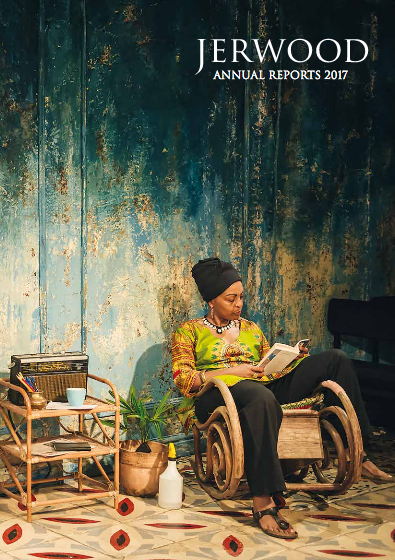 Marking the 40th anniversary of the establishment of the Jerwood Foundation in 1977. Since 1991 the Foundation has focused on the “support, nurture and rewarding excellence and commitment in the visual and performing arts in the UK, with a particular focus on emerging and early-career artists.” It has given £100m in capital and revenue funding since then. In 2017, it supported 627 artists and 88 organisations, spending £1.53m on its charitable activities. Gives a good sense of the values and work of the Foundation, as well as an overview of what it has supported over 40 years.

Established in 1977, the Jerwood Foundation is a philanthropic organisation dedicated to the arts in the UK. jerwood.org