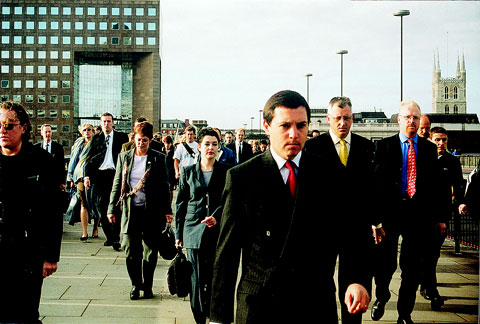 Carey Young is an artist based in London.

Having graduated with an MA in Photography from the Royal College of Art in 1997, she has shown internationally since then, including Media_City, Seoul Biennale, 2000, Crash! ICA, London, 1999 and The Passions of the Good Citizen, Apex Art, New York, 2002. Solo shows have been at fig-1, London, 2000 and the John Hansard Gallery, Southampton, 2001. She was selected for the Beck's Futures awards in 2003.