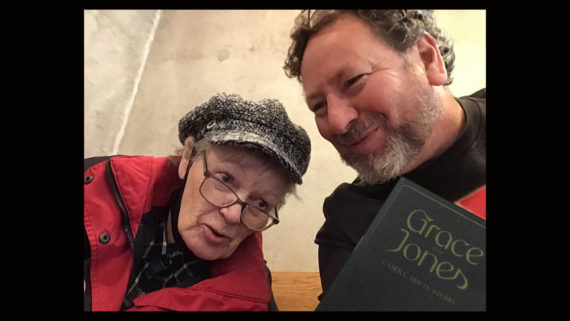 Artistic Statement: From Fine Art to Professional Puppetry and back again. It started as a visual exploration of apophenia, pareidolia and loss in non psychotic style using a skilled craftsman and performers puppetry toolbox. It developed into a unique arts practice. He says, "I’ve always been interested in Duality. Being a Performer and a Visual Artist. A Puppet Maker and a Puppeteer, on one level that’s not surprising. But I’m also interested in schizophrenia and the two men on one horse. The King and the Priest." Marcus Clarke is sometimes described as a 'Flippant Dadaist' due to his use of irreverence. It’s something he finds relevant and amusing but it’s not the whole story. His Arts Practice is driven by a deep sense of personal loss and realized through a combination of conventional Fine Art techniques allied to all that he has learned in a substantive professional career in Puppetry. Both as a Maker and a Performer. Making it quite unique to him. It's an Arts Practice he’s tried to describe and reason to himself as PuppetTVGraffiti utilizing Puppetisation. The irreverence then is little more than a nervous laugh. He says: "I started out wanting to be a Fine Artist, studied art, (Mansfield College of Art) in the 70’s where I childishly told stories and painted faces on scrap household appliances and auto parts. Afterwards I went to work in Theatre Lighting before becoming a Puppeteer and Puppet Maker. In 2008 I returned to my Art Practice taking cues from former mentor Jim Henson’s artwork, The NBC Pipes. Inspired by Ron Mueck who was creating Contemporary Art using Puppetry craft skills. I started making Pictures and Sculptural Collages using Puppet Making materials. Over the last ten years I have created a variety of artworks that are collections of objects and materials, including found objects, plastic, paint, glass, gold leaf, foam, puppet eyes, faux fur, dolls and old jewellery all glued, resin bound or vacuum sealed together in Assemblage style. They’ve become ever more complex though lately works are simpler and more painterly. Subject matter is loss. Often combined with character and emotion explored by referencing things vested with life and memory. Icons, Religious Objects, Keepsakes, Childhood Toys, Fairy Stories and the Seaside. Works vary from the deeply personal to the flippant. My art has developed over a succession of solo art exhibitions. I'm trying to resolve it all but yes you could say, I’m still mostly just telling stories and putting faces on things".