Cycling to the gym this morning for the year’s last workout I reflected on the year and surprised myself with how much I have achieved: sold three works; my first ever sales! Two pieces were purchased for local authority collections […]

Project Art Works. The Turner Prize 2021 Exhibition at The Herbert Art Museum and Gallery, Coventry. Photograph by David Levene.   I’m puzzled by Laura Cumming’s 2021 Turner Prize review in the Observer newspaper. Though I also have sympathy with […]

This is a short review/research on the Maud Craigie ongoing exhibition ‘Indications of Guilt, Pt 1’, written as a part of my BA Professional Development Project.

I have failed. Admitting it is both a relief and shock. I am not used to failing at things but in this case there is no getting around it. It is quite a spectacular fail too – so I feel […] 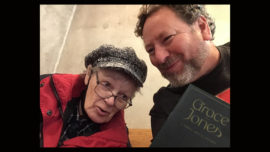 What a time to be alive, my friends!   Shinichi Sawada Untitled (72), 2018. Photo by Ellie Walmsley, from JenniferLaurenGallery.com   The internet was not around when I was just a grubby urchin clambering through the rock pools of Hunstanton, […]

Looking back on my creative output over the last year, I’d have to conclude that I have had a relatively successful 2018 – I have delivered on my promise of staging two Perfume as Practice shows a year, immersed myself […]

this blog post is brought to you by the word … unexpected.   makes a change having a word to focus on, quite the surprise.   the session i facilitated today was at pickfords house – my first time working […]

medical emergencies happen and remaining calm, focussed and in the moment are factors that will help the patient.  at the start of day two of my first aid course we discover one of our girls is unwell and i need […]

i settle down to make a review of my janaury 2018, florence has taken to eric’s chair – i think she realises that once the laptop comes out in the morning we’ll not be going out for our walk for […]