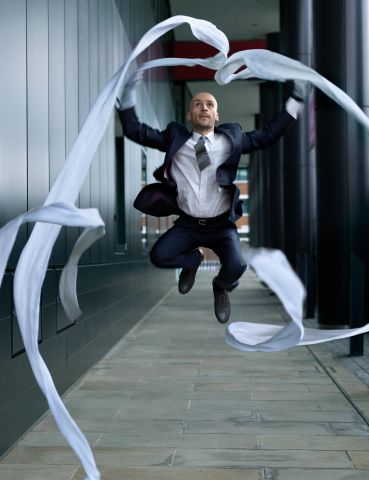 All photos were taken during the preview by the author of this article.

Open to the public 4 June- 27 November

This year’s biennale artistic directorship was lead by Bice Curiger curator of the Zurich Kunsthaus.

The general exhibition theme that she has conceived is called ILLUMInations. ‘The word is written in this way to draw attention to both the light that art brings to the world culture and the role played in today’s world by nations-globalisation notwithstanding-in determining singular identities and enabling artistic affirmation’.

The biennale is always something very special to visit because of its importance as a voice for international expression of what is happening in the art world; however, visiting the preview is something quite exceptional.

The buzz is amazing and the inaugurations and parties, some on top of palazzos and onboard a pirate ship in the lagoon with Prosecco and delicious food a plenty just to give a taster.

The biennale consists of the Gardeni that is the main area where many countries have their pavilions and the Arsenale, an old converted shipyard. Then there are all the other countries and many independent artist’s projects dotted around Venice and its islands, and some of the palazzos and museums have collectively themed exhibitions with well known international artists.

On the 31 May was the inauguration of Anish Kapoors Ascension in the Basilica de San Giorgio where the artist was present, the Wales offerings, where the video of a hand trailing through the water was surprisingly pleasing to the eye, and the UNHEARD Soundscape from Taiwan, exploring Taiwan’s social soundscape. Where sound, as protagonist of the exhibition, appears both in its role as medium and as a metaphorical site for political action, and many more, but there is a limit to what you can manage in a few hours. Venice is a maze and it can be hard to find the smaller independent exhibitions even when one has managed to procure one of the excellent maps which show their location.

The 1 June was the official opening of the preview in the Gardini where the Danish pavilion with its theme of free speech called Speech Matters was the most thought provoking and most interestingly staged with several live performances, brilliantly executed, even humorous at times and very entertaining.

Though one could question why 16 out of the 18 artists invited to contribute work were not of Danish Nationality, surely it is the aim, and in the best interest of a country to be represented by the best of their own artists. I also thought it was rather like an exhibition you would expect to find at a gallery.

The exhibition consisted of installation, photography, cartoons and animation and had a special mural commissioned for the back of the pavilion.

Denmark is among the top ten nations in the world known for its freedom of speech. The exhibition highlights some of the complexities, ambiguities and grey areas inherent to the subject.

“The subject also touches on the essence of artistic visual practice per se, which fundamentally entrails and depends on conditions of freedom. Contemporary artists in a so-called free society operate under the defacto assumption that they can work in conditions of freedom, but to what extend? What about the nature of artistic freedom itself, at a time when it is being compromised by corporate and private interests”

The most engaging performance shown was executed by Mikhail Karikis’ called High-flyer it explored the notion of aspiration, authority and self censorship, engaging with sounds and iconic images. I understand that this performance will not even bee available to the public to view as a video which is rather sad.

The French pavilion contribution was a masterpiece and brilliant. Christian Boltanski’s industrial installation machinery called Chance, the luck of the dice of birth, conveying again his usual idea of destiny and fate, however, this time his view was more optimistic.

Here the idea of birth is conveyed by the faces of new born babies. The contrast between birth and death is suggested most powerfully by the counters that provide real-time statistics on the number of births and deaths in the world.

This installation involves motion and interaction, the audience is encouraged to participate in a kind of slot machine where the idea is that if 3 parts of a baby’s face match up, which is highly improbable but not impossible, the visitor wins the portrait.

You can play this game of chance on the artists website www.boltanski-chance

The Korean pavilions room with surrounding framed mirrors, which would suddenly visually explode with several bullet holes, shattering reflections and gun sounds emerged as fired at the viewing public, was an exceptional statement. The Love is Gone but the Scar will Heal by Lee Yongbaek.

Video and performance was well represented and several of the other pavilions staged live events during the preview, notably the USA in Gloria with its athletics theme of gymnasts interacting with a tank and flight seats cast as a sculpture created by Jenifer Allora and Guillermo Calzadila.

There was also several independent and groups of performance artists who staged live events both inside and outside the main area, most strikingly a woman in a bridal outfit with a cardboard sign saying Nana I am still searching, she explained that it was not only a performance where the gown soaked up the dust of the biennale grounds, but that she was genuinely hoping to find a man at the biennale, and on the second day there were no sighting of her, so I guess she had been in luck.

The UK pavilion had chosen Mike Nelson. His installation comprised a series of rooms set at two levels. “An unfolding narrative, spatial structures, steeped both in literary and cinematic reference” was how the press release described it.

Very dark, drab, and dull and the general buzz among the press was ‘not his best’.

The Venice pavilion presented a video installation with various videos of water patterns, representing different seas in the world that was shown on plasma screens imbedded into sculpturally raised gondola inspired boats, under the title of Vertical Seas by Fabrizio Plessi.

Water was the theme used by several artists especially outside the main areas such as the Iraqi exhibition which was symbolically called Wounded Water.

The Belgian pavilion also stood out with a series of projected black and white images that kept being painted on with colourful interventions composed as a collectively projected installation called Feuilleton, which was a statement concerning the country’s current political situation by artist Angel Vergara.

‘Bad boy’ Steven Shearer’s Exhume to Consume, in the Canadian pavilion, presented poetry composed from Black and Death heavy metal “individual words and blasphemous sentences”, and paintings, which bear resemblances to Edward Munch’s painterly techniques and that is ‘no bad thing’.

The main pavilion was a bit messy and in general uninspiring, it seemed to lack direction and listening to the views of several of the journalists there I could only agree that the Arsenale exhibition was “not as good as that of previous years”.

However, there were entries that stood out, such as the rooms dedicated to the Mafia and the Black Arch by artist Shadia Alem and Raja Akem of the kingdom of Saudi Arabia. Sculpture and video stunningly reflected, with changing mosaic images mirrored in a multitude of stainless steel balls.

Christianity was a very popular theme, many variations on crucifixes, church set ups and other references to biblical characters, mortality and entropy.

Notably the Christoph Schilingensief posthumously represented the German Pavilion in which a church interior combined with many video projections.

The biennale is just too vast to comment on everything or indeed see everything in three days. There were several of the big international artists’ exhibitions, which were interesting. Personal Structures with such artists as Marina Abramovic and Carl Andre and many more at Palazzo Bembo is one that should not be missed.

My present practice is mainly informed by spirituality encompassing iconography and influenced by philosophy and theory, which responds to specific areas, traditions and cultures, questioning of moral and social values and sometimes a sense of the irony in the ridiculous.I mainly work in artist video, performance, sculpture and installation. Recently a bridge has formed between all my disciplines which explore the notion of mediated presence and allow me to investigate the gaze and different ways of involving an audience.