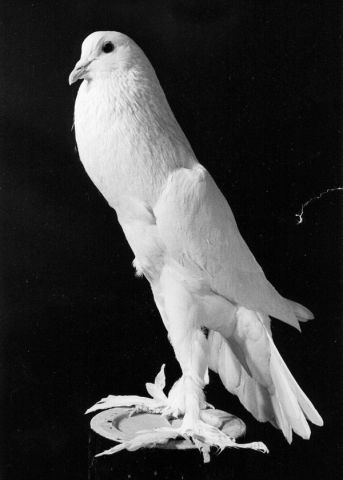 A relative silence surrounded this place, positioned just before the queues of the French and German Pavillion swap.

Stacks of framed images, an over head shelter of glass with an array of shells and one far corner wedge of the space contained a viewing space with film.

The film had the comedic delivery of a Terry Gilliam short and the pompous nature of a fifties natural history documentary. Communist doctrine melding with spiritual rhetoric, drifting into Utopian and Dystopian prophecy. Faction is the word here and yet the whole rig rotated beautifully and purposefully under the umbrella theme of the Beinalle ‘The Encyclopedic Palace’.

In 1955 Marino Auriti filed a design with the US Patent office. His Palazzo Enciclopedico (The Encyclopedic Palace), an imaginary museum meant to house all worldly knowledge, bringing together the greatest discoveries of the human race, from the wheel to the satellite.

Film says
A trust in the future.
The course of things
Communism is the basis of all relationships.

This site-specific installation is titled Still the Same Place and is by Slovak artist Petra Feriancová and Zbynek Baladrán.

The objects presented, a mix of images depicting pigeons, shells, masks, city scapes and personal photographs by the artist Petra Feriancová of family.

Conversely Czech artist Zbynek Baladrán explores with the relationship between the psychological mapping of Venice, and Petra Feriancová’s physical archive, with the Venice Biennale as the imposing institution. Zbynek Baladrán is often described by critics as an archaeologist of knowledge and memory.

The film, a montage of image with voice over, takes us through a palpable multi layered trip of distance and verbal closeness, through personal, social and political contexts orbiting around artefacts seemingley with Venice as a central planet, constellation with a contemporary art centre. The Biennale– as an apocalypse of meanings and subsequent values. Illusive and enigmatic and yet well positioned. Elements felt engaging in a poetic charming manner .

The films voice over, with its allusions to the politics of objects and value, gave the video a poetic strength and a momentum pulling the surrounding presentational devices installed into sharp focus. Archive footage rolled and through over brooding sound design.

The work represents the interests of the artists . Memory and methods of its preservation, the processing of it, its construction and presentation.Venice as a phenominological space a place embodying a market place to contemporary artists, a conflicting landscape between past and the present, memory and intervention, experience and institutional power.

In 2010 The Museo Nacional Centro de Arte Reina Sofia, Madrid curated a major show with the pioneering German art historian Aby Warburg as its starting point. Aby Warburgs study of the hierachical placement and associative potential of image. Incorporating a beautifilly broad range of artists the Czech Pavillion held the flavour of the Atlas exhibition at its core.

The Reina Sofia show entitled ATLAS: How to Carry the World on One’s Back? presented obscure, alternative selections from major artists. Amongst the many Paul Klee’s herbarium with the graphic and theory’s that sprung from it and Sol LeWitt’s photo collages of the walls of New York .

The term Atlas has its origins in classicism and its use within the Czech Pavillion is that of a critical blueprint. An Atlas to unpick and maybe reconfigure an understanding of the world and the contents we value and ignore. Mnemosyne, Goddess personifying memory and one time partner of Zeus.

Atlas was forced to carry the the celestial vault on his shoulders and from this weight he gained knowledge of the world and a broad wisdom.

Aby Warburg’s created his ‘Mnemosyne Atlas’ between 1924 and 1929. ‘The Mnemosyne Atlas’, his name given to a visual form of knowledge. A knowledge of maps and image collections. Intended to impart multiplicity of things, gathered through association, a study of visual clusters. Warburgs legacy was in part about the meaning of images newly understood through association.

What connects the Renia Sofia exhibition, the film and the objects within the installation are the hauntological textures. The acknowledgment of past and its retro stylings feeding a modern form with new perspective and meaning.

On the album ‘Pieces of a Man’ the American musician Gil Scott Heron sings “There can be no salvation. There can be no rest. Until all old customs are put to the test.”

In 1978, French writer George Perec unpicked the contents of an apartment block. The objects, the memories and the space are all scrutinised and connected in ‘Life a Users Manual’. They reveal metaphorical negative spaces with associated narratives. Stories within and around things, around pieces and stuff. Things performing under different psychological stage lights.

In this installation by the Czech Artists presentation of things of memory and its formal mechanisms, feels very much like the maquette of a vision, of a narrative. A critique of self awareness, of itself sat within the story and performance of the Venice Bienale. A Mise en Abyme as described by the French writer Andre Gide in his study of heraldry . A story within a story. A burlesque of institutional meanings.

Architect Mies Van der Rohe observed that “Wherever technology reaches its real fulfillment, it transcends itself into architecture.. . .” and this coalition of objects set upon glass, images in awkward stacks feels like proud plans for a Utopian city and its state. Plans suggested within the language of museums, comedy and petrified academia. An architectural reduction print made from diaries, school text books and red communist pocket books

I am a filmmaker whose work explores politics as it is played out in the everyday and in the commonplace. Although my work often takes the form of film, my practice encompasses exhibition making, performing gigs and education. My process is highly collaborative, and I often work with the gig as a form, so as to question traditional forms of participation, reception and display.