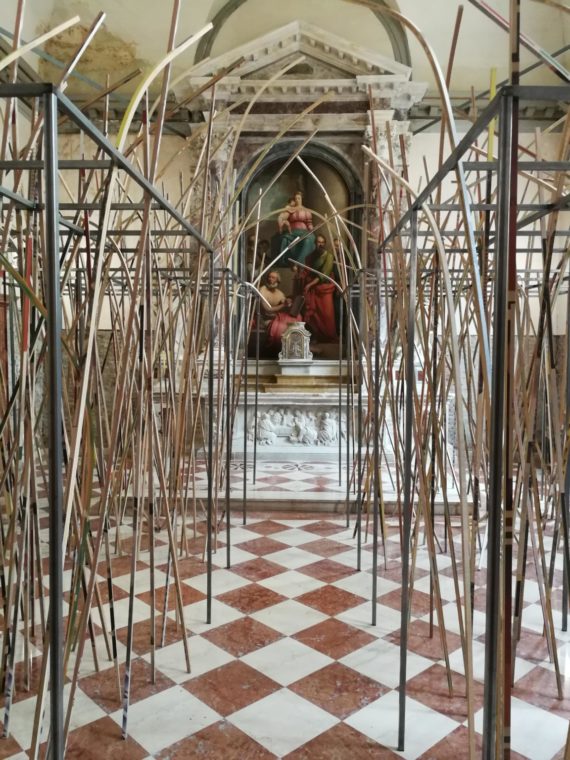 Contemporary artists have always sought to use the most appropriate materials for their concepts. Ever since Marcel Duchamp proposed that a urinal could be a piece of art, not only was the readymade legitimised but he also opened up further conversations relating to the use of materials within art. In fact, whole movements have been centred around the use of particular materials; Arte Povera is a useful example with their emphasis on the use of commonplace materials such as earth, rock, paper, clothes and rope. Authenticity matters when it comes to materials and concepts; striking a balance between the two is perhaps the real challenge of artists.

The selected title for the 58thVenice Biennale exhibition is May You Live in Interesting Times. Such a title evokes a sense of challenge for the selected artists to go beyond simplification in order to represent the complexity of our times. As expected, many artists have chosen to tackle major contemporary concerns; such as, climate change, migration and fake news. Notably, other conversations have fallen off the table, with feminism seemingly taking a back seat this time. This year the artist chosen to represent Wales in Venice was Sean Edwards.

Sean Edwards proposition for Wales in Venice is an autobiographical one and takes as its starting point the artist’s experience of growing up on a council estate in Cardiff in the 1980’s. There is an inherent danger is presenting autobiographical work which can often appear self-indulgent on the part of the artist; this was an accusation levelled at Tracey Emin in the early days. However, what quickly becomes apparent in Edwards’ work is that it opens up wider conversations related to class and social mobility.  In the artists own words he is interested in capturing and translating the notion of growing up ‘not expecting much’.

Edwards takes a number of approaches in translating his experience into language. The font from the masthead of The Sun newspaper can be found in a number of works, including his whole cloth quilts and ‘confessional’ MDF screens. The Sun was banned in his household as a child with the left leaning Daily Mirror being the newspaper of choice. During his studies in London, Edwards bought The Sun as an illicit daily ritual in order to inform his practice. We learn from interviews that Edwards attributes The Sun with having many negative influences on society. 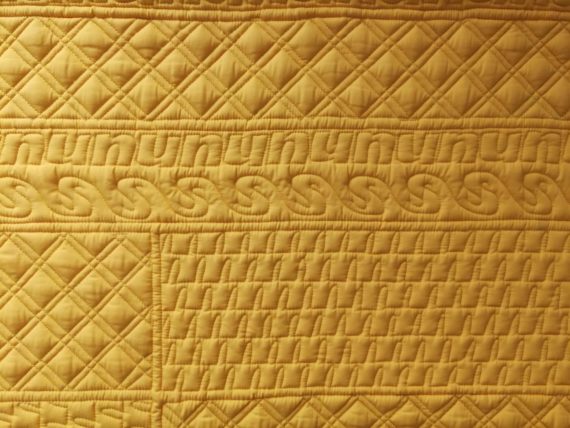 Using the aforementioned font, Edward exhibits a poster that simply says ‘Free School Dinners’; this is a reference to his experience at school where those entitled to free school meals had to endure the social stigma of standing in a different queue from those parents whose parents could afford to pay. 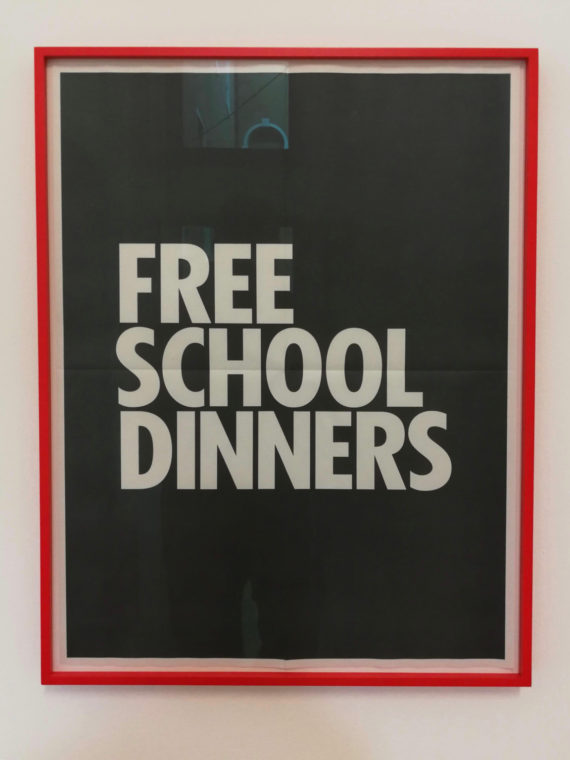 Edwards’ work is situated in a particular time and place and may be more accessible to some audiences then others. However, this sense of distance is diminished in a piece of work called Refrain that Edwards has created in collaboration with National Theatre Wales. At 2pm every day, the exhibition is activated by the voice of Edwards’ mum who reads a live radio play that is directly transmitted from her flat in Cardiff. The radio play was scripted by Edwards and explores notions of place, politics and class through narrations of his mums own experiences of growing up mixed with his own recollections and found text (Duchamp again).

Although not part of the exhibition, Edwards’ social media activity acts as an extension of the dialogue; in one particular instance he re-tweets a post by the charity Arts Emergency ‘For the past forty year with no change, young people from privileged backgrounds have been over 5 times more likely to attend University, and 4 times more likely to make it in the creative industries. 40 YEARS NO CHANGE. Take that in. All the money spent, all the talk. Amazing’.

As a counterpoint to the above, Edwards’ exhibition is staffed by curators and early career artists as part of the Arts Council of Wales Invigilator Plus programme. All of the invigilators have been given accommodation and are paid a living wage allowing the opportunity to be accessible to all, perhaps change is on the horizon after all.

All in all, what Edwards’ manages to achieve is a perfect blend between materials and concept. His work maintains honesty through the authentic and competent use of materials. After all, what can really be more authentic than a mother’s voice? It is through Edwards’ personal histories we are led into a poetic enquiry of place, politics and class. Whereas other artists in the Biennale have tackled concerns at a macro level, Edwards’s work is distinctly rooted. To use Barthe’s term, it is this rootedness that acts as a punctum and has the ability to pierce or cut through.

Among the grandeur of Venice we are reminded that class and social mobility is still an issue; it is a conversation that should never have fallen off the table. While Edwards may have been able to transcend the circumstances relating to his upbringing, we are reminded that there are many more who are not able to do so.

Undo Things Done was curated byMarie-Anne McQuay in conjunction with lead organisation Tŷ Pawb and commissioned by the Arts Council of Wales. The exhibition runs from May 11 until November 24 at Santa Maria Ausiliatrice, Venice. 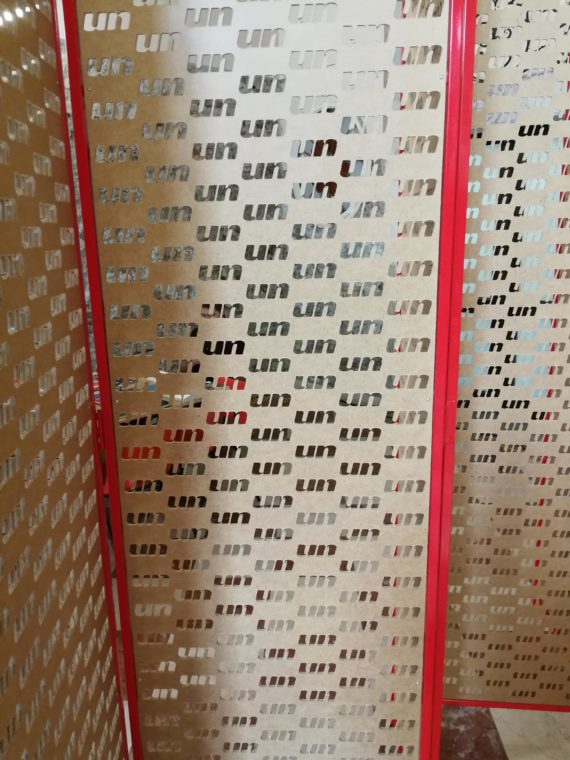