OK, so this is a bit of a last minute offering but I thought I’d throw my pennies worth into the ring. See also a-n’s review of this years Turner Prize. Whilst in London I went to see the curators tour […]

This-That returned to Warwick University on 3rd March after a hiatus of 26 years. The film was made by Jacob Barua and myself in 1989 when we were third year Film and Literature students. It was screened as part of a […] 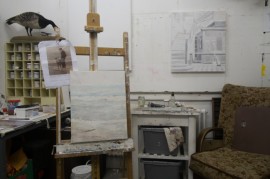 What does 2016 have in store in terms of conferences and events, exhibitions, art fairs and festivals? We take a month-by-month look at what the year has to offer – and we’ll be adding new events for later in the year as they’re confirmed.

I have been thinking about a couple of people recently; one a friend in London, the other more of a friend of a friend here.  Both these creative people have become very successful in realising their ambitions, and while they […]