JUNE 11 Today I’m at the ‘Field of Mars’, another crucial place in the history of St Petersburg. In the heart of the gardens is a large memorial site for those killed in the February Revolution of 1917. Later, the […]

JUNE 10, 2016 Today I continue testing my equipment to try and capture the magic of Gorskii’s late-imperial colouration. I’m standing outside the famous St Petersburg Stock Exchange Building (which, incidentally, is on the back of the 50 ruble note […]

JUNE 9, 2016 Today I continue in search of Gorksii’s St Petersburg. It is also my first day shooting. To test my methods, I set out to The Summer Garden, a place steeped in late-imperial Russian history: it was here, […]

JUNE 8, 2016 Arrived in the Motherland today. My research begins in St Petersburg, where I will be retracing the sites of some of Gorskii’s Petrograd images. To acclimatise, I’ve ordered the classic pelmeni and mors. The magenta drink seemed appropriate.

Research Many of the techniques used by both Maxwell and Gorskii are no longer available to us.  According to the archives at the Library of Congress, Washington D.C (where Gorskii’s work is held), there is no known replica or illustration […]

2015 marks the centennial of a key moment in the life of another giant in the field of Colour Photography: Sergei Mikhailovich Prokudin-Gorskii. In 1909 Gorskii was commissioned by Tsar Nicolas II to document the sprawling Russian Empire, which then […]

James Clerk Maxwell 156 years ago, in 1861, Scottish scientist James Clerk Maxwell presented the world with the first ever colour photograph.  Standing in the slipstream of the Scottish Enlightenment, Maxwell demonstrated the revolutionary theory that the human eye could […] 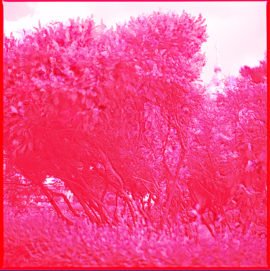 James Clerk Maxwell and Prokudin-Gorskii in the Twenty-First Century