2 – 30 March 2015 Liz West’s new work Subjective Mixtures #1 created in situ for the Bloc Billboard on Jessop Street, Sheffield. West explores drawing as something not confined to two dimensions. During the creation of her work, whether making […] 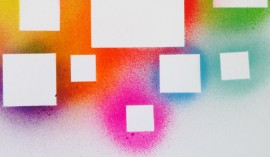