In response to an exercise i decided to look at the works of John Brennan, specifically his untitled piece from 2012. I was drawn to the use of a very minimal pallet and his use of found images taken out […] 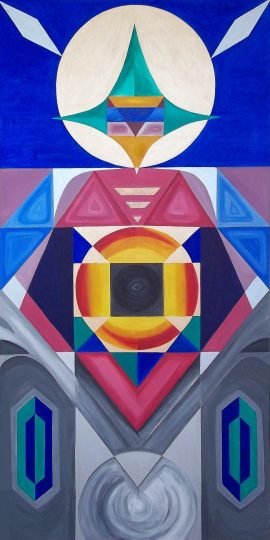 Mixed media (oils and acrylics) with painted sides 152.3 x 75.5 x 3.6cm £1,260 Part of my ‘Future Iconography’ series, this piece is among the largest. This is a painting full of paradoxes. Stark yet vivid, it looks towards the […] 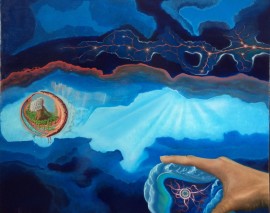 This work was inspired by a vintage child’s dress belonging to my daughter which reminds me of dresses I had when I was a child.I have been working on this piece for quite some time as most of the work […]

I like to record my paintings as they are made.This work is part of a body of work which goes with the other acrylic on canvas I have featured on this blog titled ‘little fat dress’This painting of a dress […]

Ghada Amer(b1963) Ghada Amer was born in Cairo Egypt and moved to France as a child and them went to live and work in the USA. I have looked a lot at Ghada Amer in the past as I can […]

As well as actually sewing I have also been working on a series of paintings with connections and continued narrative around textiles and autobiography .This piece is a large acrylic on canvas quite textured in places, but I also tried […]