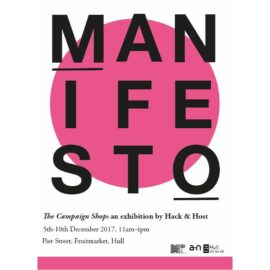 Manifesto is the end product of our a-n funded project exploring artists as political activists.

The exhibition is being supported by Hull City arts and Hull 2017.