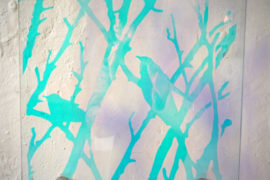 when i bounced around on the first day of the residency talking about me and my work i really didn;t expect to be actually working on realising the re-imagined snee snaw. on the first day i was hyper with nerves and […]

i’m well into the flow of the residency now.  i have several lines of enquiry set up to investigate and several makes waiting to be made. up first was the proof of concept for the maker bar additional interpretation sign. […]

on the bus on the way in to derby yesterday i spotted #motivatedmonday in a tweet.  it lit me up as i was feeling really motivated and full of energy.  i arrived at the mill and immediately set up a […]

end of week 5 and i’m looking forward to the beginning of week 6.  i have one make complete, i’ve mentally and physically recovered and i can see a connection with the second make i’m going to propose to the […]

in the museum is a cabinet with record player and i can;t remember what it’s called !  might it be a radio gram ? i’ve got to place a record on it and play the record !!! this was an […]

as the residency settles into it’s rythym my thinking continues to be a banging buzzing booming confusion.  i just had to write that so i can begin to ease the need to think it. after catching up with grayson perry’s […]

i’ve learnt that sometimes it’s best to leave writing a blog post until a while after the event.  this is such a post.  there is still much information transferring and it’s taking me a while to catch up. lots to […]

in the beginning …. such a biblical proportion of a statement.  the start of the residency does feel of biblical proportions, the ambition of those behind the re-imagining of the derby silk mill museum being bold and looking way into the […] 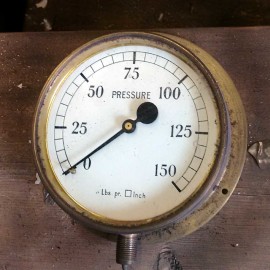 a record of activity and reflection during my steam powered maker residency at the prototyping of the museum of making at derby silk mill.
also my portfolio for the maker certificate run by sonoma state university. this is made possible by maker ed through #makercorps