I guess there was a certain amount of beginner’s luck with my first ever cyanotype made from a quick and rough drawing on acetate last week. The fact that it was raining and there wasn’t much sun was maybe a […]

Staying out of the wind and carrying on with making a set of postcards for the Devonshire Collective postcard show. They are quite graphic, so a bit new for me, but I am beyond worrying about whether my work is […]

Back in the spring of 2015 I had the notion of ‘bathe in ignorance’ on my mind and it was something I had to respond to – I wondered how I might Bathe in my own ignorance? Naturally (for me) […]

Sometimes, (in fact very often), it is not the large and spectacular that grabs my attention but the small and insignificant. I had been suffering from a particularly nasty virus for over 6 weeks and as a consequence there was […] 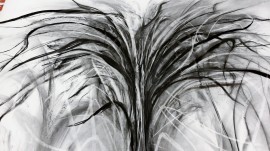 Progress into a hybrid botanical paper jungle at Hull School of Art and Design. 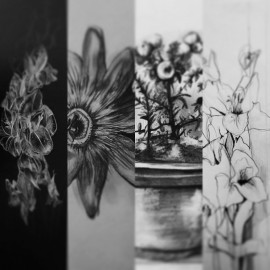 a substance obtained from a plant and used typically in medicinal or cosmetic products.