A journal about the daily practice of drawing.

the film made during the residency trees can hear you is a winner at the beyond the curve international film festival in the best experimental film category.  it’s also received an outstanding achievement award.

it’s come to my attention that in order to hold my nerve and progress i need to alter up some of things i do. hence i’ve decided to end this blog today, to give me the time, space and motivation […]

Where to start? There are some many threads (wisps) blowing around and I find it hard to weave them into any sort of order. Some things though are making themselves clear … and these things are the result of […]

we’ve had another support session today.  i feel giddy after the session, i love the manner in which matt has conducted the session and the resources used within it. –skips off to eat lunch–

feeling calm.  i’m recently out of the planning session for the support phase (phase 2) of the residency. already i feel a benefit – i’ve been able to share and talk about things to do with my practice i’ve not […]

i notice how after spending a couple of hours writing a blog post i am left with a disorientating energy.  in acknowledging it, i am hoping it dissipates and the afternoon continues. i wrote about the residency enabled by eaststreet […]

so here we are at the middle of august and our time in the space coming to an end.  saying goodbye to the space was emotional – i hadn’t realised until it came to an end how much i had […]

so after a couple of weeks i’ve found a flow state.  i feel happy in the space, feel confident about working there and most importantly after making some changes in how i use the space i feel safe.     […]

as i came to compose this post i noticed the title of the previous post, written a month ago.  i skimmed that post to get a feel of where i was and i’m happy to reflect that at the end […]

had a chance to meet with thomas today.  we stood and talked around the residency and where and what we’re up to.  he shared with me how he’s in the throws of preparing for his ma show.  i very much […] 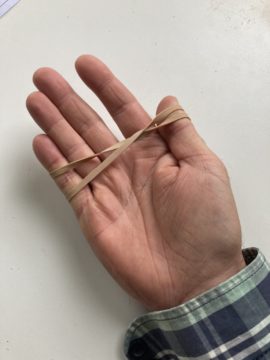 I’ve always been described by my close friends and family as ‘resilient’, but what does this mean? Is there a limit to this resilience?

there are two of us on the meanwhile residency.  our time together is currently taking the form of a conversation based on what we leave in the space as a result of us being there.  today i searched out thomas’ […]

it struck me today how the 4 week duration of the meanwhile space is going to fly by.  there isn’t much room to hang about  – massive pun unintended. fitted in another visit late late last week.  in it i […]

This morning it dawned on me that I might have had the emphasis on the wrong syllable (as my old German teacher used to say). Suppose it is not the listening to the Swedish language on the radio that is […]

hello world.  andrew here from the meanwhile space in derby, a part of the on going work by eaststreet projects in derby. before we get too far into the project a quick mention of how a meanwhile space might become […] 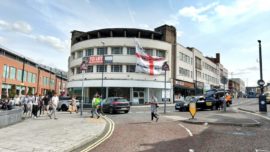 a residency made possible by the work of eaststreet arts in a meanwhile space in derby with a taylored programme of artist support.

There is so much going on! Despite it being July – month when Sweden is on holiday – I seem to be as busy as usual … so it is just as well that I am on holiday from […]

What a difference a week, or two, makes! As if I needed reassurance that I enjoy hands-on doing the four day ’art camp’ (non-residential!) and five days of distributing ’art-bags’ demonstrated to me just how detrimental six months of computer-based […]

there was a period of time with this project where it did feel like it might not ever end.  it is now complete and i’m in a place where i can take a moment to look back over the project […]

yes – i feel lost at the moment. music on and back into the post.   i have to admit that since completing the museum project i’ve been catching up with the whole pandemic effect thing.  i miss contact with […] 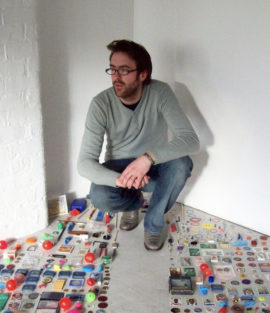 I’ve tried to answer a question I often hear…

it’s a wonderful ting to be able to say those words.  looking out the window now at the blue sky and vibrant leaves of the trees nearby i can finally sit back and relax – the museum of making project […]

Today is Mother’s Day in Sweden. In the week I made a card to send to my mother. Specifically I drew a card for my mother. I cannot remember the last time that I ’simply’ drew what was […]

I remain convinced that I think differently under a white ceiling … or between white walls. No matter, I enjoy the feeling of light and space – no doubt enhanced by the generous distance between the studio window and […]