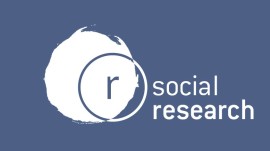 Literature review summary and “thinkpiece” on impact of culture and sports participation on individual quality of life and well-being. Substantial report from the Scottish Research Executive in 2005.