Dr Chila Kumari Singh Burman (born 1957 in Liverpool) was a significant figure in the Black British art movement of the 1980s. Over four decades her work has spanned printmaking, painting, collage, film and photography at the intersection of feminism, race and representation. She continues to make work that focuses on themes of female empowerment, social and political activism, folk traditions and colonial legacies. Burman was one of the first British Asian female artists to have a monograph written about her work: Lynda Nead’s Chila Kumari Burman: Beyond Two Cultures (1995) and in 2018 she received an honorary doctorate from University of the Arts London. In 2020, Burman was selected into the Art Workers Guild as a Brother. In November 2020 she transformed the façade of Tate Britain for its annual Winter Commission, which opened to coincide with Diwali and runs until 31 January 2021.

What did the 1980s mean to you both personally and professionally?
It was very much ‘Sex, drugs and Rock and Roll’. In 1979 I was a student at Leeds Polytechnic, which was a fantastic time to be an artist because it was the punk era, post-hippie and there was a growing interest in performance art and Marxist feminist art. The music was great. I personally played in a women’s punk band called Delta 5.

The 1980s was a great time for me as a first-time student in London, where I was accepted at The Slade. The art world then was also a lot smaller than it is now, with less of an atmosphere of competition. In 1981 I showed at New Contemporaries and the ICA, and in 1982 won the Stowell’s trophy at the Royal Academy.

1981 was quite an important year for me as my then partner was nicked by the police during the riots and thrown in jail for running down a side street. After three weeks I managed to get him out of jail with help from his professors from Leeds, where he was doing his PhD. Overall in the 1980s politics, art and music felt more connected, as with race, class and gender as well. It was a highly experimental, politically charged time. 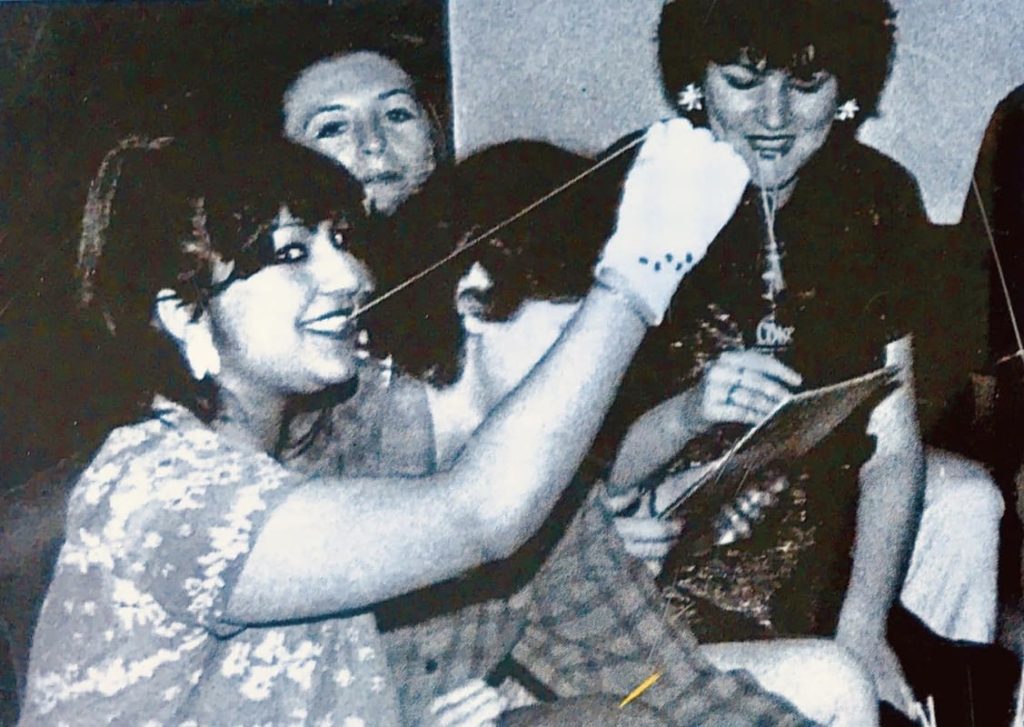 How did your work develop during this time?
I definitely started doing more political work at the Slade doing this time because of the riots in 1981. It was also this time when I came across artists such as Yves Klein, the surrealists, Antoni Tapies and Robert Motherwell, who inspired some of my work. When I left the Slade I got a residency at the Hornsey School of Art, where I could continue making screen prints and etchings. At this time I made quite a popular piece called Convenience Not Love about virginity tests and the pressure of arranged marriages. This was also when I started working with Black feminist politics, when ‘Black’ was used as a political term of resistance that also included South Asian artists.

Were there any key moments or turning points in this period?
After I left the Slade I met a group of feminist South Asian women who set up a project called Mukti magazine which I was involved in. I also got involved with Brixton Art Gallery, curating an exhibition called Artists Against Apartheid, and Curation For Liberation at The Royal Festival Hall with colleagues like Darcus Howe with the Race Today collective, all based in Brixton. I was also invited to paint murals in 1986 at the Roundhouse, but the space was too large so I collaborated with Shanti Panchal, Tam Joseph and Lubaina Himid and this was filmed for The State of the Art on Channel 4. 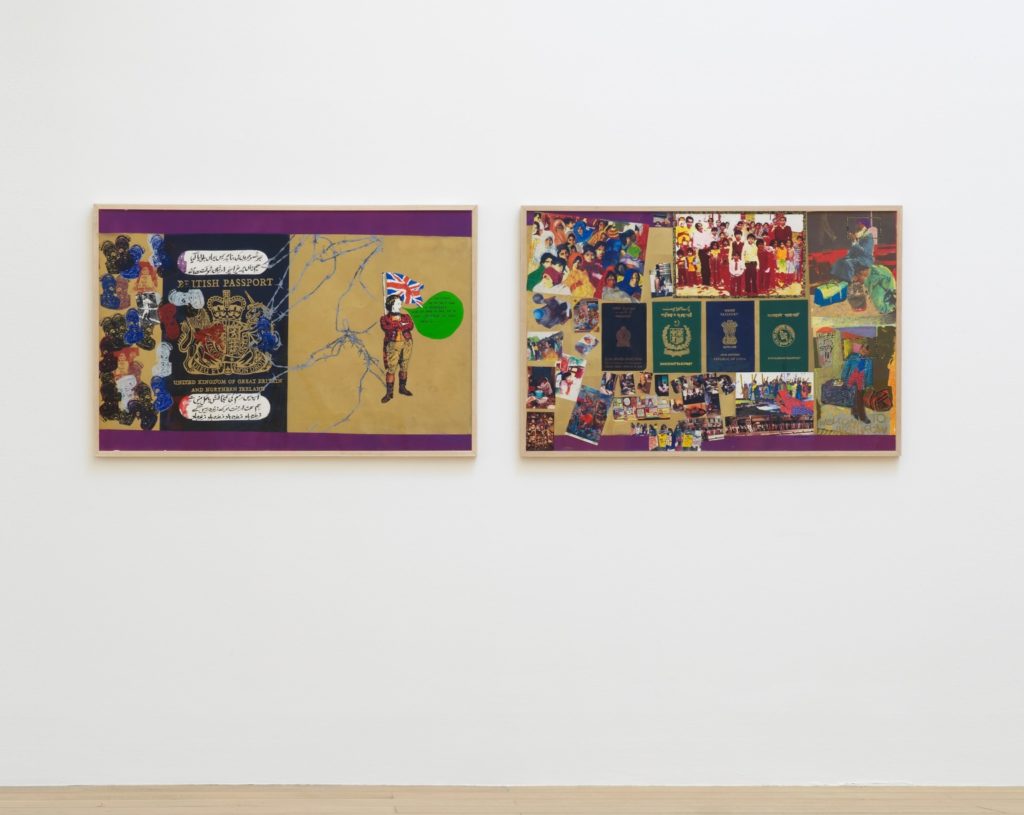 How did you become aware of a-n? Why did you want to get involved?
We all used to subscribe to a-n to look for residencies and exhibitions to get involved in and we needed it as a support network. When you’re just starting out it can be good to have that kind of resource to turn to.

What role did a-n play in your development and career?
I think it opened up some doors for exhibitions and residencies. Having previously featured in a-n it helped me gain a wider audience for my own work too.

How significant was a-n in raising the pressing issues of the time?
It was very aware of race, class and gender and issues of cultural diversity, and was ahead of any other magazine at the time. a-n felt like one of the only magazines we had to guide or support us or advertise our exhibitions. I got the impression that a-n knew what was going on locally and internationally and seemed to have its finger on the pulse when it came to both art and politics.

You featured in a-n in connection with the antiracist mural you made for the GLC – could you talk a little about this?
This came about because I was a GLC artist in residence in Southall with Southall Arts Collective, who worked with Southall Black Sisters. Because of this, I was invited by the Ethnic Minorities Unit of GLC to make an antiracist mural with Keith Piper. This was a mobile wall which was installed at Ealing Town Hall in the late 1980s. Unfortunately when the Tories held a conference in the Town Hall they smashed the mural to bits and destroyed it. 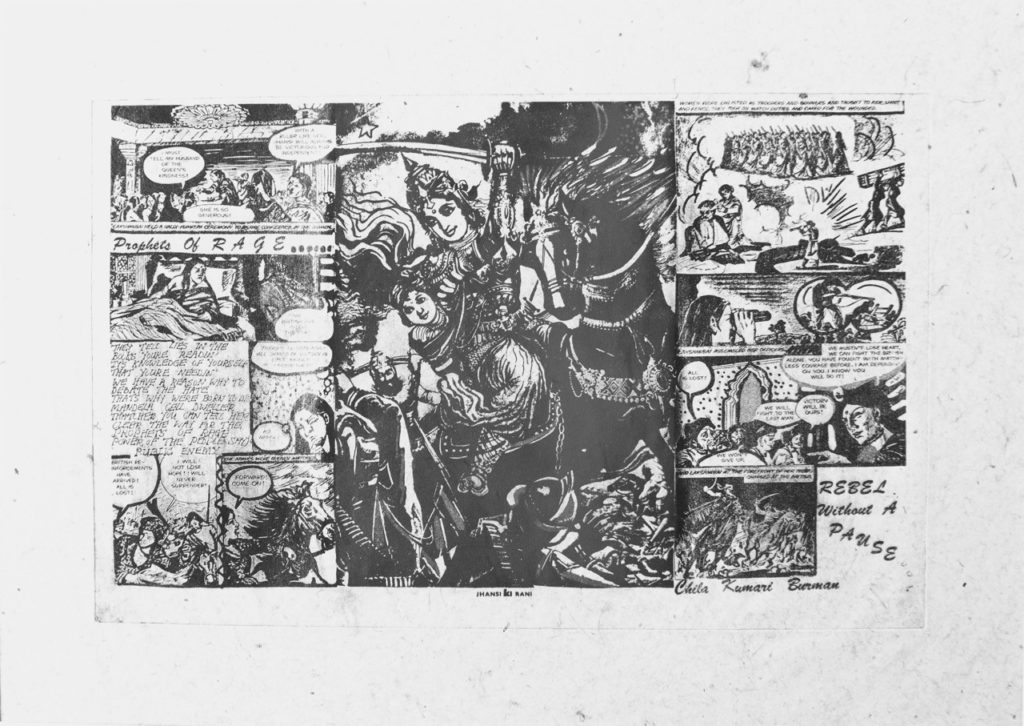 40 years on, what are the key changes for artists starting out now?
I think the atmosphere of the art world has really changed; there are a lot more artists and galleries now, and the feeling of competition has really increased. I think this is because being an artist has this allure of being a really cool profession. From my experience talking to art students and young artists, they are getting less contact with tutors and struggle with a lack of affordable studio spaces. This seems particularly difficult for British working-class artists, especially those of colour, and I think they will have a harder time getting shows in big public institutions.

There needs to be more discussion about who selects artists for publicly funded galleries, and these galleries need to spend more time visiting artists’ studios. Having said all this, it is great to see young curators doing shows on Black and Asian artists and good to see an interest in artists from the 1970s and 1980s. I am also really grateful that my work is now being archived in the Tate and being discussed in a more scholarly fashion.

What advice would you give to your younger self?
You need to stay in power… Never stop being a troublemaker and challenging authority. Treat people how you wish to be treated and be kind to others, and don’t be competitive as this is not an easy world to be a part of. I might also tell her that one of the highlights of my career has been being awarded an honorary doctorate and fellowship by University of the Arts London for my contribution to art, which I think would make my younger self very happy. 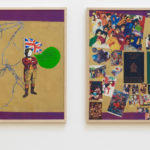