We approach the end of our celebration of a-n’s 40th Anniversary with the final nine interviews in our 40 Years 40 Artists series. In these conversations, conducted by writer Louisa Buck, artists reflect on the main changes they’ve experienced over the last 10 to 20 years and discuss what they see as the role of art and the artist today.

The 2010s were characterised by mass protest enabled by social media: from the global Occupy movement, the Arab Spring in the Middle East, and the emergence of Black Lives Matter, to those in the UK against sweeping government cuts and student tuition fee rises throughout a decade of austerity.

The arts had its own boycotts and petitions, highlighting the trend for unpaid internships replacing paid entry-level jobs, and the toxic philanthropy of arts sponsorship by arms manufacturers, oil companies and opioid producers. National Gallery staff took strike action over plans to privatise jobs, while staff from Dulwich Picture Gallery and Tate protested redundancies. As the #MeToo movement swept the globe through social media, women in the art world highlighted their own experiences of sexual harassment and assault.

Climate change affected many parts of the world with increased extreme weather. The Paris Agreement was signed and Greta Thunberg began a series of school strikes to highlight global warming, followed by children and students around the world. Meanwhile the Extinction Rebellion movement emerged by blocking major roads and bridges in central London to demand urgent government action on the ecological crisis.

A Scottish Independence referendum kept Scotland in the UK, and another on the UK’s membership of the EU began the rocky road to Brexit. The Marriage (Same Sex Couples) Act was passed into law, but the horror of the Grenfell Tower fire and its aftermath made devastatingly clear the ongoing social and economic inequalities in Britain.

The Conservative/Liberal Democrat coalition government formed in 2010, and through the decade funding to Arts Council England and local authorities was cut, putting more pressure on artists’ incomes. Studios and artist-run spaces struggled against rising rents, and crowdfunding became increasingly popular in the arts.

New Contemporaries opened to artists from alternative learning programmes, but the erosion of creative subjects in schools continued. The Turner Prize was hosted outside England for the first time, Lubaina Himid became the first Black woman to win the prize in 2017 and in 2019 the four nominees chose to share the prize. In response to the Covid-19 pandemic, in 2020 it was replaced by 10 artist bursaries.

Instagram launched in 2010 and soon became the platform most used by artists, with Artist Support Pledge providing a new way for artists to sell directly through social media in 2020.

a-n covered all of these events and more, with the final magazine issue of a-n published in June 2012. During the 2010s a-n became the UK’s largest artist membership organisation, supporting members via bursaries, the Writer Development Programme and Clore Visual Arts Fellowships, and providing report and comment via a-n News.

We launched an online calculator for artists’ fees, and our flagship Paying Artists campaign in 2016. We will fully update and refresh our Paying Artists resources and guidance in 2021, and continue to advocate for fair pay and for the value of artists in society. 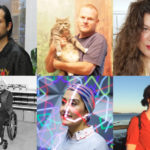 David Shrigley discusses the importance of art for health and wellbeing and how social media is “a forum, like an exhibition or a book.”

Zarah Hussain discusses the impact on her practice of technological change and social media, and reflects on events of 2020.

Tai Shani discusses the need for change around artists' pay and the "ethical gap between artists and institutions."

Ryan Gander considers the changes to the "value system" of the arts over the last two decades.

Prem Sahib outlines the changes he's experienced as an artist over the last decade and the "power of refusal" in the role of art.

George Shaw remembers the excitement and optimism of graduating in the late 1990s and considers "the role of an artist as a truth teller".

Rachel Maclean considers national identity and how "artists can help establish a more critical vantage point on how we read and consume images".

Amy Gear and Daniel Clark, founders of Gaada in Shetland, describe how they are "creating an art world on an island."

Gina Birch reflects on her career, from founding post-punk band The Raincoats to falling “hook, line and sinker for paint”.