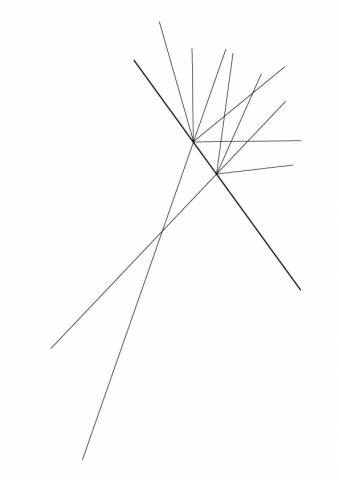 in the mean time:

Open End (open studios at Morning Lane) May 18th-20th, 2007Private View: Friday May 18th, 6 – 9pmOpening Hours Sat-Sun 12 – 6pm In the Summer of 2007, 205a Morning Lane will be demolished to make way for a new City Academy school. The building has been leased by London Borough of Hackney to SPACE for use as artists' studios since 1999.
"Open End" takes this final act in the building's history as the starting point for an Open Studio event with a difference. This time the end of the exhibition will mark the end of each artists working relationship with their studio.
The work exhibited by each artist represents a personal response to this unique situation, and the echo of the different practises and people contained within reverberates throughout the show. Some studios are striped bare, with just the work on display. in some the walls are freshly repainted and reconfigured into the "white cube" exhibiting space familiar to the gallery. In others the walls retain the index of the workspace it once was, pockmarked with swatches of misplaced paint, scuff marks and other detritus.
As always there will be a great mix of differing practises and ideas at play but "Open End" promises to be an exuberant final flowering of creativity from the Morning Lane studios, the public are invited to bear witness to this open closing.
Enquiries:[email protected],org.uk[email protected]

still in recovery, taking off the installation. feeling good and very tired at the same time. it will take a while to fully understand what have i done :)

it is on and running! big shout to rob worley and dan barker of free form, they are my heroes! it looks great, as i hoped, it doesn't look threatening, it looks gentle :) see the pictures… i'll post video either on my web site or on youtube soon…

sleeping in the building was not bad either ;) frixos is looking after everything right now and i'll be back in the building in couple of hours to start preparation for the private view – thank god we set up everything yesterday :)

this is 50% of the original speed of the video material. tonight it slows down to 30%. friday 20%. saturday 10% (this looks very powerful – hope it will have the same effect when is projected). sunday, all eyes close – it is also video, but only 5% frame rate.

all ready to move in and switch projections on :) tonite i'll see the installation completed for the first time! last week, while we were installing projector mounts – we had two projectors on at a time…finally, today is the "all 10 projectors" projection before the private view tomorrow. i hope it will be beautiful :) and i hope no one will complain, so the installation will see the end as i originally planned.

i'll also film every evening – documetation…
had a walk through the building to check all the doors, wrote up a notice to th neighbours to inform them about the installation. i have to stay in the building for the duration of the installation… safety and security measures… 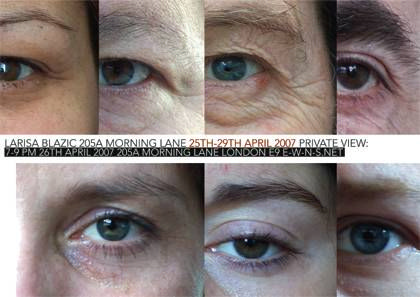