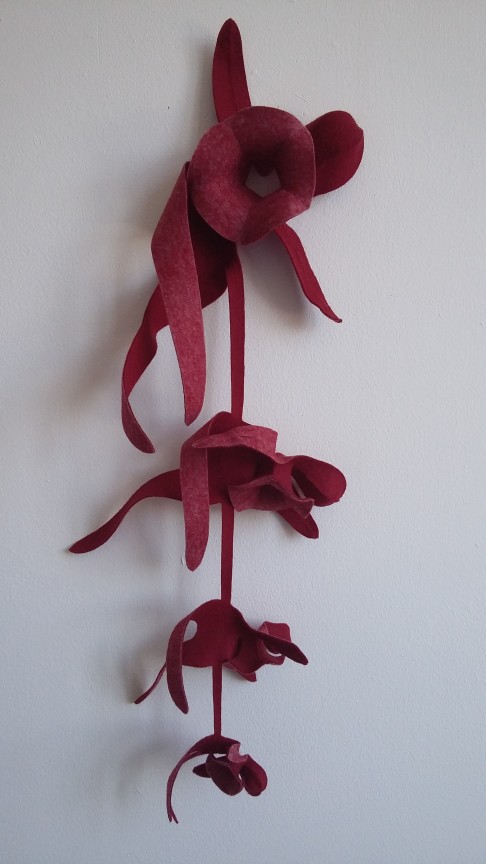 I have just re-red three early Margaret Atwood novels, triggered by a chance discovery in a charity shop of a green spine Virago Lady Oracle.  They fit my theme of transforming/multiple women.  In this novel Joan/Lady Orace/Louise K Delacourt was a fat adolescent – invisible. In adulthood she creates, under different identities – formulaic historical romances and acclaimed enigmatic poetry. She struggles to conceal her multiplicity and creativity from her absurdly rigid husband and fakes her own death – reborn as yet another, severed self.  In the ending of Louise Delacourt’s final romantic novel it is the anti-heroine (the already wife/sexually used and rapacious) whose subjectivity is central – she recognises that Rochester is Bluebeard. The trope of romantic fiction demands that she is killed off to make way for redeeming virgin but at least she recognises what is happening.  Jane Eyre will never seem the same again.

In The Edible Woman – Marion is trapped in a society which offers only unfulfilling roles.  There is a lovely scene early in the book when she slips down into the gap between side of the bed and the wall, wriggling down into the slut’s wool under the bed, hidden from the people around her.  The joy of being hidden!  After Marion gets engaged her body makes the protest her conscious mind cannot.  Gradually she finds that she can’t eat certain foods – and as the prohibitions proliferate she is threatened with starvation. Eventually she makes a great female cake doll, an effigy of herself, and serves it up to her stuffy fiancé.  He gets the message.  She eats the woman cake.  Interesting that the middle section – where she is engaged and slowly starving – is written in the third person.  The beginning and end are written in the first person – Marion as her own subject.

In Surfacing – the unnamed heroine returns to the wilderness home of her childhood after her recluse father is reported missing.  She brings trails of city civilization and a cultural femininity she doesn’t fit into – these are embodied in her current boyfriend and another couple.  The man denigrates and sexualises, the woman’s soul is trapped in her compact mirror (Atwood’s metaphor). Her boyfriend is less compromised, he is hulking and hairy, a man of silence and big hands (reliable but not sensitive) that rip holes in the ceramic pots he creates.  Useless vessels, ugly objects – cultural artefact severed from use and survival. It has that recurrent theme in Atwood – the girl brought up outside of society and bullied by her female peers. (Cat’s Eye territory).  Knowing how to survive in a practical sense but unable to play to win the game of femininity.

As in The Edible Woman there is a separation between mind and body and a dramatic re-connecting ritual.  “She” is numb, an unreliable narrator, head severed from body (images of amputation abound) who can’t come to terms with a traumatic past. After an encounter with the body of her drowned father and she becomes hyperaware of the old gods of the place.  She sleeps with Joe and believes she is pregnant.  She withdraws, hides (hiding again) in the woods where the others leave her.  Her parental boon is the knowledge of how to survive there. There is an instinctive sense of what is permitted – tools and cultivated foods are rejected. She defaces books, shreds clothes and sleeps in a fragile burrow.  She is abject, naked, unhoused but reborn.  As in The Edible Woman this is ritual, a temporary state before she returns to a compromise with society.

This relates back to the Joan Barfoot novel but much more extreme – the heroine of Surfacing rejects any sort of making (except for a most rudimentary shelter).  Her isolation is a portal not a way of life – she re-surfaces, transformed.

There is much about the conflict between being an artist and being a woman in all these books.  I have started reading about fairy tale motifs in Atwood.  Bluebeard abounds (Fitcher’s Bird, Robber Bridegroom) – and images of amputation (Maiden without Hands).

For years one of my sets of recurring word beads has been from Kate Chopin’s The Awakening – “the light which showing the way forbade it”.  The idea of simultaneously perceiving a truth and rejecting it resonates.  Think of Freud’s hysterical women – converting forbidden desires into bodily symptoms.  I am reminded of another timely charity shop find – Carol Gilligan’s The Birth of Pleasure “about” language and spontaneity; mapping the way that adolescent girls often lose authenticity as a speaking subject.  Gilligan’s idea of a barrier coming down and severing language from an inner knowledge about how one feels and what one sees seems to fit with the character’s experiences I have been reading in  Atwood – her girls are baffled and bullied in adolescence.  Their authentic self is out of kilter with constructed femininity, the secret the other girls share.

Gilligan refers to Antonio Damasio’s book The Feeling of What Happens and the potential for conflict between core self (awareness of changing emotional responses) and autobiographical self (a more rigid story about who we are). Atwood’s heroines are in flux, able to be multiple, in contrast to their male partners who are inflexible self narratives. It is interesting that in Lady Oracle and The Edible Woman both heroines have fleeting affairs with effeminate unreliable men which allow them to shed the dull husks of partners who drain and prohibit their core selves.

Relating this to the visual arts I think of Ana Mendieta’s women concealed in nature or revealed in absence.  Or – those strange photographs of Francesca Woodman.  Self portraits of partial presence. 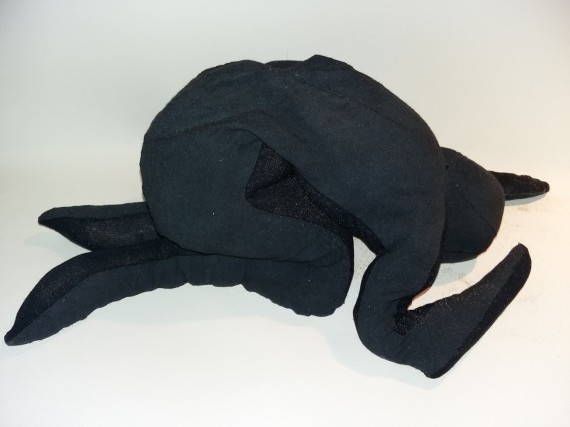