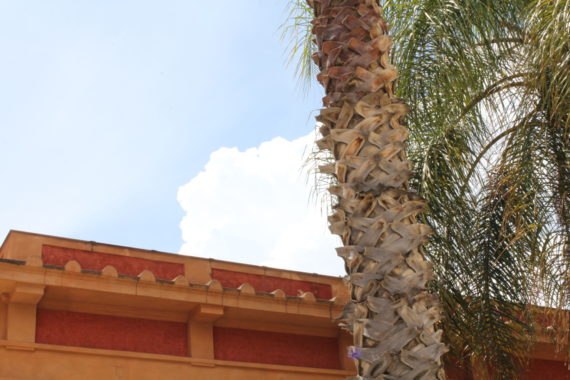 I was interested to hear how the artists I spoke to conceptualise a context for their practice, how they locate it. i.e. as ‘art’, in terms of the galleries or locations they show in or potential audiences.

Emma Smith is interesting because she works with collaborators outside the field of art who may have their own (e.g. academic) interest in working with her. She suggested that she is not really bothered how others conceptualise it (as art or not). But it is important to her, and the core is about tacit knowledge. This is something that can be researched in art, it seems the most apt language mechanism for it. She thinks that in art you can ask things that you can’t in other disciplines. You can also translate and show what you are doing without having to make it fully articulate. I guess this latter point is in contrast to an academic who might write a paper as the outcome of a project and it needs to have clarity in verbal language.

Emma has worked at ‘art’ venues including Zabludowicz Collection, The Showroom, Tate Modern, Wysing Arts Centre, she is currently a resident on the ACME Fire Station scheme. So she is definitely positioned in an ‘art’ context but she is not commercially represented. She said there are some object outcomes to her work which are more easily commercially viable but this is not because she is interested in selling. Rather she is interested in distribution and how things shared. She would like her work to be broadly used and distributed. She expressed that she did not have a sense of ambition in the form of careerism but that she wants to “do it for my whole life.” This is what is most important to her, to be able to continue researching and making what she is interested in.

With Erica, I was very aware that she has an active online profile via social media and blogs. This was one reason I wanted to talk to her. These formats are conceptually relevant to her work but also serve an important role in building profile, audiences and relationships. She expressed it as a way of “always keeping in touch.” When I asked her about the relationship of her work online to exhibiting in gallery spaces, she thought that both have the same/overlapping audience and that showing in a gallery is a ‘crystallisation of moments.’ She considers her blog to be part of her work too.

Erica expressed similar feelings to Emma in relation to the idea of ‘success.’ Being an artist/making work is something that she wants to be able to continue through her life, but on her own terms. She said that the dynamic of London is that someone you’ve been down the pub with might become really successful. She didn’t understand this success when she was younger and how this dynamic can lead to a feeling of competition or keeping opportunities close to your chest (not mentioning residences/opportunities to other artists). For her sharing is important, for example she mentioned being involved in a crit group at Banner Repeater. It sounds like an attempt to create an environment that is supportive, recognising what others have done but acting with humbleness and without superiority.

Both artists who I spoke to have experience of making projects/artworks that are site or context responsive. We talked about how there can be a frustration with the process of applying for things. With open call opportunities, conceiving of project before getting paid is demanding and, as Emma put it, the “idea that you can make site specific work before knowing the site is crap.”

Methods for dealing with this are various:

It’s reassuring to know that Erica – who has undertaken tons of residencies and really interesting projects – hasn’t always been successful via open calls. One of her strategies is to write a project proposal for something she wants to do but that could have a ‘fit’ with various locations. For example her project ‘Woman, Nature, Alone’ was realised during a residency at Connecticut’s I-Park but could have happened in many possible locations. She spoke about the value of residencies in helping her to refine and work out projects but also their value for generating new relationships and ideas.

Curator Elaine Speight also suggested thinking about ‘types’ of locations rather than particular places. Or I could be more proactive about specific places/contexts I would like to make work and then initiate this myself, approaching the site and applying for funding.

This is a way that Emma Smith has worked, developing ongoing collaborative relationships, for example with academics for her project ‘Change in Energy=Work’, and writing project bids in collaboration with a particular organization/ for a particular site. She suggested when working with a partner where they are putting in some funding and then you are also going for other funding sources, one possibility is to negotiate a fee for your time to be paid whilst you are developing the bid. But the partner then only pays the fee if the bid is successful. i.e. they are match funding for a successful outcome so not bearing so much risk.

I think all artists must have the experience of putting in applications for tons of stuff and a few of them being accepted. Hopefully the success rate goes up as you progress (I think I’ve got a bit better at tailoring applications and pitching for things I am genuinely interested in). But for any chance of a sustainable career as an artist this needs to go alongside initiating and creating your own opportunities and relationships with people.