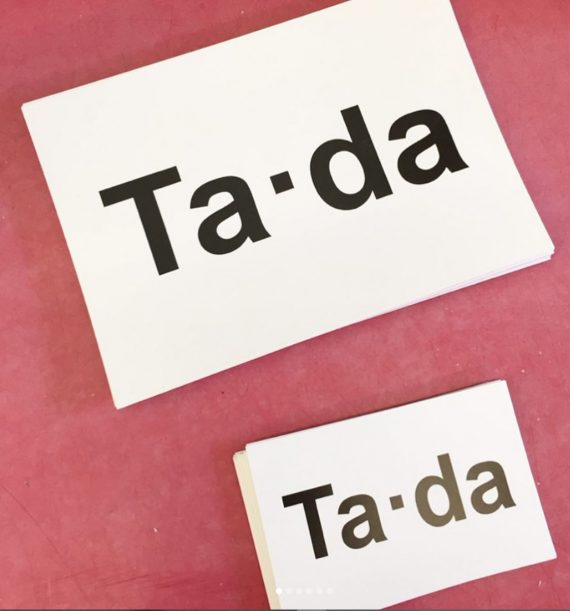 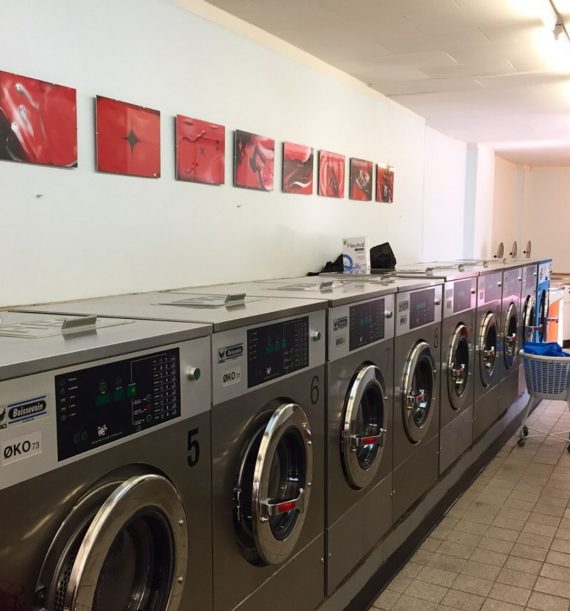 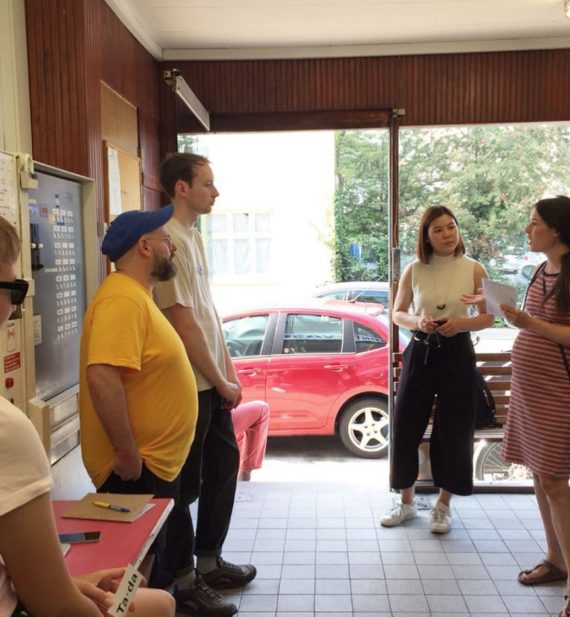 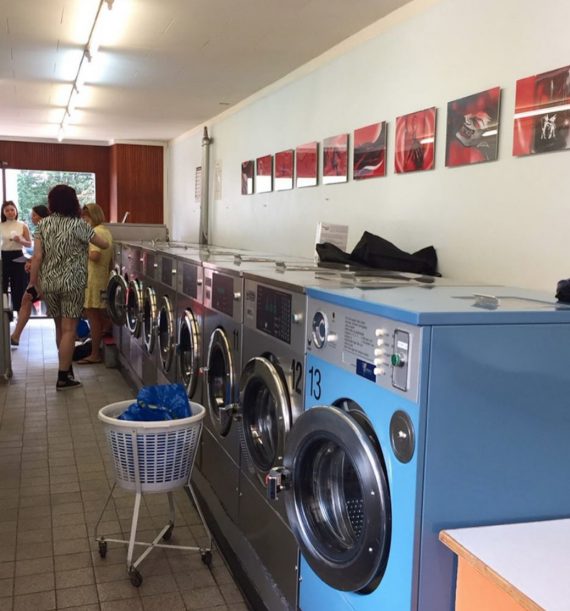 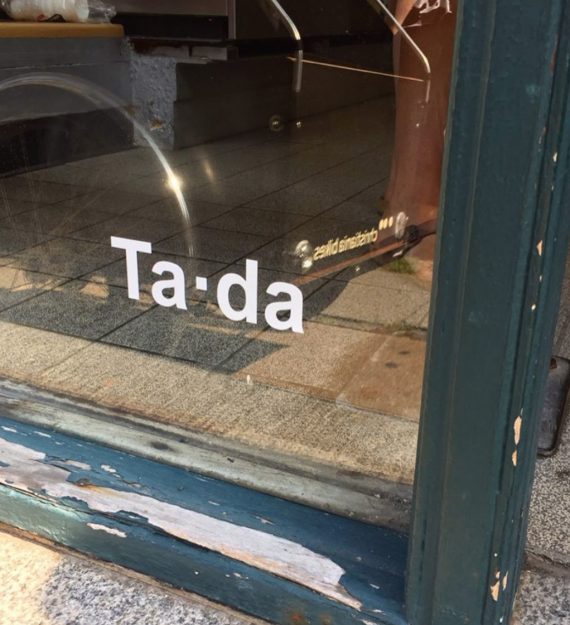 A bit about Ta·da art space (from their website)
Ta·da is an artist-run space situated in a laundromat in Copenhagen, Denmark. The exhibitions mainly consist of 9 x A3 frames/formats placed above the washing machines. At times, different ways of interacting with the space will occur.

A bit about Ta·da art space (from my notes)
Anne-Louise who introduced us to the space was born in Denmark and later went to Central Saint Martins to study Graphic and illustration. In Denmark it turns out it is not an advantage to study abroad, you can only really get into the arts scene if you have studied at at least 1 of the 3 universities there. So, Anna-Louise found others who had also studied abroad to join and something together in the areas that they live in. The gallery space was supposed to be a trial for 6 months but has carried on to this day. It is a simple concept of 10 x A3 frames as they wanted something to go well with the space. This is the minimum requirement for an exhibition but if you want you can add more, again if it is in keeping with the space. For instance, one exhibit involved a karaoke evening in the laundromat with 3D objects exhibited on the open evening.

Sometimes it can be confusing for those using the washing machines there. One lady thought an artwork that was in English was instructions and panicked that she couldn’t read them. The owner doesn’t like disturbing the business but over time, the artists / curators have learnt what works well and what doesn’t.

When they first opened, they had a new exhibit every month. Communication with participants makes up a lot of the work. Openings would be on Friday nights. Artist run spaces are hardly ever open as you need someone there to invigilate. By having it in a laundromat, it helps to have the exhibition on show when it is open.