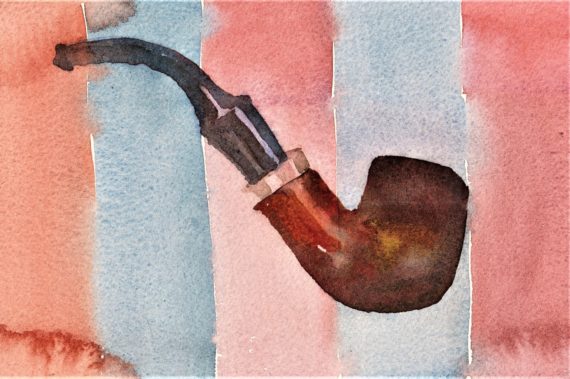 carry to have or bear especially as a mark, attribute, or property carry a scar

My work with old bags, undertaken for The Museum of Object Research, is in it’s final stages and will culminate in a group exhibition entitled Neither Use Nor Ornament, #NUNOproject, to be held at the Ovada gallery in Oxford, opening on March 30th 2019. I have been busy rounding up and reflecting on the process. So in case you havent read Open Carry part 1, to recap, I used the verb To carry, as a focus and to corall some of my more wild ideas. Initially charmed with the physical wear and tear on the bags, that told of their history, I embarked on a series of bag portraits, painted live, while talking to the bag’s owner.

I learned so much about bag behaviour during this phase and how this often reflects the value of the bag to it’s owner. Amy, for example wasnt over happy with leaving her bag with me so that I could finish the picture, until I gave her one of mine. Her deep attachment to her owl bag is clearly evident in her text. There were similarities of theme throughout, death came up quite a bit, specifically, the difficulty of disposing of a bag in terminal decline and whether or not it goes to “bag heaven.” I am perhaps the worst offender, as my bags go through many stages of use and are frequently brought back from the brink and reprieved, before being made into an art work.

– After 115 sittings for a portrait of Ambroise Vollard…
I am not altogether displeased with the shirt-front. Paul Cezanne

Making portraits in this way was not without problems, having to turn away from the subject (bag) to face and talk to the owner was often distracting and I began to keep the bags back to continue working on them when the owners had left. The choosing of medium seemed important, a different one best suited for each bag. I began to work longer and longer hours and the work got tighter and tighter untill to borrow from Marie Kondo, it no longer “sparked joy.” Fortunately, my eldest daughter Rebecca, all round excellent person and professional art critic came to visit. She listened to me, looked dispassionately at the work. and said,

“Mum, you sound like a social scientist, that’s not your job – just get back to enjoying the materials.”

I knew what she meant and she was absolutely right. I had got too involved, too invested in the result and having completed nine bags and made copious notes, decided to move the project on.

When you slow down enough to sculpt, you discover all kinds of things you never noticed before. Karen Jobe

Now I can see that this work was information gathering, a chance to quiz my friends for anecdotes. At about this time I had begun learning how to carve in stone at a nearby workshop and decided to use this fresh, untried medium, to work away from the model and see where it led. The first, and if I’m honest, most frustrating thing about stonecarving in the beginning, is the speed, or the complete lack of it. I set too with a heavy chisel and rather too much enthusisam and ended up making little difference to the inert lump in front of me, even though I was utterly spent. The stone had taught me it’s first lesson, you can only get somehere on its terms.

Carving is easy, you just go down to the skin and stop. Michael Angelo

At this point I began to work with a new verb, To keep, as I had begun to realise that most of the bag behaviour was simply referencing, pointing to a much deeper phsychic connection. I decided to literally, go deeper. Donna, the incredible workshop tutor, taught me to coax rather than try to dominate the stone and leave behind all my overwrought theories. Instead I began to trust the stone, let it lead me, so that it felt as if I were mining for something already there.

Abstraction demands more from me than realism. Instead of reproducing something outside of me, now I go inward and use everything I’ve learned thus far in my life. Susan Avishai

The idea of a handbag as a cypher that represents a kind of psychic carry all, took hold and became evident in the work. Stitches grew out of nowhere and then a disembodied buckle. Donna, is a hard taskmaster, but she can always see further. Although the work was slow physically taxing, I kept going and the resulting four pieces; To Keep, I to IV, have I believe, evolved from me having immmersed myself in the study of bag behaviour and in the discipline of acurate representation. The later freedom of abstraction allowed a distillation of the work which in the end encouraged me to go further, deeper.

On the last day, I brought home my dusty tools and setting them down realised that the bag they had been carried in was the original bag, that appears in the charcoal drawing in part 1, at the very beginning of the project, complete with it’s R.I.P. boast, but here it was still in use! I had a sudden flash of intuition and right there, sat down and painstakingly unpicked the entire bag. I flattened it and put it in a frame with a suitable verb, To Skin. It seems as if some bags really are for life. 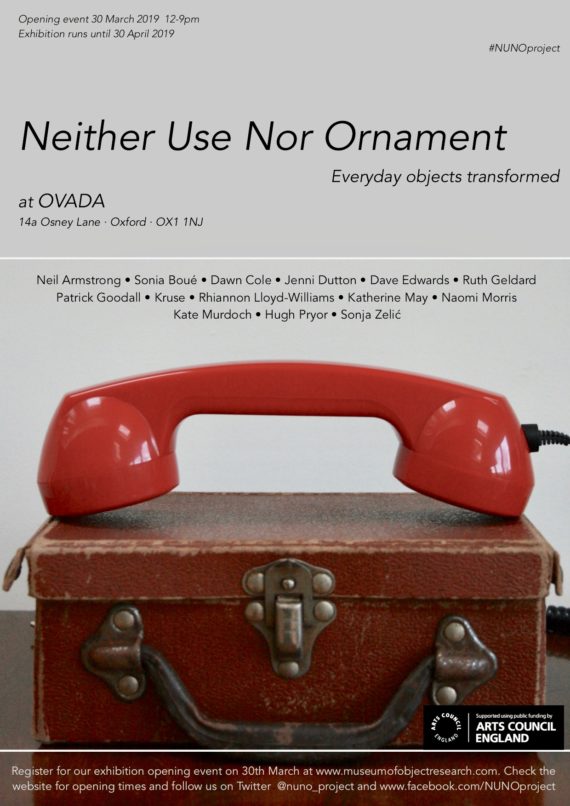