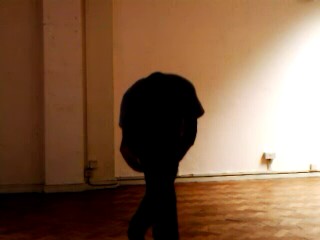 I’ve been on hiatus for 3 and a half months. It wasn’t intentional. I guess it just came naturally. The coming down from my last performance in January was much harder than I could have ever imagined…Suddenly I was seeing possibilities to make work appear and the thought of a smooth ride in planning, making, delivering became too overwhelming. So I shut it down. I kept postponing the inevitable reflection process – I’ll start next week, I keep saying to myself. Then the week after. Then the week after next. And the next one…And the list goes on and on!
I thought I needed some rest – actually I did!

I thought I needed to clear the air – my flat was in total chaotic state at that time – as everything was on stand by while working on the piece.

As we reached February fully I thought I could take it easy – I rediscovered that I had other interests (let’s call them priorities even).

So, would it really matter, by the time we’ve come to May, whether I gave the piece the post-show review it deserved…And I need (ed)?

Would that make any difference?To whom? And how?

It certainly does – I “painfully” have learnt a few days ago!!?? Having decided to apply for ArtsAdmin’s bursary award, it felt obvious quite quickly that I would pick up where I left it with my January piece if I was getting selected.

Obvious?…Maybe in my memories of 3 months of hard work, battling pressure, going back and forth with any choreographic decisions made. Memories of numerous material left unexplored. Sensorial memories. Visual ones too.

Obvious…Indeed in my head but not on paper.

When it was time to formulate ideas, to recall what I’ve learnt from making the piece, what I’ve taken from its outcome, from the tremendous audience reaction the so-not-enthusiastic response from the critics, I got royally stuck. In other words, I failed to do my homework!

Realistically, it is more of a case of having underestimated the importance of the reflection process as part of making work, and therefore a case of having dismissed the benefits I get from it.

Like all old-fashioned stories with a moralistic end, there’s a good side to this one: making my way laboriously through the questions about my practice and the work I’ve made recently made me realize that my practice doesn’t need much developping as such. It needs to be nurtured though and taken care of.

My practice is – naturally? – shifting towards an unknown direction, as I’m growing older both in physical and artistic age. In that sense the piece was as much a repostioning exercise of my interests and likes within my work as a leap to a new approach to performance and dance (or the moving physicality shall I say).

Was the hiatus necessary? Yes…No. But unless I had accepted the fact the reflection process was being skipped consciously, it was inevitable.

Now it’s a question of reconnecting with the recent past without obssessing over a need to make it up for the lost time in between. Maybe putting that application in would have done the trick….?

Failing to do it already did!

A quick note on tonight’s experience as I’m craving for some food!!! Went to see Spaced 2014, Theatre Delicatessen’s latest extravaganza or the volume 3 of their soon-to-be (in)famous Theatre Souk event. “See” is the wrong word as it’s as much a physical and sensorial experience as it is a visual one. It is theatre. Immersive theatre even with a subtle private club feel for the hip-arty crowd attached to it. In that sense, it is an unexpectedly cool place to hang out with your mates while watching the entertainment intensifying itself before deciding to join in. But most of all, it’s a market! And like any markets, you go onto a hunt for the best bargain. Except that in the case of Spaced, the bargain happens at the door. I paid £10 to get in with a choice of more than 10 companies to watch. At the end of each performance I had to give a “donation” and that’s when the market spirit came into play. Most “donations” were suggested – £1 to £2 minimum – but I had the freedom to negotiate. based on how I experienced it, how I liked it it was my freedom to decide whether I could give the minimum or go higher. It’s an interesting concept which goes way beyond the primary idea of value and money as a way of recognition of the art work; it plays with the conventions of spectatorship and the relations between the audience and the theatre maker. It also changes the game of power as the one who holds the cards is not necessarily the seller.

Funny enough, I don’t think it was the main aim of the night. Maybe because it was the last night, the emphasis was more on entertainment and the general feel-good atmosphere. Maybe the general theme directed the ambiance of the night – Love (and relationships) seemed to be the main interest as was intimacy. Maybe the companies were more interested in the experience itself, of creating theatre in a tiny box in the middle of a bigger space than experimenting with its concept. maybe the audience didn’t feel tonight like playing the game or maybe they were just too kind to use their powers as “roughless” buyers.

Personally, I enjoyed it. Immensely even. It was as if I was taken into another world. Abruptly but also gently. All of a sudden I found myself being in several shoes. I was an audience member, a loveless patient, a robotic actor, a cynical ex, a sadistic director, an observer all at once. And sometimes one after the other. It felt strange. It felt surreal. It felt therapeutic. It felt quietly exciting.

Creatively, I don’t know what I got from it…Yet. But was it really the point? I didn’t come specifically to be inspired, to find answers, opportunities or potential collaborations. I was there for the experience, to support the people I (have) work(ed) with, those who gave me support in showing my work and sometimes it’s all there needs to be. After all, I had a great night – being touched, entertained, surprised and charmed. Sometimes that’s all you need to make your Saturday truly special…!