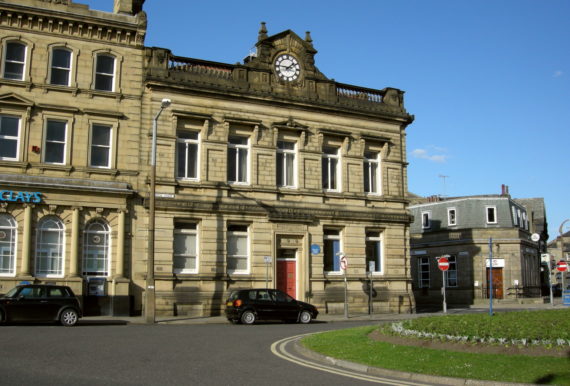 Well, it’s all over. I have a sense of anti-climax and feel quite flat after a really hectic week of making and building, meeting and greeting. Despite the very positive response from visitors and participants to the finished work I can’t help but feel too much has gone unexplored and unanswered. Could I have been more ambitious for myself in terms of how I responded to the whole experience? What were the organisers, or public expecting? What was I expecting? I’m coming away with a mixed sense of completion, resolution and failure and wonder how I could have managed those expectations better.

The writing of this very short blog has been instructive too. It’s also been an experience which demands a faster, more spontaneous approach to what I’m used to and has certainly helped take me out of my comfort zone, which has to be a good thing for the future.

Overall Brighouse strikes me as a place with an uncertain history – being so close to much larger towns like Halifax and Huddersfield and standing at such an important crossing place over the River Calder has clearly had a huge impact on its development. It has many grand buildings and structures crying out to be celebrated yet the place seems divided from itself in many ways – busy roads intersect here, the omnipresent hum of traffic in a confined centre disconnecting local people from parks, libraries and other civic amenities as well as aggressively corroding evidence of past civic, more communal dreams.

All I can be certain of is that I was the first Artist in Residence, Brighouse Arts Festival, October 2016.

In my first few days I’ve quickly become absorbed in the making process out of a desire to create an impression on this grand historic space, perhaps to the detriment of exploration and information gathering. My usual approach of slowly layering materials and surfaces to build up a patina of meaning has to be abandoned in favour of a much faster system of tearing and pasting. Many of the ideas/approaches I was previously considering will also have to be shelved if a resolution is to be achieved by the end of the week. Early starts and late nights in the space are slowly yielding results, but I’m unsure whether I may have I trapped myself in a pattern which will provide results but not neccessarily creative solutions.

Notions of localism, civic pride, my own ambiguous relationship with the area and sense of outsider status are reflected in the Town’s self-confident, masculine Victorian buildings which often now lie derelict or are turned to more modest, less high-minded uses. I can see already that much of the unpacking of this experience will occur later in my studio.

With mixed feelings of nervousness and nostalgia I shall shortly be returning to work in my home county of Yorkshire. Blog entries will follow my arrival in Brighouse later this week.

I create sculptures and installations which explore a world of earthbound yet engaging fantasy. Through labour-intensive methods of making and crafting the re-invention or un-making of these objects is a vital part of my practice. See www.chrisjacksonartist.co.uk