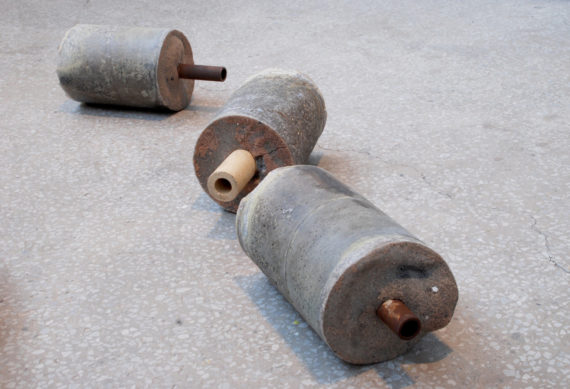 The first few sessions at Scartworks I happened to be working on a commission for Hilary Jack. I delighted to be able to work on this…

The first stage of investment casting is making the two-part silicone mould of each object.

We began by determining the sections/lay up… this involved studying and marking up the object with the seam line that was in sympathy with the object – the idea being that you are making a join that is a seamless as possible – making less work later on when tidying up the wax copy. 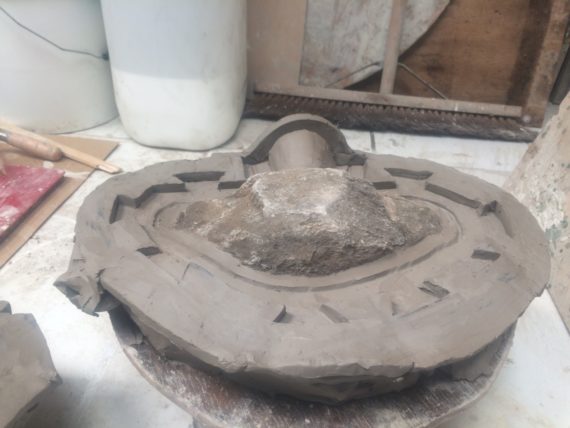 I then carefully built up a smooth bed of the clay to the seam line, creating a channel for the silicone to flow into (and be contained) and ‘keys’ (where the silicone mould would fit into the mother mould), and one half of the neck or channel to the mould where we would pour in the wax. 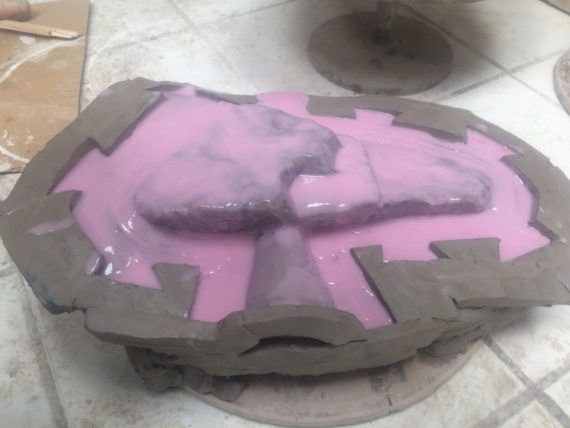 Before the pouring first layer of silicone, we brushed a few layers of release agent onto the object so that they would come apart… again a little easier. Once the first layer of silicone had dried, we mixed up another batch with the added thixotropic, this changes the consistency and slows down the flow of the silicone so that we would build up coverage and strength on the more vulnerable sections of the mould, corners and edges. We also added some registration keys to the top of the mould. 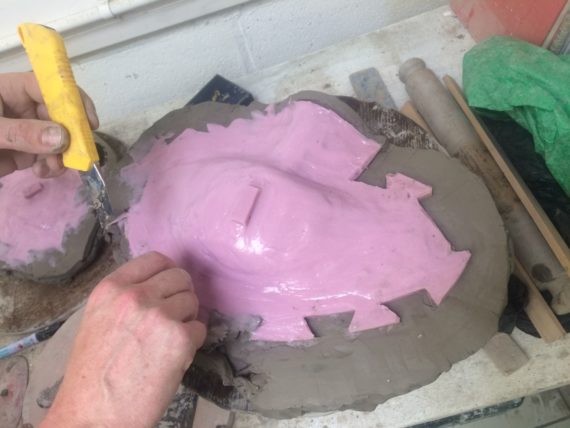 I then removed the area of clay that created a channel around the object, tidying up the edges of the silicone and around the keys. We then made the one half of the mother mould which provides structure and support for the silicone. We went through two different methods, using plaster and fibreglass.

We then were ready to begin the process all again for the second half. Once both side of the moulds were made the fibreglass moulds were secured by drilling holes and fastening with wing nuts, the plaster mould with strong rubber bands ready for making the plaster & wax copies….