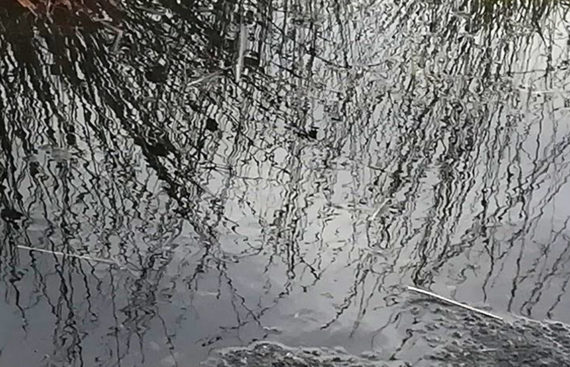 The more I visit this place, the more I realise I need to try and identify the many layers of sound, subtly framing my view and immersing me.

I set myself the task of visiting weekly to look and record changes in the landscape but had not fully appreciated that looking included listening.

On still days the water is a mirror to the whole sky, the occasional pond skater or line of bubbles breaks the surface.

On the waters edge the flying insects have appeared, gathering and whipping in and out of the heather and grass. Large bees fly low and the occasional butterfly moves around the edges of the moss.

April was quite dry and on occasion still very cold by night.

Water levels seem to be dropping.

There have been some spectacular clouds over the moss this past month, heavy clouds sit quietly allowing shafts of light to break through and highlight parts of the moss.

The visiting lapwings dance and sing.

On cloudy days the hum of the motorway is dulled allowing the birdsong to fully surround the moss.

Cotton grass flowers ripple and bob with the rhythm of the wind.

Everything feels soft at the moment.

I have been spending some visits just listening below the bog, using my hydrophones I have been trying to capture signs of life within the moss.

As the days get longer and the temperatures increase so the rhythms below the waterline has begun to reveal itself. A real sense of the space which sits between worlds.

Tadpoles emerge from their eggs, munching hungrily, water boatmen sing, and rain drums on the bull rushes. It is easy to get lost in the clicks and pops of the below water sounds, I am still to identify many of the sounds captured and may be this is ok.   Invisible worlds, present all around us – we are part of a wider world but have maybe lost the connection. 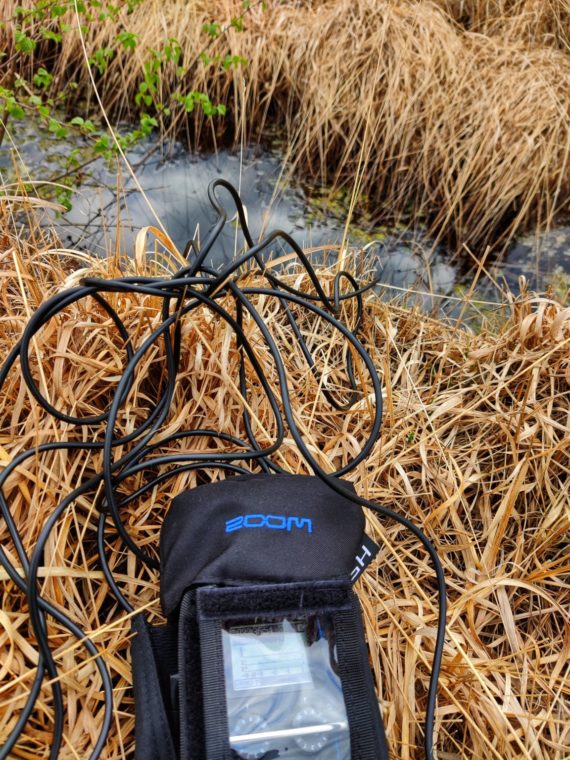 Matter of Water is a weekly record of the colour the water appears to the human eye and also the colour of water taken from a sample at that moment.

These small paintings are specific to that moment – recording light quality as much as water colour. The durational nature of the paintings means that they become a record of time, weather and water levels. 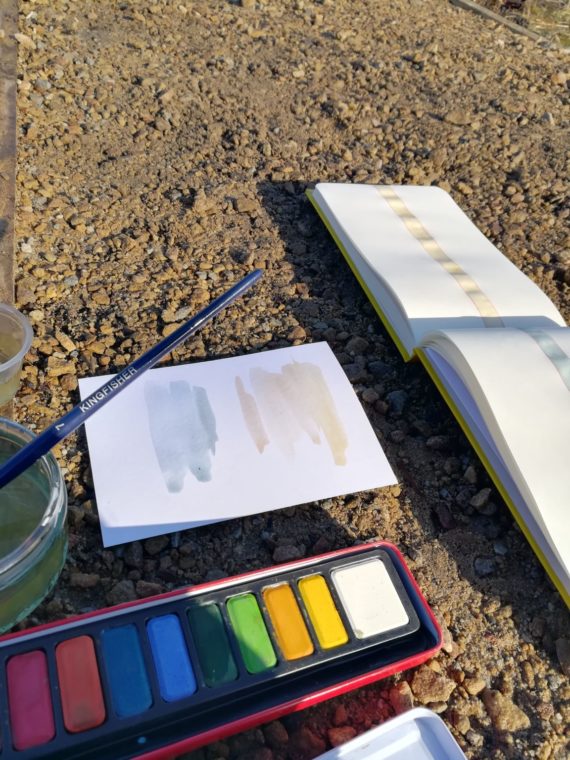 How to hold a cloud in your hand / carbon clouds.

Recent research and climate models have shown an uncertain behaviour of clouds. In some climate models, clouds strongly amplify warming. In others they have a neutral effect or dampen warming slightly. To avoid exceeding a certain level of global warming, the world needs to limit how much carbon is emitted.

Global warming is expected to cause changes in the amount of cloud cover, the height and thickness of the clouds, shifting the balance between the effectiveness of the cloud feedback.

When CO2 levels rise stratocumulus clouds become unstable and break up. When these clouds break up they no longer shade the surface of the earth, triggering global warming of 8c.

One of the most concerning aspects of climate change are the potential tipping points – critical thresholds beyond which rapid climate change occur that are difficult to reverse.

In response to this research I have begun a cloud archive, my clouds are drawn at a scale relative to what I see. The measurement is in relation to my own body, my own hand.  This archive is a future imagining of skies without clouds.