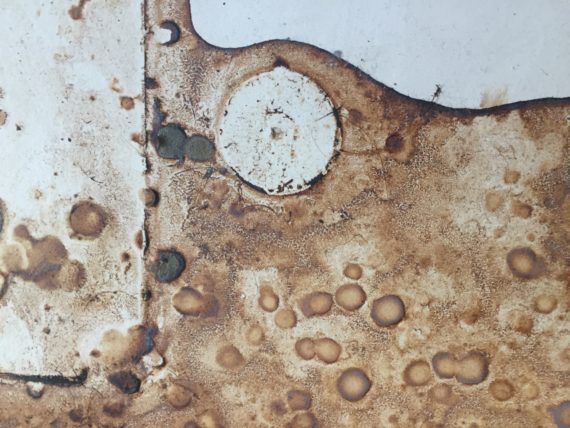 This Friday, 3rd July 2020, will mark the 25th Anniversary of my father’s death.

Even though it’s been this long, it’s only now that I feel able to talk about him and to remember the man that he was and how much I lost that day.

He was born into a poor family in the Tunisian countryside in 1931. I am unsure when his father died but I understand my dad would have still been a very young boy so he was also raised by a single mum, most likely aided by the oldest girls of the family. His name was Ali but he was also called Abdelkader as he had been born on the 27th night of Ramadan, also known as Qadr night, a very special night marking the night when the Quran was first revealed to the prophet Muhammed. Thus Ali remained his official name whilst Abdelkader was the name he was known as.

He grew up quickly , having to learn a trade to help his family meant that he missed out on school and relocated to the capital, Tunis where he lived in the old town (or Kasbah) with his family. The few pictures of him in the Kasbah show him as a joyous young man who worked in bakeries in Central Tunis, a trade he shared with us in our tiny shoebox flat at each Eid.

His wide smile on ancient pictures may advertise joy, freedom and youth but his eyes tell another story, denoting a deep sadness and disconnection. He left for France as an invited migrant used to rebuild France and found work in an automobile plant shortly after. There’s a gap in the story at this point where my mother explains that he came back to Tunis to get married to her and that from the beginning of their marriage, she noticed how his family excluded him and relied on him for bringing things back to Tunis, sharing with them of his harvest in the land of milk and honey in the form of money sent back home regularly. The returns to Tunisia were as looked forward to as they were dreaded. In the proud mediterranean culture of Tunisia, or at least in our dad’s family, there was always a kind of disappointment in seeing us return bearing humble gifts for a growing army of aunts and cousins, silence spoke real loud and my father’s family wasn’t welcomed home as heroes for lifting the family out of poverty but as fools who barely made ends meet in the fancied gold paved streets of Paris.

It was out of the desperation that saw us overcrowded in our tiny Parisian flat the majority of the year and without fixed abode on our Tunisian summers, that my parents decided to save money to get a house built. Years later, this house is still not finished and has cost us much more than money. It stands with its grey bare walls in the scorching sun of L’aouina.

When I was born in December 1974, I immediately sensed the urgency of growing up to save my family, that same old dream my father had had.

He must have lost his job shortly after I was born as I never saw him work again, despite numerous attempts at getting employed again, including a residential training course and other classes, but  as an ageing (45 year old+) man with a very limited command of French and no literacy or numeracy skills, he didn’t manage to turn the tide. I remember that year as he became ill and seemed to never fully recover after that.

He had lost his identity as a provider, as a man, and though he taught himself patiently to read, to write and to do endless calculations at the back of an envelope in a soundscape of daytime television, he was fatally wounded in his soul and in his pride. Anyone could have seen that his health would only get worse with the shame, the loneliness, the boredom, the isolation and a deep sense of having failed at a game that was rigged from the start.

Despite the sad aura surrounding my father’s lost dreams, he was an optimist and never felt sorry for himself. This clever man who taught himself to read basic French and Arabic was always very gracious and taught me to always have an open mind and listen empathically to others with views different from mine.

Watching the example of my father who taught me to keep my word and live a dignified life has made me the woman I am today. Through him also, a barely literate man on the face of it, I have learnt so much about life and the world. His curiosity and passion for education also guided my path in life and made me passionate about making education accessible to all.

The twenty five years that have passed have brought me closer to him everyday even though I kept myself busy and have pretty much been in denial of my loss, to the point where I have been unable to cry. Turning 45 years old and seeing more white hairs appear everyday have also brought me closer to the way he must have felt. My employers who never particularly looked at me as someone they’d promote have now officially renounced considering anything more than lower paid work on zero hours contracts for me.  My father and I  have had very different lives but there have been similarities and even though I was lucky enough to go to school and get a diploma, I have felt the heavy weight of inequalities affect my life from the start, like an athlete wearing the wrong footwear, one size too small. Despite working hard, doing my best and wanting to make my family proud, I have not achieved what I would have liked to. The simple comfort of having a secure home, having friends, having enough money to breathe from one month to the next, feeling valued and a sense of belonging rather than the aura of an eternal foreigner.

My father’s death, twenty five years ago, prompted me to up my substance abuse, I took a nosedive into drugs, self-destructive behaviour, loneliness and single motherhood, a detour that has cost me a lot. Though I have managed to turn my ship around, it feels like it is too late and that I am following in the path of my father’s later years when he renounced his right to be here, his body attacking him from the inside for taking up space. These days I also have quite a few health problems, waking up not feeling my legs, chest pains and the never ending digestive health problems all pointing to my discomfort at taking space, my exhaustion at fighting so many battles, no time to rest and more challenges everyday. I have put on weight and wil soon be empty nested, interacting with the staff at LIDL as one of my only regular social contacts. It is the accumulation of these life circumstances that is pulling me closer to embodying my father’s experience in losing his identity. Some people call it intersectionality, I just call it bad luck or karma. Amongst my widening body, poorer vision and multiplying white hairs, at the back of my eye sockets, I can feel the moisture of the first tears I should be soon able to shed for my father, for myself, for missing the boat and I look forward to be able to cry, get some peace with the past and look to a future where I can give myself permission to cry. 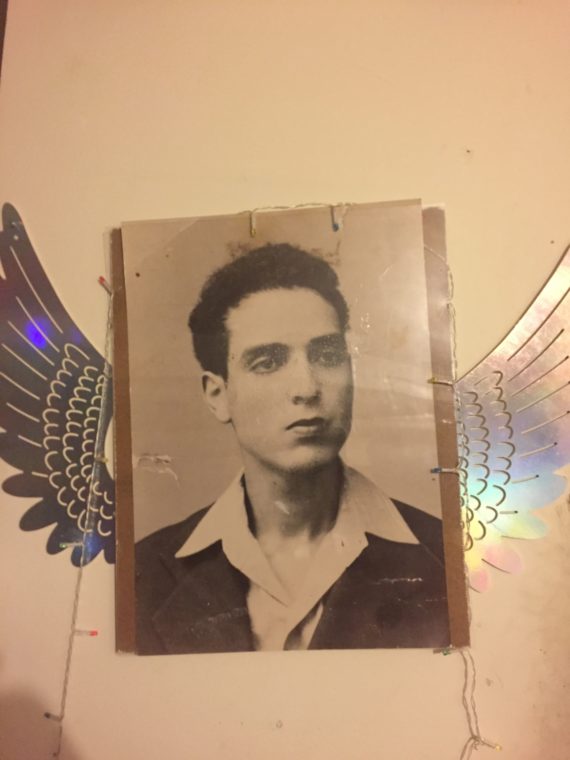