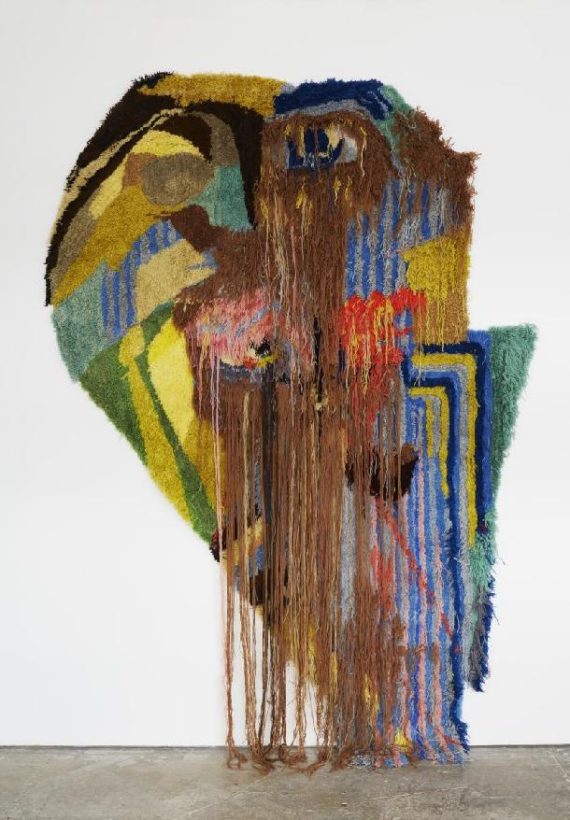 If there would exist only one camera in the world, who should own it? Have the freedom to “own” that one camera for the rest of your life.

The following conversation with Johannes Maier took place as part of her participation in the Critical Perspectives at Teesside University Fine Art. Johannes Maier’s work documents events in which he collaborates with people and institutions such as interpreters at the European Commission and a newsroom picture editor at the BBC. The focus of Maier’s work, intentionally positioned at the boundaries of art, documentary and media, is a critical engagement with televisual forms. His work has been shown internationally in group and solo exhibitions, as well as in film festivals including: New Contemporaries, East International, the Short Film Festival of Oberhausen, and Kunstverein Bielefeld. Johannes Maier lives and works in the UK, he currently teaches film at the University of London. His film portrait about the curator Hans Ulrich Obrist is in production.  For the entire interview, please go here.

Critical Perspectives: I was wondering if you could talk a bit about the lineage of the work you are doing and how you approach it or see it within a broader context of art making?

Johannes Maier: My work is critically concerned with televisual and cinematic forms. I often collaborate with people in my work, with individuals, with institutions. The methods I use are aligned to those of documentary filmmakers, journalists, perhaps visual anthropologists. I cannot associate myself directly to anyone of those trades and therefore remain, I suppose, an artist.

CP: You made a remark in passing about the difference between art students and film students in general and I was wondering if you could talk about this a bit?

JM: I can’t remember what I remarked in passing. Perhaps let’s answer your questions in this way. The majority of art students, from my experience, do not know why they do, what they do. This might be a good starting point for being an art student. The majority of film students don’t know what they do, but they think they know why they do it. The reason for knowing relates to some vague career plan.

CP: So instead of doing the more traditional talk as part of this instalment of Critical Perspectives, you opted towards a series of workshops. Could you speak about what you intended and the shape of these, or how they finally came together?

JM: I am selfish here. I am curious. I was interested in trying out a short, but intense workshop, without knowing whether it would be successful or not (‘success’ remains to be defined here). I did not want to know the outcome from the start. Art students (at least in the UK) are trained to ask questions or give answers in tutorial based situations. The same goes for artists or lecturers giving presentations and answer questions afterwards. I often feel I know the outcome, whether I am the one in the audience or ‘on the stage’. It is a vague outcome. In Teesside I was not keen on vagueness. I wanted to be ‘hands on’ with the students, and I wanted the students to be ‘hands on’ with me. If we talk about ‘critical perspectives’ here, then the uncertainty, the dynamic, the communication between the students themselves and between them and me were critical throughout. Let me be provocative; running tutorials as an art tutor is a rehearsed task. Talking as an artist about oneself and the work also, unless one prefers not to. I was not interested in excluding these forms of ‘teaching and learning’ but integrating them into the unrehearsed workshop.

CP: How does this fit in with what you are doing in your own work or your interests in general?

JM: I quote from above: “I often collaborate with people in my work, with individuals, with institutions.” For example, I understand this workshop as making, raising curiosity and not necessarily knowing the outcome.

CP: One of the questions we have been posing through these Critical Perspectives artist talks is around what is contemporary. There’s a quote from Simon Critchley and it has to do with the idea of contemporary referring to something very specific when it has instead become a catchall for many practices. He observes, ‘The problem with contemporary art is that we all think we know what it means and we don’t.’ (http://www.brooklynrail.org/2012/08/art/absolutely-too-much) How might we think of these practices in regards to this, but also for understanding our contemporary moment?

JM: I think I require more time to think about the contemporary, about history, in order to reflect on it. By that time, time will have passed.

CP: Since you have a bit of history and connection with Teesside University, what might be appealing to artists about a place like Teesside? Why might it be more likely that these sorts of ideas and approaches might emerge from an environment like this as opposed to someplace like London or New York?

JM: I am curious why you ask this question? I am not too familiar with the ‘current cultural climate’ in Middlesbrough, but I have noticed a shift in MIMA’s internal and external socially engaged forces. When I visited Teesside for the first time in 2009 a retrospective of Gerhard Richter’s work was on display in the galleries. This time, in early 2017, I was eating a soup on the ground floor. The restaurant, I heard, is partly conceived as a research project by an artist from Teesside. Gerhard Richter’s work made me hungry for soup. The soup made me hungry for remembering Richter’s work.

CP: On a separate note, there seems to be a rethinking around art school or its significance, but maybe it has parallels to what we were just discussing? I’ve also been talking with a lot of artists about the idea of art school or art education in general—I see it as at a bit of a crossroads, but in the positive sense. As an artist, I wonder what are your thoughts or what exactly art school is for or what do you see as the opportunity that this presents in the current situation?

JM: I have been thinking with friends and colleagues for a long time about art schools and their significance. So much so that I worked on one myself (ARTSCHOOL UK) with my close friend and artist John Reardon in 2010. Art education in this country reveals many unanswered questions. They exist in other countries too, but here, they seem most urgent. I think your question is relevant and summarises this urgency quite vividly. If I have the answer, I will let you know.

CP: In this sense and in light of the current cultural climate, what might we better understand this and its significance? Or as a follow-up, if we were to think about what is essential or necessary about art school (or artmaking for that matter), what would that be?

JM: I can only return to your previous question here, and highlight it in a different way. Participants in art schools – whether they are named students, tutors or professors – will need to ask themselves again and again what they think they are doing here (in the art school).

CP: Do you have any advice you would give art students in general or for artists or people working with film just starting out?

JM: This goes with any kind of tool, media or practice. If there would exist only one camera in the world, who should own it? Have the freedom to “own” that one camera for the rest of your life. Practice with it and learn to “play this instrument” for at least 7 years. If you use the computer to appropriate and re-use moving images, ask the same questions. Who in the world should own the only existing computer that can access to the Internet? Then own it, but don’t forget to look out of the window occasionally whilst putting the tool or instrument aside.

CP: So what are you excited about at the moment? In the world? In art?

JM: Spring time is close on the northern hemisphere. I saw an excitable exhibition by the artist Lucy Raven and I remember a conference contribution by Gustav Metzger some ten years ago. He played back “Diamonds are the girls’ best friends” and spoke about Damien Hirst. On the 1st March 2017 – exactly one week ago – Gustav Metzger died in London.

CP: Where do we go from here?

JM: With Gustav Metzger in mind, we will go ‘from here’.

The Critical Perspectives series presents artists and thinkers from across disciplines, offering artist talks, mentoring, lectures, workshops, and tutorials at Teesside University. Simon Critchley observed, ‘The problem with contemporary art is that we all think we know what it means and we don’t,’ and that has been our jumping off point. With an international focus and interdisciplinary approach, Teesside University Fine Art’s Critical Perspectives challenges us to rethink our location within an ever-evolving community of artists in the twenty-first century.