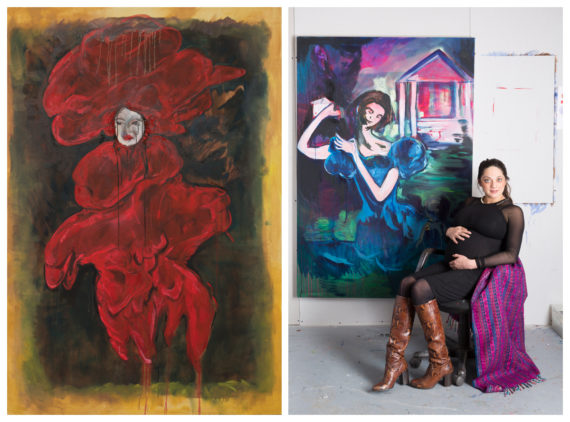 Artist Workshop – Saturday 28th January, 2pm
Conducted by Nadine & inspired by three of the graves in the cemetery

Kensal Green Cemetery, West London’s quiet grove and historic resting place of the rich, glamorous and often infamous, has plenty of famous men as well as the devoted, often unsung women in their lives, including Lord Byron’s wife and Oscar Wilde’s mother. Founded in 1832, Kensal Green was the first of seven so called “magnificent cemeteries” built in Victorian London. For every Victorian gentleman here there are many more women, mythicised in novels and paintings, both fallen and forgotten, whose bodies won’t be found here but whose spirits haunt its grounds.

Just as wildlife thrives on man’s deathly soil, nearly two centuries after its first occupant, Margaret Gregory, was buried here, the historic Kensal Green chapel has been reopened as Dissenters’ Gallery and three emerging young female artists will reclaim the space anew in Haunted Beauty, a series of exhibitions starting in 2017. Curator Vicky Caplin has selected artists who are heroines of their stories, starting with a solo show by Nadine Talalla. 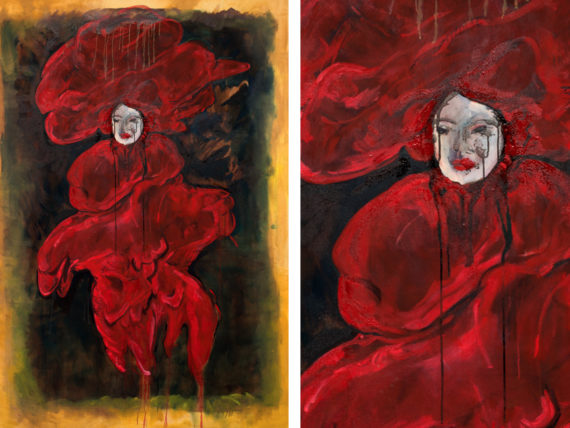 Interested in female archetypes and tragedy, Talalla paints what she calls “ugly women” taken from different points in history and embedded in fantastic, dreamlike narratives. She paints strong female archetypes who are not idealised to a male standard of perfection. Talalla takes influence in part from regency painting and the later Victorian period, a time of contradiction, where sex and promiscuity were covered up morals and tradition. “There is this grotesqueness and deformity in my work. At the same time there’s this veneer of civilness, which in my paintings looks quite satirical. Austerity is not in keeping with the reality that is going on,” she describes. Presented as goddesses, and other times as mythical beasts, Talalla’s women never seem to be rooted like ghosts, though this has as much to do with the artists’ international upbringing.

Born to Malaysian and Australian parents, and educated and living in Australia, Malaysia, United Kingdom and China, Talalla draws from a vivid spectrum of influences from Greco-Roman art, Mycenaean deities, calligraphy, and the Malaysian spirit world. Contemporary influences include the Expressionist art movement and contemporary female artists Jenny Saville and Cecily Brown.

According to the artist this dislocation has much to do with why she paints: “A lot of the reason behind why I was attracted to painting is because it allows you to create another world, to have a place that you can go to. I like the idea that paintings have something solid about them and that they have these limitations. They go into a home and they have a feeling of belonging about them, much more so than with other forms of art.”

The Haunted Beauty series will continue throughout 2017, showcasing emerging female artists and presenting an engaging programme of art, talks and events at this atmospheric London location.

Kensal Green Cemetery is London’s oldest burial ground, the first of ‘the magnificent seven’ and Britain’s first commercial cemetery. Otherwise known as ‘The Cemetery of All Souls’, the cemetery is deeply rooted in history and mysticism and holds over 65,000 graves. Founded in 1833 by Barrister George Frederick, the cemetery was inspired by the Pere-Lachaises Cemetery in Paris. It is now also managed as a nature reserve and houses a variety of wildlife and over thirty-three species of birds across its extensive, seventy-two acre grounds. 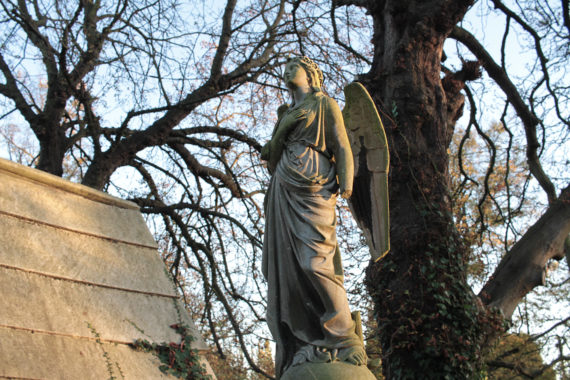 The cemetery hosts three chapels catering to various faiths. The Dissenters’ Chapel and Gallery was originally built for the purposes of serving non-Anglicans as the first public cemetery in the British Isles. Over time, the chapel became less used, worn down and eventually turned to ruins. The space has since been restored to its former glory and is now used on a daily basis as both a chapel and communal gallery space. The Dissenters Gallery is a wide, tri-borough community space, serving The Royal Borough of Kensington and Chelsea, Hammersmith and Fulham, the City of Westminster and the London Borough of Brent. The revival of The Dissenters Gallery will assist the cemetery’s Friends of Kensal Green charity appeal to maintain the historic sarcophagi and restore the damaged wall. 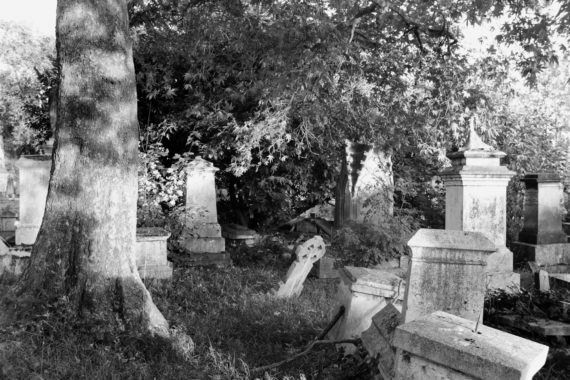 With its Neo-Classical design in the Greek revival style by John Griffith, Kensal Green Cemetery swiftly became regarded as one of the most fashionable cemeteries in England. The cemetery to date also has the largest collection of mausoleums in Britain. Notable persons buried here include over 650 members of titled nobility, famous engineer Isambard Kingdom Brunel, Oscar Wilde’s mother, renowned mathematician Charles Babbage, novelist Anthony Trollope, Lady Byron, the original WH Smith, Charles Dickens’ in-laws, Winston Churchill’s daughter, tea tycoon Richard Twining, playwright Harold Pinter and flamboyant musician Freddie Mercury. One of the more unusual and less well known residents buried here is James Barry, a British Army surgeon, who after his death in 1865 was discovered to be a woman.

As G.K. Chesterton famously said in ‘The Rolling English Road’ – “there is good news yet to hear and fine things to be seen; before we go to Paradise by way of Kensal Green.”