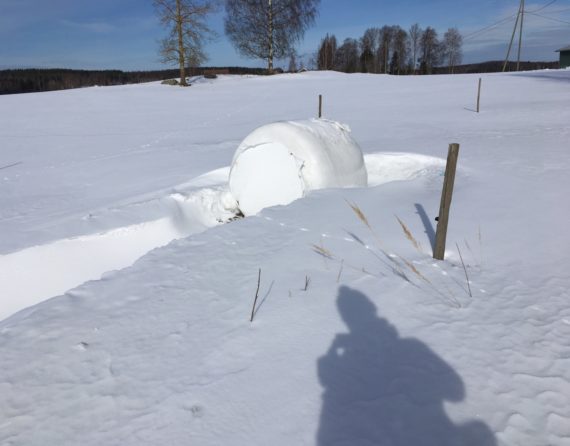 I’ve had time to get distance from the work created Arteles Residency, but am currently too wrapped up in commercial work to give it due attention. What’s exciting is that a group of artists who run a shop window project space have invited me to show the work in some form, having seen images I shared on Instagram. I really like the space – it is not big, and an odd cuboid box shape; but these limitations mean it’s a less daunting prospect for exhibiting solo and presents an interesting spatial puzzle. The potential to use projection and/or blow the drawings up into 3dimensional objects really excites me.
The work I made in Arteles was pretty strictly observational, direct research stuff. Slice of life, reportage documentation, whatever to call it. Having not looked at it much for 6 months, the opportunity to revisit it and reconfigure it with the endpoint of a small exhibition is appealing.
At the end of this blog (and, appropriately, the end of a year) I need to work on bringing projects to fruition and curb my bad habit of not getting things done for fear of it not being ‘amazing’.
Also, The ’Timin Manty’ tree portrait I made while in Finland kick-started a new long term drawing project about Trees since returning to the UK. I’ve learned here that I work well with some kind of underlying structure to a project, but one whose boundaries also have room to evolve and mutate. I still have difficulty about launching work to public scrutiny though, so haven’t quite figured out how to present the project. I need to overcome fears of making work public and letting it have a life, not fearing that moment and thinking there’s ever anything to lose.

Several visits to Frantsila herb farm.
Anna was great. She does marketing and helps develop new concepts for Frantsila and was keen to tell me all about the company, how it grew, how it’s founding ethos remains intact at it’s heart. She’s allowing me to go anywhere and has told all the staff I’ll be around.

Drawing in the quiet polytunnel at Frantsila gave me headspace to think more about what I like (or don’t like) about making these works. It does appear true that I have city fatigue, being in nature just gives me such a happy contentment. I sense a mirroring between me drawing with ink on paper and them planting their seeds out by hand.
Janius talks about how growing things and being connected to the earth is important to him.
I feel that way about drawing I say.
Janius: Some people like to wear gloves. Me, when there’s no pesticides or chemicals, I like to feel the soil.

In preparation for the end of residency open studios I worked on captions for the pictures I have – particularly the ones I don’t really like. They look better.
This could all be intense research for future work. That is also OK.
2 things I’ve learned for now:
Language is important. It was a relief and so enjoyable to be able to chat with Anna, Valo and Janius at Frantsila.
Time scale. It would work better to pace several visits of longer time period.
So I’m learning things I can use back in UK.


Stifled imagination. These observational drawings.
On House of Illustration website I saw some images of process, featuring loads of photo reference. And I realized some of the artists here use photo reference all the time. And I’m sure heaps of other people I admire do. I should get over this block I have. I do like the life connection though.

Squeezed in a trip in the evening sunshine to see Timin Manty – the ancient Pagan tree. In the end I only had half and hour to draw, but this meant I worked quickly and roughly in ink, using broad brush strokes and washes to fill the page. Then completing it at home. In my mind, my reference was those vintage painted tourism posters. Could have done with slightly better layout… I seem to have less patience with work lately… wanting to do things quickly and instinctively and not to stress about it needing more effort / work. Because it’s hard to judge whether working more on an image will be good or bad. When to know if it’s finished. It’s easier to do something quickly and say ‘done!’ than to make a judgement call on what it needs, where. If I was using digital process I would be shifting and erasing and tweaking things continuously so maybe this is a response to that way of making. It makes it harder… to commit to something on paper takes distinct skill, knowledge, some clarity of intention surely. But you get that knowledge from the experience right. So I had to leave it overnight so I can see it again with fresh eyes, judge if it’s balanced and completed.

Late start. Partly due to tapping my fingers waiting for bikes to be set up. Went over crossroads by bike, heading for dairy farm but instead found Maun, with his logs flying through the air and couldn’t resist. He was amused by my translation card. We’d have probably had a laugh but for the language barrier. He seemed to be by himself, nobody emerged from the farmhouse.
He had this great system with his 3 engines, for processing the wood. Meaning he can do it all himself and in solitude.
He went into his house, at the end. So before I left I plucked up some courage (wtf wrong with me?) to say goodbye. As I approached the house he was in the window, wearing comfy house clothes. I just had a fleeting image of him putting me in the basement. He was glad I’d come by and smiled happily when I gave him my website . We shook hands, he wrote his name down. I did a Kiitos palyon.

The drawing I made feels mediocre. As I was completing it in dissatisfaction it I had the disturbing thought that I was living the dream if the dream is a 6 year old’s farm machinery obsession. Like that place ‘digger land’ where grown ups can go to play on bulldozers.
0 Comments

I use drawing and animation to convey personal narratives, especially where an individual’s experience is shaped by the environment they occupy.